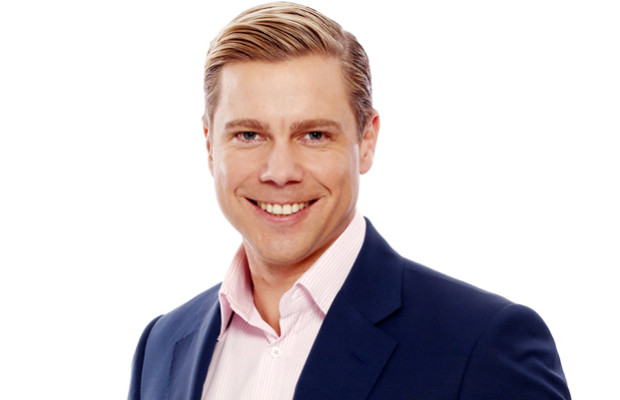 Holt jumped at the chance to report on the Sunshine State’s unique weather patterns.

“I personally think Queensland is the best state to cover weather events,” he said.

“We get tropical cyclones, lots of severe thunderstorms, heavy rain and prolonged dry periods. All types of weather features are affecting the whole state.”

Holt’s parents were born and bred in Brisbane, and he looks forward to living closer to his two grandmothers who live in Brisbane and on the Gold Coast.

“In 1974 my parents were married that year in Brisbane and their wedding cake floated down the Brisbane River,” he said.

Holt is already very familiar with the state, having covered the Brisbane and Queensland floods and Tropical Cyclone Yasi during his five years at the Weather Channel.

“I was in Townsville when Yasi hit,” he said.

“I’ll never forget being evacuated from my hotel room into the lobby. Listening to it was like a 747 or a jet fighter hovering above you for hours.”

“I don’t use Autocue; I’m totally adlib,” he said.

“Hopefully I can bring an easy understanding to the viewers when they watch.

“I will be splitting my time between the studio and out in the field covering big weather events. I’ll be broadcasting from some interesting places.”