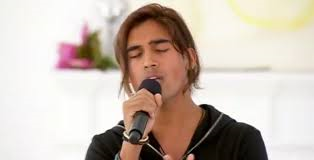 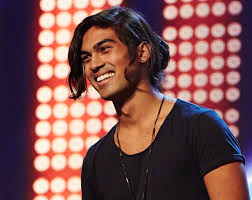 Adrien Nookadu is one of Australia’s favourite contestants from X factor 2014. Based in Sydney NSW.

Adrien Nookadu is a 17 year-old contestant from New South Wales. Nookadu comes from a musical family; his father is a musician and his brother is a record producer.

Adrien Nookadu previously appeared as a performer in the 2012 reboot of the Australian talent show, Young Talent Time. Aside from singing, he is also a trained dancer.

Nookadu auditioned for The X Factor singing “Thinkin Bout You” by Frank Ocean and progressed to the super bootcamp round of the competition. For the first challenge of bootcamp, he was placed into a group with three other contestants from his category to perform a song together for the judges.

Adrien Nookadu made it to the second bootcamp challenge, where he performed a song by Ne-Yo to the judges and a live audience of one thousand. He then progressed to the home visits round in New York City and performed “More Than Words” in front of his mentor Natalie Bassingthwaighte and guest mentor Jennifer Lopez.