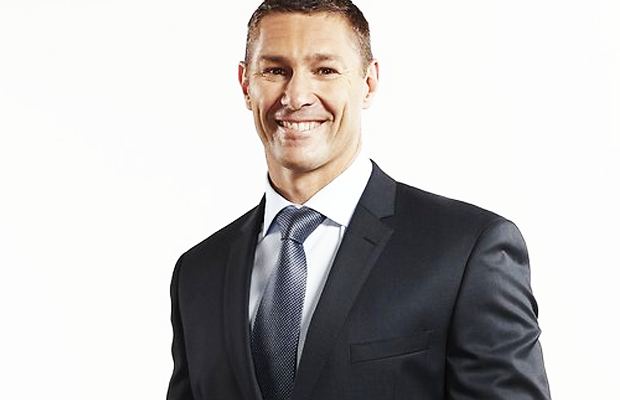 Selected at pick 50 from the Hobart Football Club in the 1986 VFL Draft, Alastair Lynch began his senior football career at Fitzroy in 1988. He signed his first contract on 5 February. He was an intimidating player in defence, playing fullback and centre half back. In his early years his notable abilities were strong marking (his outstanding aerial abilities recognised when he won the 1989 Mark of the Yearaward) and heavy tackling. His titanic battles with key forwards such as Tony Lockett were highlights, and Lockett has commented on Lynch being one of his toughest opponents. In 1993, Fitzroy coach Robert Shaw moved Lynch to full forward, where he led the club’s goal kicking with 68 goals and won the best and fairest award. Lynch also played fullback in the 1990 Tasmanian State of Origin team, the first Tasmanian team to defeat Victoria in 30 years.

In 1994, Alastair Lynch transferred to the Brisbane Bears. At the time, the Brisbane Bears, like the Fitzroy Football Club, were experiencing lean times, but improving somewhat under the coaching of premiership coach Robert Walls. The term of Lynch’s contract, ten years, was unprecedented and at the time considered by outsiders to be a great risk for the club.

Alastair Lynch came full of promise to the Bears. In the early years, he became a poster boy recruit for the struggling club which lacked big name players.

In his first few games of the 1994 AFL season Alastair Lynch had suffered a broken collarbone and knee surgery, making him unable deliver his best. In 1995, he contracted a mystery virus which was later revealed that he was suffering from chronic fatigue syndrome which sidelined him for the entire 1995 season. Some commentators believe that if Lynch had played that season, then the Bears could have won a premiership. Others believed that Lynch contracted chronic fatigue when overtraining during his rehabilitation from injury. Lynch was one of the first sportspeople in Australian to experiment with the ice bath which proved to assist in his recovery, and became a public figure for the illness which was struggling for credibility at the time.

In his return the following season, the Bears, struggling for forward line talent and with an increasingly talented backline, first experimented playing Alastair Lynch up forward to relieve an ageing Roger Merrett with some success. Successive seasons saw him interchanged between the two opposite ends of the ground.

When Fitzroy merged with the Bears after the 1996 season to form the Brisbane Lions, Alastair Lynch was made a semi-permanent forward but was unable to perform at his peak for the next two seasons due to minor recurrence of his illness.

Alastair Lynch was appointed as club co-captain with Michael Voss in 1997, a position that he held until 2000, when Voss assumed the full captaincy.

Still struggling with intermittent lapses of Chronic Fatigue Syndrome in 1998, Alastair Lynch discovered that the drug he had been prescribed at the beginning of the season, although with the permission of the Australian Sports Drug Agency (official AFL drug agents), had been added to the IOC list of banned substances. He took it upon himself to alert the AFL and was controversially charged for taking a prohibited substance before eventually being cleared.

A new beginning for Alastair Lynch and the Lions came in 1999, under champion coach Leigh Matthews. He played some games in defence but usually at full forward. Improvements in his strength, kicking for goal and positioning during marking contests made him one of the most feared forwards in the competition.

The Brisbane Lions endured great success for the 2001, 2002, and 2003 seasons, with Alastair Lynch becoming a multiple goal kicker against the game’s most prominent fullbacks including Stephen Silvagni, Matthew Scarlett and Shane Wakelin from Collingwood, Brisbane’s on-going rivals. In this period, Lynch played in three winning premierships. In 2004, he was the competition’s oldest player at 36 years of age.

Alastair Lynch announced his retirement after Brisbane’s loss in the 2004 AFL Grand Final. It was viewed by some as a disappointing end to his career; he injured his quad early in the game, his only statistic for the day was giving away a free kick which led to Port Adelaide’s first goal for the match, and he would have missed the first ten matches of 2005 after being reported a record-equalling seven times for exchanging punches in an all-out fight with Port Adelaide’s Darryl Wakelin, for which Lynch was also fined $15,000. Lynch has since admitted significant regret about his behaviour in the match.

Alastair Lynch would be remembered as a player who overcame great adversity to become one of the premier players with one of the greatest teams the game of Australian rules football has seen.