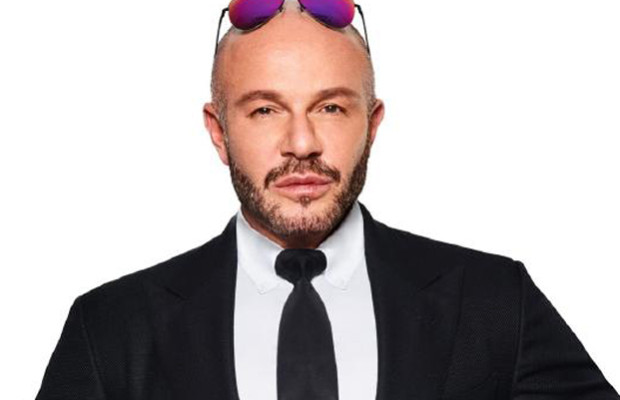 In 1992, Alex Perry launched his brand from a Studio in suburban Kensington creating gowns, corsets and sheaths. Alex’s gowns were quickly acclaimed. Vogue Australia was the first to feature his jewelled corsets and glamorous sheaths in their main fashion shoot. This was Alex’s first editorial shoot, and the gowns photographed soon became his signature style. Alex Perry gowns have since ongoingly featured on the covers of Vogue, Harpers Bazaar, Marie Claire, InStyle Australia, Madison & Grazia Australia.

Alex Perry relocated his studio in 1994 to Double Bay, Sydney, where he built up his clientele to include high-profile celebrities, social identities and personalities. Alex Perry was a designer at the inaugural Mercedes Australian Fashion Week held in May 1995, and has shown collections each year. Perry’s runway shows have featured models such as Linda Evangelista, Alessandra Ambrosio, Megan Gale, Miranda Kerr, Alyssa Sutherland, Nicole Trunfio and Lily Cole.

Alex Perry launched his first “ready-to-wear” collection in 1998. In May 2002, Perry opened his Sydney boutique at The Strand Arcade. The Alex Perry “ready-to-wear” collection represented a new generation of evening wear which launched globally in 2013. Alex Perry is renowned for his gowns, making him much in demand for red carpet and event dressing. Alex Perry’s statement dresses, often with intricate details, have led to an ever- increasing local and international client list.

International models Elle Macpherson, Linda Evangelista and Claudia Schiffer have donned his designer ball gowns and red carpet evening wear. Jennifer Lopez and Nelly Furtado both chose to perform on stage and walked the red carpet in Alex Perry gowns. His designs have also been modelled by Jennifer Hawkins, former Miss Australia and Miss Universe and currently host of Australias Next Top Model.

Alex Perry has appeared as a fashion commentator or co-host on such television programs as 50 Years of Television – Red Carpet Reportage (Seven Network), Melbourne Cup Fashions on the Field (Seven Network), the Australian Fashion Awards (Nine Network), Ultimate Make Over (Seven Network), and also provided the commentary for Prince Charles and Camilla’s wedding. During its run, he was a regular guest on Mornings with Kerri-Anne on the Nine Network and still makes appearances on other morning television shows.

Alex Perry is the only judge to appear in all nine series of the reality television series Australia’s Next Top Model. He was originally cast by the show’s producer Josie Mason Campbell after she saw his dynamic performances on Mornings with Kerri-Anne and was looking for a charismatic but credible fashion talent.

He appeared as a contestant in Celebrity MasterChef Australia in 2009, and Talkin’ ’bout your Generation in 2010.

In July 2011, Perry took over as mentor on Season 3 of Project Runway Australia.

In May 2014, Perry hosted the two-part reunion of The Real Housewives of Melbourne.

In December 2014, STAR World Asia announced that Perry will be a part of the judging panel as a creative director of Asia’s Next Top Model (cycle 3).