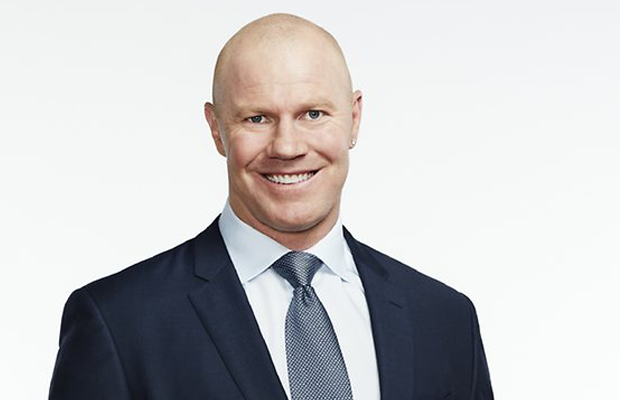 Barry Hall made his AFL debut for St Kilda in 1996. He helped fill the void of the record-breaking forward Tony Lockett, who had moved to the Swans the previous season. His most memorable performance for the Saints was his 3-goal burst during a five-minute period in the second quarter of the AFL 1997 Grand Final, in which put his side in a strong position going into half time, despite St. Kilda going on to be defeated by the Adelaide Crows by 31 points at the MCG. He played for St Kilda until 2001, kicking 144 goals in 88 games and being the club’s leading goalkicker in the 1999 and 2001 seasons. He kicked a career-best 8 goals in Round 16, 2001 against the Western Bulldogs. He left St Kilda at the end of 2001 in style, kicking a goal after the final siren of a Round 22 match against Hawthorn to win the match. One of the main reasons for leaving was the rise of Nick Riewoldt,Justin Koschitzke and the recruitment of Fraser Gehrig, as well as salary cap constraints. Ironically, he left the year before Brian Waldron was appointed the club’s CEO.

Barry Hall joined the Swans for the 2002 season and prospered under the coaching of Paul Roos. He led the club’s goalscoring in every season up until 2009 and was named club Best and Fairest in 2004. He has said that he benefited from the move to Sydney, in particular the relative anonymity he enjoyed when first arriving, playing alongside Tony Lockett in Lockett’s comeback from retirement season. Hall’s form reached a high in 2004 when he was named in the All-Australian Team. He then took his game to a whole new level from 2005, and not only bagged 80 goals for the season and a second placing for the Coleman Medal, but set up many more goals as well. He was selected in the All-Australian list in 2005 and 2006 and captained the Swans to their historic 2005 AFL Grand Final premiership victory, their first since 1933. He led the Swans goalkicking in seasons 2005 to 2006, and in that two-year period he kicked two bags of seven against Essendon in their matches in Melbourne (a win in 2005 but a loss in 2006). He also led the club’s goalkicking in seasons 2007 and 2008, but in those two seasons he struggled with suspension and injury. He has also kicked big bags of goals against notably weaker opponents such as Carlton.

Barry Hall earned a reputation as a controversial player, with several appearances at the tribunal resulting in four suspensions for a total of 10 matches. He has given away almost twice as many free kicks as he has been given over his career, and in 2003 Swans coach Paul Roos questioned whether Hall was given all the free kicks he deserved. Hall struggled with injuries through the 2007 season and his form was generally considered to be somewhat down from his peak, although he played a number of outstanding games and still led the club’s goalkicking with 44. In 2008, Hall began the season in good form but, following a reckless punch thrown against West Coast Eagles player Brent Staker and a further incident where he aimed a punch at a Collingwood player, he missed a number of games and was suspended from the Swans’ team on 8 July 2008.

In Round 19, 2008, against the Fremantle Football Club, he kicked the last goal in the final minute and won the game by four points. He kicked a bag of goals in that game and in Round 20, against the Geelong Cats, he kicked five goals and one behind. In spite of the Swans’ 39-point defeat to the reigning premiers he was the leading goalkicker for the game. In 2008 Hall was awarded the Paul Roos Award for the best player in the finals. He finished the year as Sydney’s leading goalkicker for the seventh consecutive year, equalling the club record of Len Mortimer.

Barry Hall kicked his 600th career goal against the Western Bulldogs in Round 10, 2009, when he kicked six in that game. After a striking incident involving Adelaide’s Ben Rutten in his 250th game, Hall was put under an immense amount of pressure from coach Paul Roos to leave the club. Hall called a press conference on 7 July 2009 to announce that he was no longer going to play for the Swans. He kicked four goals in his last game for the club.

It was announced on 6 October 2009 that the Western Bulldogs had agreed to trade draft pick 47 for Hall with Sydney. On his Bulldogs’ debut, in the second round of the 2010 NAB Cup, he kicked six goals against Hawthorn. He then kicked four goals against Port Adelaide and had a part in the final and winning goal which gave the Bulldogs a place in the NAB Cup grand final against his first club, St Kilda. In the final he kicked seven goals, including five in the last quarter, to lead the Bulldogs to their first grand final success of any kind since 1970. He was awarded the Michael Tuck Medal for best on ground. He made his home and away debut for the Bulldogs in Round 1 against Collingwood at Docklands Stadium, but his side were defeated by 36 points. Hall kicked three goals.

Hall’s good form at the Bulldogs continued, with four and five goals in successive games helping him get back to his best form of his early years at the Sydney Swans. In 2010 Hall was tripped by Essendon defender and rival Dustin Fletcher in Round 10, costing Fletcher a one match suspension. In Round 15 in 2010, he kicked six goals against Carlton and also suffered an ankle injury. He finished second on the 2010 Coleman Medal table with 73 goals in the home and away season, behind Richmond’s Jack Riewoldt. He kicked his 700th goal against the Gold Coast Suns in Round 3, 2011 and in Round 17, 2011 against North Melbourne he became the first player to kick over 100 goals for three different clubs when he kicked five goals.

On 19 July 2011, Barry Hall announced his intention to retire at the end of the 2011 season. Despite captaining Sydney to their 2005 premiership, Hall stated that he wanted to be remembered as a Bulldogs player due to them giving him a last chance at playing AFL football in 2010.

Barry Hall ended his AFL career with 40 goals in his last eight matches and 55 overall for the 2011 AFL season. In total he kicked 746 career AFL goals, placing him 14th on the all-time goal-kicking list.