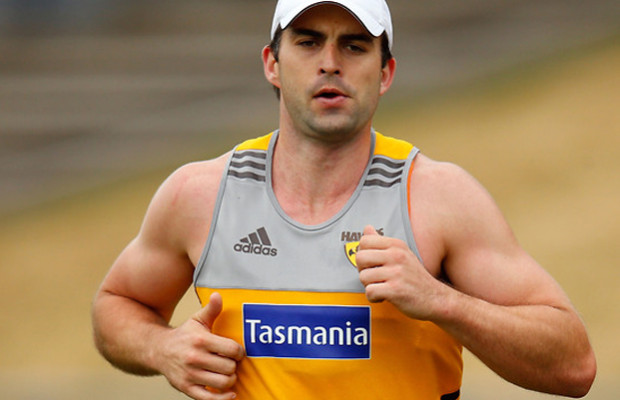 By the 2005 season, Brian Lake’s role in blanketing some of the best full-forwards in the game was seen as outstanding. He had come of age and shown significant improvement, much like many other of his Western Bulldogs teammates (such as Daniel Giansiracusa, Robert Murphy and Dale Morris), who led the team to within half a game of a finals’ berth.

In 2007 he developed into one of the leading full-backs in the competition and is remembered for the match against St Kilda in which he held Fraser Gehrig, a dual-Coleman Medal winner, to no possessions for the entire match. That year he won the Charles Sutton Medal as the Bulldogs’ best and fairest player.

Brian Lake earned a place in the 2009 AFL All-Australian team in the back pocket as his first All-Australian honour. In season 2010, he was again named in the 2010 AFL All-Australian at full back. Lake has often been referred by many commentators as a “defensive monster” due to his ability to out strength his opponent and take the mark in contested situations.

Brian Lake, along with pick 27, were traded to the Hawthorn Football Club at the end of the 2012 season during the trade period, in return for picks 21 and 41. The trade on the first day of trade week had caught many sport commentators by surprise that a deal was done so quickly. While the rest of the Hawthorn playing group were away on holidays, Lake trained at Waverley and lost 5 kilos before the team returned for pre-season training. A corked thigh caused him to delay his debut for his new club until round 5 against North Melbourne.

Lake’s move to Hawthorn culminated in his first AFL premiership, with Hawthorn defeating Fremantle and Lake winning the Norm Smith Medal for best on ground. Lake played 21 games in his first season as a Hawk, his two goals were kicked against Sydney in consecutive weeks. In 2014 Lake was involved in an on field incident with North Melbourne’s Drew Petrie during their teams’ Round 16 match. Lake was seen holding Petrie in a strangle-like position on the ground for an extended period of a time before Petrie’s teammates dragged Brian Lake away. Lake was charged with misconduct by the AFL Match Review Panel and referred straight to the AFL Tribunal for determination. Lake went on to win 2 more AFL premierships with Hawthorn in 2014 and 2015, playing a pivotal role in Hawthorn’s success. This era is the first time Hawthorn have ever won 3 successive premierships in its history. Lake announced his retirement on 6 October 2015 after playing his last game for Hawthorn in the 2015 AFL Grand Final and winning his 3rd AFL premiership.