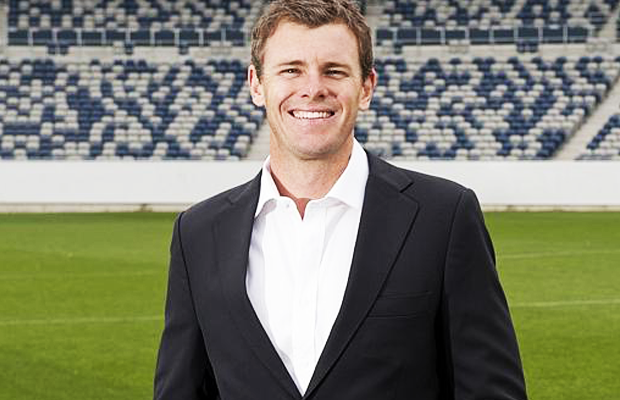 Cameron Mooney made his AFL debut with the Kangaroos during round 7 of his first AFL season against the Adelaide Crows. That year, he was a member of the Kangaroos premiership team which defeated Carlton. However, he did not receive a single touch in this game and spent a large portion of the game on the bench.

At the end of 1999, Cameron Mooney was part of the trade which saw former Geelong captain, Leigh Colbert head to the Kangaroos, allowing Mooney to end up at Geelong. He was traded along with the 53rd and 67th selection in 1999 AFL Draft. This season also saw a Kangaroos assistant coach, Mark Thompson, take up the head coaching job at Geelong.

Following four unproductive years off the field, Cameron Mooney blossomed in 2004, subsequently catapulting Geelong to premiership contention. In 2005, Mooney’s year was interrupted by injury. However, he destroyed Melbourne in the elimination final. The defining snapshot of Mooney’s career was after the siren in the semi final against the Sydney Swans where Geelong lost by 3 points after Nick Davis goaled for Sydney with 2 seconds remaining giving the Swans their first and only lead of the entire game. Mooney was gutted by the result and was openly distressed and weeping. The Swans went on to win the 2005 Premiership.

Playing permanently in the forward line for the first time, Cameron Mooney had an instrumental role as Geelong finished on top of the ladder at the end of the home and away season. Mooney topped the club goalkicking with 55 goals and was awarded with All-Australian selection for the first time. He is seen by some as the heart of the club due to his heart-on-sleeve attitude. Mooney capped off a remarkable season in 2007 kicking 5 goals in the premiership victory over Port Adelaide.

Cameron Mooney started the match well taking a few early marks and ended the first quarter with two goals including one from a difficult snap from the boundary line. All this early good work fell to pieces at half time, when Mooney who seconds before the siren marked the ball about 5 metres out on a slight angle. He too comfortably walked in to kick the goal and sprayed the ball to the left registering a behind, had he kicked a goal Geelong would have gone into half time with a 2-point lead instead of 3 points behind which they ultimately did.

The second half started just as it ended for Cameron Mooney another missed opportunity. This time he was 30 metres out directly in front and missed another vital goal. This miss along with a couple of other misses ultimately cost them the game. Mooney finished the day with 2 goals 3 behinds from a total of 14 disposals, it was a disappointing day for himself and Geelong.

After a series of injuries that kept him out of the team and the fact that younger players had stepped up to the mark Mooney announced his retirement at the end of the 2011 season.

Cameron Mooney is now a regular panellist on AFL 360, a nightly AFL panel program on Fox Footy, and will also commentate for SEN 1116. He is also a boundary rider for Fox Footy