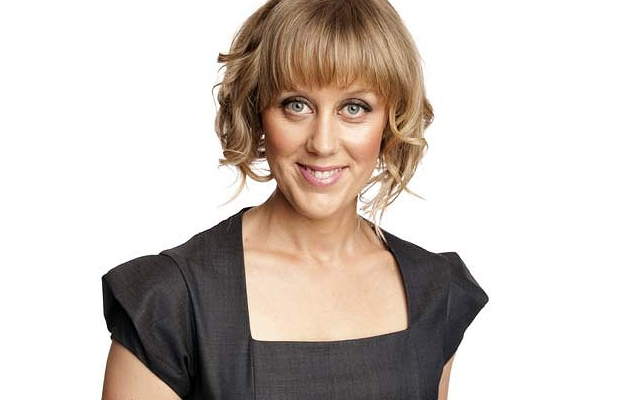 Prior to entering into comedy, Claire Hooper worked in children’s and adult theatre in Perth, Western Australia, as an actress and director. Hooper attended Curtin University and graduated with a degree in Theatre Studies. She has written, directed and costumed professionally for many youth theatre productions.

In 2004, Claire Hooper won the Western Australian finals of Triple J’s Raw Comedy. In 2005, she was selected to perform in “The Comedy Zone” for the Melbourne International Comedy Festival, and was awarded “Best and Fairest” at the National Improvisation Championships in Sydney. After a surgeon saw her on television, he contacted Hooper and advised her to have a growth on her neck checked by a doctor. She discovered she had a goitre that required surgery, which led her to wonder what she would do if she ever lost her voice. In 2006, Hooper performed a one-hour live show titled Oh inspired by the incident, during which she did not speak at all, instead communicating through recorded audio, videos, handwritten signs,breakdancing and mime. The show was well-received, earning a nomination at the Melbourne International Comedy Festival for the “Best Newcomer” award. Her 2007 show, “Show Girl”, was inspired by Kylie Minogue and involved Hooper juxtaposing ideas of Minogue as dignified and ladylike with her own failed attempts to maintain dignity. In 2008, she returned to the Melbourne International Comedy Festival to perform a new solo show, “Storybook”.

In addition to her live comedy shows, Claire Hooper has made numerous appearances on Australian radio and television since 2005. Her television credits include guest stand-up appearances on Stand Up Australia and Rove Live, a presenting role on How the Quest Was Won and a regular segment onThe Sideshow. She was a member of the negating team with Stephen K Amos and Greg Fleet in the 2007 Melbourne International Comedy Festival´s Great Debate which aired on Network Ten. In 2008, she was cast to replace Julie McCrossin as a regular team captain on Good News Week. She also appeared as the guest detective in episode three of dark comedy miniseries Sleuth 101.

In July 2015, Claire Hooper and Mel Buttle were announced as the hosts of the second season of The Great Australian Bake Off, began airing on LifeStyle Food on 13 October.