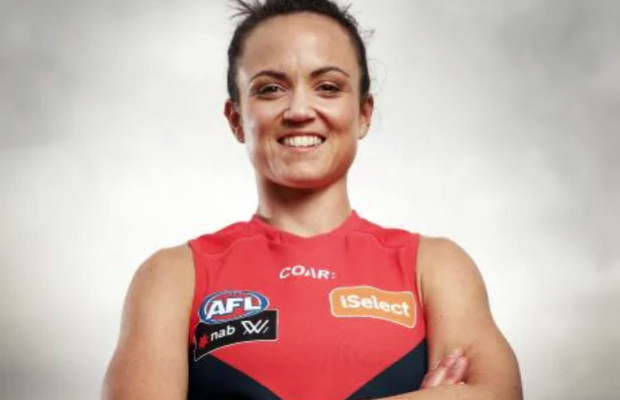 In June 2007, Daisy Pearce was one of two Victorian Women’s Football League representatives in the E. J. Whitten Legends Game where she played against former footballers including Scott Cummings, Nick Holland, Mick Martyn and Nicky Winmar.

In May 2013, Pearce was the number one draft pick chosen by the Melbourne Football Club in the first ever women’s AFL draft. Pearce was one of fifty women to make history in June when the club’s women’s team took on the Western Bulldogs women’s team at the Melbourne Cricket Ground, which was played as a curtain raiser to the men’s match between the two same clubs.

Daisy Pearce was the inaugural winner of the Melbourne Football Club’s best female player award at the end of the 2014 season, polling five out of a possible six votes.

Daisy Pearce made her AFLW debut in the opening round of the 2017 AFL Women’s season against Brisbane at Casey Fields. She was listed among her team’s best players, recording nineteen disposals in addition to a game-high ten tackles in the match. Pearce was again named in Melbourne’s best in wins against Collingwood, the Western Bulldogs and Carlton in rounds two, three and four.

Daisy Pearce was highlighted as “Player of the Week” by the AFL Players Association for her round 4 performance in the 2017 AFL Women’s season. After four rounds, Pearce was the highest ranked player according to Champion Data, leading the competition for total disposals and total handballs, and leading in average per game in contested possessions and goal assists. At the end of the season, Pearce was nominated by her teammates for the AFL Players’ Most Valuable Player Award, was named captain of the 2017 All-Australian team, and won the AFLW Players’ Best Captain Award.

Melbourne signed Pearce for the 2018 season during the trade period in May 2017. She then captained Victoria in the inaugural State of Originmatch on 2 September, where she was adjudged best afield with 37 disposals in the 97-point win.

In the media, Pearce has been a rotating panel member on the Seven Network program AFL Game Day since 2016, and also provides special comments for Seven and Triple M, covering both AFL and AFLW matches.

In February 2017, the Melbourne Football club unveiled their new mascot for the women’s team, named “Daisy” in her honour.

On 7 March 2017, Daisy Pearce became the first woman to be elected as a director on the board of the AFL Players Association (AFLPA). At the same meeting, the AFLPA decided to include AFLW players as full members of the association.