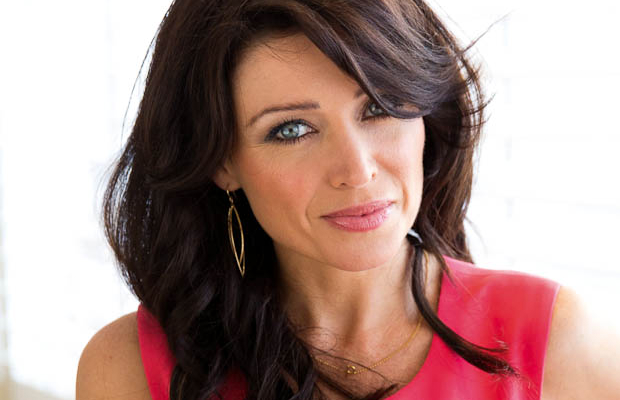 Dannii Minogue is an Australian singer-songwriter, talent competition judge, actress, television and radio personality, and fashion designer. She rose to prominence in the early 1980s for her roles in the Australian television talent show Young Talent Time with another known fellow Australian Tina Arena and the soap opera Home and Away, before beginning her career as a pop singer in the early 1990s. Dannii Minogue achieved early success with hits such as “Love and Kisses”, “This is It”, “Jump to the Beat” and “Baby Love”, though by the release of her second album, her popularity as a singer had declined, leading her to make a name for herself with award-winning performances in musicals with Grease and also in Notre Dame De Paris, as well as other acting credits in The Vagina Monologues and as Lady Macbeth. The late 1990s saw a brief return to music after Minogue reinvented herself as a dance artist with “All I Wanna Do”, her first number one UK Club hit.

In 2001, Dannii Minogue further returned to musical success with the release of her biggest worldwide hit to date, “Who Do You Love Now?”, while her subsequent album, Neon Nights, became the most successful of her career. In the UK, she has achieved 13 consecutive number one dance singles, becoming the best-performing artist on the UK Dance Chart. Since 2007, Minogue has established herself as a successful talent show judge and television personality. She judged on Australia’s Got Talent in Australia from 2007 until her departure in 2012, and until 2010, she also judged The X Factor UK, where she was the winning mentor in both 2007 and 2010 with Leon Jackson and Matt Cardle, respectively. In 2010, Minogue launched her own fashion label Project D London with her best friend Tabitha Somerset Webb. On 9 November 2011, she received an honorary doctorate degree in Media and Arts from Southampton Solent University for her 30-year varied career in the showbiz and media industry. In 2013, Minogue became a judge for the ninth series of Britain & Ireland’s Next Top Model, and on The X Factor Australia, where she was the winning mentor in 2013 with Dami Im.

In 2007, Dannii Minogue became a judge and mentor on the fourth series of The X Factor UK, alongside Simon Cowell, Louis Walsh and Sharon Osbourne. She mentored the Boys category and selected Leon Jackson, Rhydian Roberts and Andy Williams to represent her in the live rounds of the competition. Ultimately, two of her chosen acts, Roberts and Jackson, became the final two, with Jackson eventually becoming the winner after topping the public vote. Minogue was the first female judge to win the show. On 20 September 2008, Minogue presented theNickelodeon UK Kids’ Choice Awards ceremony. That same year, Dannii Minogue returned to The X Factor UK alongside Cowell, Walsh and Cheryl Cole, who replaced Osbourne. Following the initial auditions and boot camp stages of the competition, Minogue was assigned the Over 25s category to mentor. She chose Daniel Evans, Rachel Hylton and Ruth Lorenzo as her final three contestants for the live shows and was assisted by Spice Girls member Emma Bunton. In the eighth live show, Minogue lost her final act as Lorenzo was eliminated from the competition, leaving her without a contestant in the semi-final.

Throughout the fifth series, several people in the entertainment industry, including Ronan Keating, Noel Gallagher and Graham Norton questioned Minogue’s judging credentials and mentoring ability. On 23 November 2008, during a live broadcast of the programme, Minogue broke down in tears and was unable to introduce one of her acts, Rachel Hylton, following an on-air row with Louis Walsh over a choice of song. Despite the controversies, she proved popular in public votes and polls. Minogue later stated that she did not enjoy her experience on the fifth series and “would never want to go through that again”. Minogue returned for the sixth series in 2009 and was assisted at the judges’ houses round by her sister, Kylie Minogue. In 2010, Minogue was pregnant with her first child. She later stated that, as her baby’s expected arrival in July would clash with filming for The X Factor, she would be unable to appear in the audition episodes for series seven. Minogue returned during the judges’ houses round, selecting Nicolo Festa, Matt Cardle and Aiden Grimshaw as her final three, with Paije Richardson as her wildcard act. Minogue was assisted by fellow Australian and friend Natalie Imbruglia who was a guest judge in Birmingham that year filling in for Minogue. Cardle was her only act to make it into the final and eventually won, with Minogue becoming the winning mentor for the second time.

On 14 May 2011, it was announced that Dannii Minogue would not be returning for the eighth series of The X Factor UK. Of her decision, Minogue said “During discussions for me to return (to The X Factor) it became clear that unfortunately, this year, the X Factor audition dates in the UK clash with the live shows of Australia’s Got Talent during June and July. For this reason I am unable to return.” She was replaced by Kelly Rowland. In January 2012, Minogue appeared on the ITV documentary The Talent Show Story where she talked about her time on The X Factor and working on talent shows. Other X Factor judges who were interviewed included Gary Barlow, Louis Walsh, Tulisa Contostavlos, Kelly Rowland and Simon Cowell as well as the host Dermot O’Leary. In June 2013, Minogue joined Elle Macpherson and Tyson Beckford on the judging panel for the ninth series of Sky Living’s Britain & Ireland’s Next Top Model. She replaced Whitney Port and Julien McDonald.

In 2007, Dannii Minogue was hired by Simon Cowell to become a judge on the Seven Network talent show Australia’s Got Talent along with Red Symonsand Tom Burlinson. It was after this series that Minogue was offered the role on The X Factor UK after Cowell thought she proved good as a judge on Australia’s Got Talent. She returned to the panel for seasons two and three in 2008 and 2009. Australia’s Got Talent returned for a fourth season in 2010, and Minogue was the only original judge to remain on the panel as producers revamped the series. Brian McFadden and Kyle Sandilands took the places of Red Symons and Tom Burlinson. Minogue also returned for the fifth season in 2011 and the sixth season in 2012. In November 2012, it was announced that Dannii Minogue would not be returning for the seventh season in an attempt to reboot the show. She was replaced by Geri Halliwell in the Nine Network’s version of the show.

In 2013, Dannii Minogue joined the judging panel of the fifth season of The X Factor Australia as Mel B’s replacement. Dannii Minogue joined returning judges Ronan Keating and Natalie Bassingthwaighte and fellow new judge Redfoo, who replaced Guy Sebastian. Minogue mentored the Over 24s category and one of her acts Dami Im became the winner. Minogue reprised her judging role for the sixth season in 2014. She mentored the Groups category and one of her acts Brothers3 placed third in the competition. Dannii Minogue returned for the seventh season in 2015.