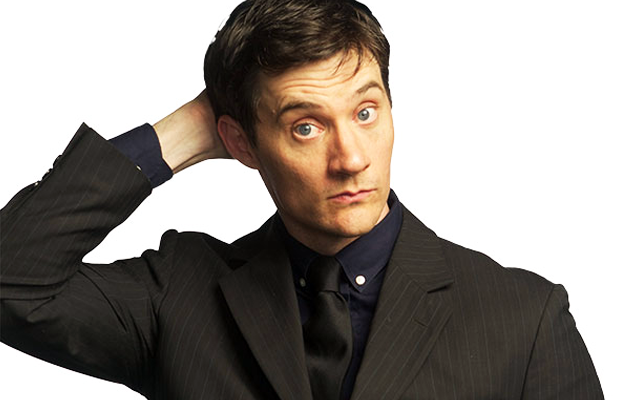 Ed Kavalee is an experienced Theatresports performer. He had been involved in running Theatre sports workshops at the University of New South Wales(Studio 4, New South Wales University’s comedy society), and for a number of years, he hosted Theatre sports at the University of Sydney. Before his career on radio with Triple M, Kavalee began working in a small video store at the age of fourteen for a period of eight and a half years, and was a panel operator and part of the promotions team with the Triple M Rock Patrol vehicles, The Black Thunders.

Ed Kavalee is a graduate of Screenwise. Three months before he graduated, he scored the pilot and a part on the ensemble cast of Working Dog Productions’ improvised comedy show Thank God You’re Here. He appeared in more than 20 episodes of the show in 2006 and remained a member of the ensemble cast in the 2nd, 3rd and 4th series.

In 2006, Ed Kavalee joined with co-host Tony Martin and panel operator Richard Marsland for the Triple M radio comedy show Get This which featured comedy sketches, celebrity guests and banter on trivia and current affairs. The show was a ratings success[4] and soon developed a devoted assembly of loyal fans including English comedian Ross Noble who commented in an interview in 2012 that Get This, although off-air for five years, remained his all-time favourite radio show. But after two years, Austereo made the controversial decision to axe the program. Despite the protests from fans and supporters, the show finished in November 2007. In December 2008, Kavalee and Martin recorded a special tribute podcast dedicated to the memory of Richard Marsland whose tragic death occurred earlier that month.

In 2008, Ed Kavalee joined The Wrong Way Home with Akmal Saleh and Cal Wilson on the Nova network. Before Kavalee joined he was a guest co-host while Wilson took time off for her wedding. In 2009, Kavalee joined Nova 100’s Hughesy & Kate breakfast show as an anchor, replacing Tim Blackwell who hosted the Nova Nights show Launchpad with Hayley Pearson.

Ed Kavalee hosted TV Burp on the Seven Network in mid 2009, which was the Australian TV series that was based on the original version of the UK’s TV series Harry Hill’s TV Burp. He co-hosted Santo, Sam and Ed’s Cup Fever! with Santo Cilauro and Sam Pang on SBS TV, which was a light-hearted look at the 2010 FIFA World Cup, running for the duration of the championships. Ed Kavalee was reunited with his former co-host on Get This, Tony Martin, for The Joy of Sets on the Nine Network. This comedy television series, looking at the elements used to construct television shows, commenced screening on 20 September 2011 in the 9:00 pm Tuesday timeslot on Nine. The eighth and final episode aired on 8 November 2011. Although initial ratings were impressive, subsequent figures were disappointing and midway through the series, it was moved to a later timeslot of 10.30pm.

In December 2011, Ed Kavalee resigned from Nova 100 to focus on TV and film work. In 2012, he appeared in the Australian film Any Questions for Ben?directed by Rob Sitch, Kavalee co-hosted Santo, Sam and Ed’s Sports Fever! on the Seven network, a spin-off from the SBS series in 2010. He was also a regular guest on the TV show Agony Uncles (ABC-TV).He also worked on the comedy film Scumbus in which he starred, co-wrote, co-produced and largely self-funded. The comedy film focusses on a pair of under-achieving policemen and was shot in only 11 days, featuring a cast of well-known names in Australian comedy. The film aired on Ch-10 on 10 November 2012, received positive reviews and was selected for screening at the Los Angeles Comedy Festival. At the end of 2012, Kavalee was seeking a distributor for his second feature film entitled Border Protection Squad, the film has been written, directed and also co-produced by himself and is a comedy that takes a satirical swipe at TV shows such as Ch-7’s Border Security.

Since January 2014, Ed Kavalee is heard on radio as a co-host on Triple M Brisbane’s Grill Team breakfast show. He is also a regular panellist on the Network Ten comedy quiz show Have You Been Paying Attention?