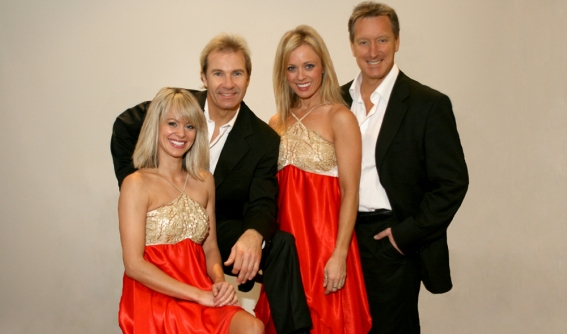 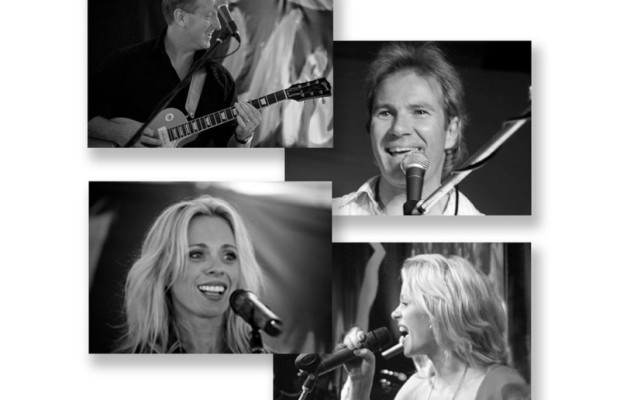 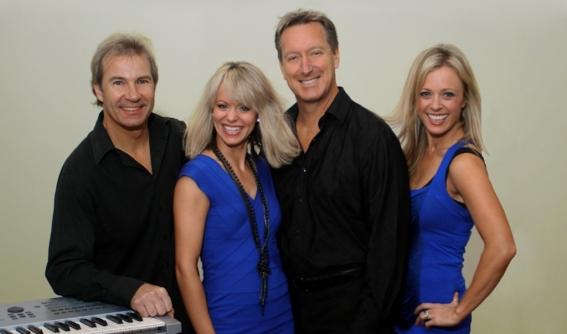 Along with the repertoire of carefully chosen classic party songs that are presented in a friendly and exciting performance, The Flaming Sambucas will give your event the quality of entertainment it deserves.

Individually chosen songs for your event will fluently take you in all directions – from the Motown era to Robbie Williams, from the disco era to Pink, from Michael Jackson to Kylie and from Abba to ACDC but, with the “Sambucas’ touch”,  it remains seamless.

Not withstanding that – if the evening requires some quiet dinner music, the Flaming Sambucas has that covered also.

With the “Abba type” lineup, the Flaming Sambucas consists of founder members Terry Nicholas (Keyboards and Vocals) and Michael Potter (Guitars) plus female vocalists Jayde McSeveney and Michelle Gorgula.  And now into their 21st year, the aim remains the same – to create a fun, friendly and exciting party and a night to remember.

Over an exciting career, the Flaming Sambucas have entertained overseas for many international conferences and award nights, as well as having played for many national events throughout Australia. Some of those events have been the Adelaide “Carols by Candlelight” on 3 occasions, many major travel industry functions including Qantas, Harveyworld Travel, Queensland Tourism, National World Travel and Jetset Travel, the Barossa under the Stars Event before Sir Cliff Richard plus events for The Adelaide Crows, Port Power Football Club, Roche Pharmaceutical overseas, and for Clipsal – entertaining on The Superstar Virgo Cruiseliner that cruised from Singapore to Phuket in 2005 and also entertaining alongside The Pointer Sisters and Mondo Rock on the privately chartered Norwegian Star Cruiseliner from LA to Acapulco in April 2010.  Amidst that, the Flaming Sambucas have also had the pleasure of sharing the entertainment lineup with Aussie “greats” – John Farnham, Jimmy Barnes and Ross Wilson.

Included within their style, and with the same musical line-up as the original Abba, the Flaming Sambucas also can feature a respectful and exciting Abba tribute show, complete with costume and music.

PRETTY WOMAN
LIVING ON A PRAYER