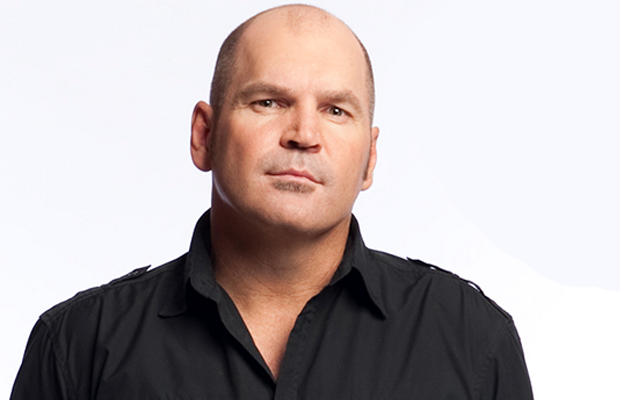 At 188 cm, Jason Dunstall was not an overly tall full-forward and was not known for taking overhead marks. Instead, he often used his explosive pace off the mark to lead into space, which enabled him to take trademark chest marks and diving marks. At other times, he used his stocky 100-kilogram frame to outbody opponents.

Jason Dunstall was a highly accurate and reliable set shot for goal. This, as well as his ability to shrug tackles and snap goals more than made up for his lack of height.

One of the most admired aspects of Dunstall’s play was not only his own prolific scoring rate, but also his capacity to set up or unselfishly assist goals by handing the ball off to team mates in better position – handpassing, or shepherding and using his body well to position other players, on some regular basis, to also score goals. This capacity to contribute to the team’s overall performance, both off his own boot and by assisting teammates to kick goals, made him one of the greatest full-forwards to ever pull on a boot.

Jason Dunstall was renowned for being a fair player and despite his intimidating size in an era when the game was notorious for behind-the-play incidents, he was well respected by umpires.

Jason Dunstall was recruited by the Melbourne-based Hawthorn Football Club who were looking for a “stay at home” type full-forward and he made his VFL/AFL debut in the league in 1985.

1988 was a special year for Dunstall. In Round 19 against Fitzroy he brought up his first century of goals in a season. He had kicked 98 goals going into the match, and Hawthorn supporters expected the required two goals to come sooner rather than later. However, Jason Dunstall would miss his first two shots and drop a few marks before putting through his first goal at the 17-minute mark. The moment of truth came at the 30-minute mark of the first quarter when teammate Dermott Brereton kicked the ball high into the air. It took a vicious bounce over Fitzroy defender Brett Stephens’ head and landed in Dunstall’s arms. The goal was kicked and the fans came running onto the ground to congratulate only the second Hawthorn player after Peter Hudson to kick 100 goals in a season. Dunstall kicked a further six goals for the game to finish with 8 goals. He would finish the home-and-away season with 124 goals, winning his first Coleman Medal. He also won his first club best and fairest award. In the 1988 Grand Final massacre against Melbourne, he kicked 7 goals.

Jason Dunstall established his reputation as one of the best full-forwards in Australia during the 1989 VFL season. He won his second straight Coleman Medal with 128 goals during the home-and-away season and finished third in the Brownlow Medal vote count. He kicked ten or more goals in a match twice: In Round 16, he kicked 11 goals against Collingwood, and 11 goals against St Kilda in Round 22. Dunstall added ten more goals during the Finals series, four of those in the epic 1989 premiership victory, to take his overall tally to 138 goals for the season. He also won the club best and fairest award for the second straight year. Representing Victoria in the State of Origin series, Dunstall won the Simpson Medal for best on ground in the match against Western Australia played in Perth.

1990 began promisingly enough for Jason Dunstall. In Round 1, in the Grand Final rematch against Geelong at Waverley Park, he kicked a then career-best 12 goals after being held goalless in the first quarter. Hawthorn went on to thrash the Cats by 115 points. In Round 4 against Brisbane Bears at Princes Park in wet conditions, Dunstall kicked 8 goals, bringing up his 500th career goal in the process, as the Hawks won by 82 points. But in Round 9 against Melbourne Dunstall was injured in the first quarter. He fell heavily on an opponent’s boot and sustained a serious injury at the front of his head. He was taken from the ground and admitted to The Alfred Hospital. At that stage of the season Dunstall had kicked 41 goals. The injury would cause him to miss the next four matches. After his return in Round 14, he kicked a further 42 goals, including 11 goals against Collingwood in Round 20. On the Footy show after the 1990 AFL Grand Final Leigh Matthews said that he was glad Hawthorn got knocked out of the finals, because Dunstall always seemed to kick a huge amount of goals against the recently crowned premiers.

Jason Dunstall kicked 80 goals in 1991, including 6 in the Grand Final as Hawthorn claimed their 9th Premiership. They were unable to defend the premiership in 1992 after they lost to West Coast in a closely contested Elimination Final. But Dunstall enjoyed arguably his most successful season on an individual level. He won his third Coleman Medal after kicking 139 goals during the home-and-away season (six more in the Elimination Final took his season tally to 145), and finished second in the Brownlow Medal vote count. In Round 7 Dunstall kicked what would be his career best of 17 goals against Richmond, just one goal short of the record held by Fred Fanning of Melbourne. Dunstall reached his century of goals against Geelong in Round 16 at Kardinia Park with his fifth goal of the match just before half-time. He ended the match with 9 goals and beat three opponents as Hawthorn won by 19 points. Dunstall’s outstanding season was recognized with his third club best and fairest award, as well as his first selection in the All-Australian team at full-forward.

Surprisingly, Dunstall’s knee healed well enough for him to play half a reserves match just before the start of the 1997 AFL season, and was picked to play against St Kilda in the opening round.

Jason Dunstall recovered in time for the start of the 1998 AFL season. He had kicked 52 goals for the season before tragedy again struck in Round 14 against Carlton, the same team against which Dunstall had injured his knee the previous season. Lining up on illustrious opponent Stephen Silvagni, Dunstall twisted and fell on his right shoulder early in the second quarter. Silvagni accidentally landed on top of Dunstall at the same time, forcing Dunstall’s shoulder into the ground and breaking his collarbone.

Dunstall’s shoulder was put in a special brace for several weeks, and club physiotherapist Barry Gavin was optimistic of his chances of returning before the end of the season, a view not shared by doctors at several other clubs. Dunstall did return for the final game of the year, but only after having announced his retirement, first to the Hawthorn coaching and management staff, then to the general public on the Seven Network football show Live and Kicking.

Before Dunstall’s final game, against Fremantle at Waverley Park, a number of his former teammates and associates came to congratulate him, including coach Allan Jeans. Dunstall was clearly moved by the occasion, and combined with a severe lack of match fitness, struggled to have much impact on the game. He did however, score the first goal of the game and the first goal of the last term. Nevertheless, the 40,000 or so Hawthorn fans that came to pay tribute to their champion cheered every touch that Dunstall got of the ball. The Hawks kicked 11 goals in the last quarter to win by 89 points, and amid emotional scenes Dunstall was chaired off the ground by his teammates, bringing to a close the most successful chapter in Hawthorn’s on-field history.