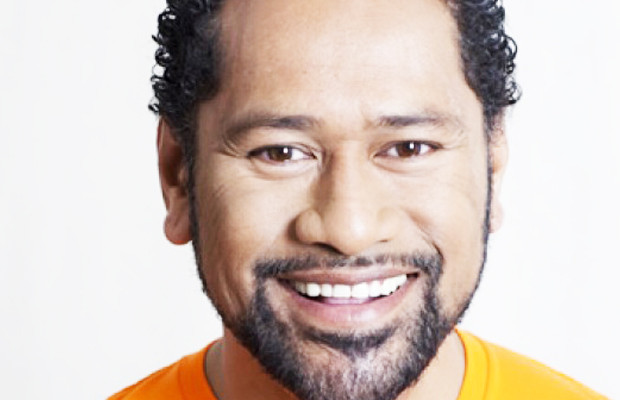 Jay Laga’aia is known for his part on Australian children’s TV show Playschool, and also for his role as Captain Typho in the films Star Wars: Episode II – Attack of the Clones and Star Wars: Episode III – Revenge of the Sith. He played a small role of Draco in three episodes of the television series Xena: Warrior Princess.

Jay Laga’aia was a regular in Australian television shows Water Rats, Play School, Surprise Surprise, and a contestant on Celebrity Big Brother in 2002 and had a guest role as Gabriel in McLeod’s Daughters. He is also known for his stage productions such as The Lion King. Laga’aia played the role of Judas in a 1994 production of Jesus Christ Superstar in New Zealand.

On 9 October 2007, Jay Laga’aia released a children’s album, Come Dance and Sing. On 24 December 2008, Laga’aia performed on Carols by Candlelight. Laga’aia narrated each of the characters on the children’s show Larry the Lawnmower, which ran for 2 seasons starting in 2008. In November 2009, it was confirmed that Laga’aia had joined the cast of Australian soap opera Home and Away, as Reverend Elijah Johnson until his sacking in February 2012. Laga’aia released his second CD for children, I Can Play Anything, in August 2010.

In 2012 Laga’aia two albums, a Christmas album entitled Christmas at Jays Place and a nursery rhyme album called 10 in the Bed. He also provided the music for Scholastic’s picture book ‘Baby Elephant Walk’.

Jay Laga’aia is set to return to the stage to play the lead role of The Wonderful Wizard of Oz in the 2013-14 New Zealand and Australia national tour of the acclaimed Broadway musical, Wicked. Performances begin 17 September 2013, where he will perform alongside Jemma Rix at the Civic Theatre in Auckland. From May 2014 the production is expected to transfer to Melbourne, where it first premiered in 2008.