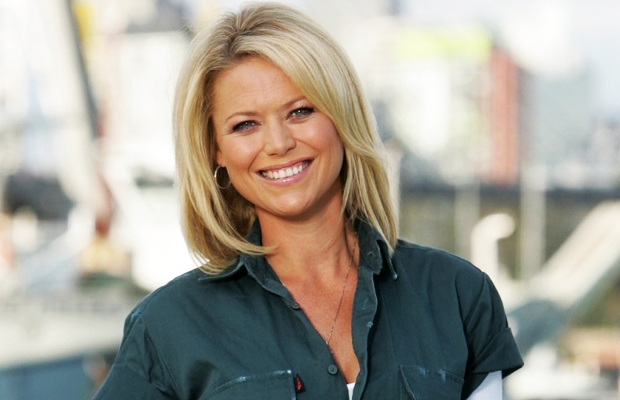 Jo Beth Taylor began singing at the age of 5 and performing professionally when she started her career on the television program Perth’s Young Entertainers at the age of 13 in 1984. At the age of 15 she released a music video Running For Our Lives and in 1988 joined a band named Street Cafe and played regularly around Perth. Taylor moved to Melbourne in 1989 and recorded a demo tape, which found its way into the hands of Molly Meldrum, who signed her to Melodian Records.

In 1990, Jo Beth Taylor toured with Indecent Obsession as the support act for Debbie Gibson. After becoming friends, Gibson invited Taylor to go to New York, where she then lived for a year. During this time Gibson wrote and produced five tracks on Taylor’s debut album “99 Reasons”. While in New York Taylor also worked with Jelly Benetez who produced five tracks on her album.

Jo Beth Taylor moved back to Australia and released her first single “99 Reasons” in 1991. The song hit the Australian Top 40, peaking at #31. Taylor’s debut album was also titled “99 Reasons”. “You Don’t Own Me” was released as the second and final single from the album and was not a success, charting at #137 on the ARIA Chart. Taylor was nominated for Best New Talent at the ARIA Awards in 1992.

A new track titled A Prayer For Jane, penned by Steve Kipner who worked with Olivia Newton-John and Tina Turner, was released as a single in 1993. Taylor wrote the song about a friend who had taken their own life. The song reached #61 on the Australian Charts.

In February 1993, Jo Beth Taylor took over the hosting role of the top-rating Nine Network program Australia’s Funniest Home Video Show. This made Taylor not only the sole woman to be hosting a prime-time show in Australia, but at just 22 years old she was the youngest. Taylor also sang the shows opening theme song, titled The Funny Things You Do. Throughout 1995 and 1996 Taylor also starred in the stage shows Cinderella and The New Rocky Horror Show.

In 1996, whilst still hosting on Funniest Home Videos Jo Beth Taylor earned the role of co-host on the long running variety program Hey Hey It’s Saturday following the departure of Ernie Carroll’s Ossie Ostrich. On a number of occasions Taylor would host the entire Hey Hey show on her own if Daryl Somers were away, and would regularly perform music on the program. She was with the team when they celebrated their 25th Anniversary of the show at Disneyworld.

1996 also saw Jo Beth Taylor make a brief return to music with the release of I Love My Dog, a single for the 101 Dalmatians Movie soundtrack; reaching #95 on the ARIA chart. During this time, Taylor hosted a number of specials for the Nine Network, including the Vision For A Better World Telethon and the 40 Years of Television special which was filmed on the set of Taylor’s sometime day job, What’s Up Doc?.

In mid-1997 Taylor’s time as host on Funniest Home Videos and co-host on Hey Hey came to an abrupt end when she failed to show for work, later explaining she suffered a nervous breakdown. As she finished both programs without warning, emergency replacements were called in, with Getaway presenter Catriona Rowntree temporarily replacing her on Funniest Home Videos, before Kim Kilby was brought in as a permanent host, whilst Livinia Nixon replaced her as co-host of Hey Hey It’s Saturday.

After more than two years off screen, Jo Beth Taylor made her return television appearance on In Melbourne Tonight in August 1999, singing I Want You Back. Taylor joined the cast of the Australian stage production, “Happy Days: The Arena Mega Musical” in October 1999. Taylor played Laura, a character created for the stage show, who was in cahoots with Jon Stevens’ Frank (also an original character) to put the famous diner out of business. The music selected for the Happy Days production was almost entirely from the 1960s. Taylor’s songs included “Stand By Me”, “You Don’t Own Me” and “Smell Him”.

Jo Beth Taylor returned to Australia’s Funniest Home Video Show as a guest in late 1999 for the shows 10th Anniversary special. She performed the program’s theme song, “The Funny Things You Do” and Stevie Wonder’s version of Happy Birthday. Taylor also returned as a guest and performer for the final episode of Hey Hey It’s Saturday in November 1999.

In 2000, Jo Beth Taylor hosted Starstruck, a Saturday night talent quest show, in what was her final regular television role for more than seven years. Taylor appeared as a guest on Greeks On The Roof in 2003 and on Australia Unites: Reach Out to Asia in 2005, a joint venture by the Seven, Nine, and Ten networks to raise money for the Boxing Day Tsunami. In 2005 Taylor was announced as co-host of Nine’s new lifestyle program Scotty’s Place (later renamed Our Place), but was replaced before the first episode.

In 2006, Jo Beth Taylor joined Noosa’s radio station Zinc 96.1 FM morning crew with Jamie Dunn and Agro for six months. Taylor co-hosted an Australian version of Dirty Jobs on the Nine Network with Ben Dark between October and November 2007 and made an appearance onMornings With Kerri-Anne in 2009 during a travel infomercial segment. Taylor returned for the second Hey Hey It’s Saturday reunion show on 7 October 2009.

Jo Beth Taylor was amongst the line up of celebrities competing in the tenth season of Dancing with the Stars on the Seven Network. She was eliminated in the fourth week. On the 13 November 2010 episode of Hey Hey It’s Saturday she returned to the show as a contestant during one of the game segments. She returned again on 27 November 2010 to judge Red Faces on the series finale.

Jo Beth Taylor returned to screens again after a six-year absence as a contestant on season two of I’m A Celebrity…Get Me Out of Here! in January 2016. She entered the South African jungle on Day 1 and chose World Vision Australia as her charity.