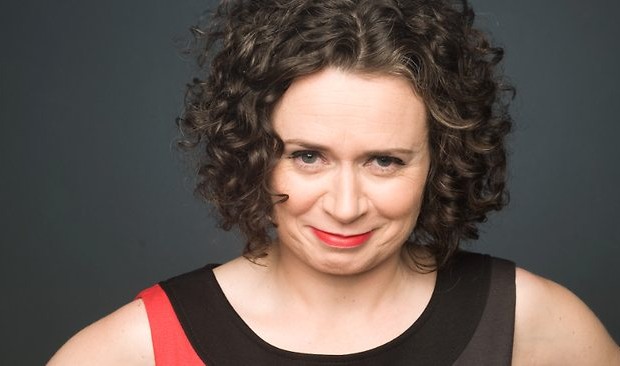 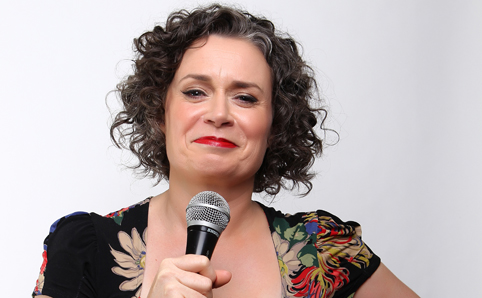 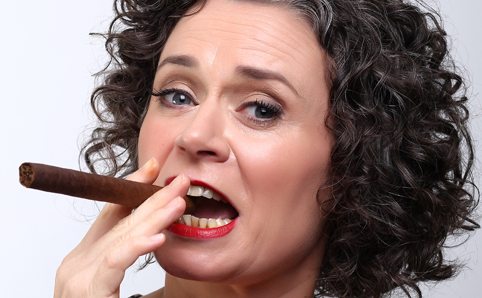 Judith Lucy is one of Australia’s most popular comedians. A best-selling author, her work in television and film and her sell-out national tours have made her a household name.

A standup comedian for over 20 years, she sprang to national prominence in 1993 when she joined the cast of ABC TV’s The Late Show. Her television appearances since have been many and varied, but amazingly 2011’sJudith Lucy’s Spiritual Journey(ABC1) was her first solo TV project.

It is Judith’s distinctive stage shows that set her apart – painfully honest, sharply observed and with a joke rate second to none. It is no surprise that Judith’s live audiences have grown every year since her first solo show in 1995. She has sold out countless theatrical runs in Australia and has taken her shows to Montreal, Edinburgh and London’s West End.

The release of her first book The Lucy Family Alphabet (Penguin, 2008) introduced a whole new set of fans to Judith’s work. The memoir which recounted touching yet hilarious stories of life with her eccentric Irish parents and her discovery at age 25 that she was adopted. The book quickly became a best seller and cemented Judith as an author. She followed this up with the release of her second book, Drink, Smoke, Pass Out (Penguin, 2012)  In 2014 Penguin are releasing a special edition of The Lucy Family Alphabet in conjunction with the McGrath Foundation. Instead of the classic orange penguin covers, this one will be in the iconic pink breast cancer colour.

Over the years Judith has also turned her hand to acting, having appeared  in the feature films Crackerjack and Bad Eggs. Most recently she scored a role as a racist publican in the hit Aussie production The Sapphires, which made it to the 2012 Cannes Film Festival.

In 2013 Judith took on the role of guest host for the ABC’s very popular At The Movies. Alongside Jason Di Rosso, they filled in for the iconic duo of David and Margaret for 3 episodes and received a warm reception from fans of the show.

2013 also saw Judith return to the stage with a live show alongside one of her best friendsDenise Scott, in their hilarious show The Spiral. An evening of short stories, tall tales and jokes at each other’s expense, the ladies toured the country to sell out crowds

This year Judith is returning to our television screens with another solo project, Judith Lucy Is All Woman. It will be a six part series for ABC TV where she will be looking at the role of women in modern Australia and whether they are better off than they were 50 years ago.

“Lucy’s delivery is martini dry, her perspective ironic and her honesty uncompromising; King of the Road is marvelous” The Age, Melbourne

“It’s not laugh a minute, it is bucket loads of laughs per minute….She is fast, she’s clever and most of all Lucy is very, very funny” Sunday Telegraph, Sydney

“Has to be seen to be believed” Herald Sun, Melbourne

“This show is absolutely A-Grade; it would be a crime if there were any unsold seats this season.” The Age, Melbourne