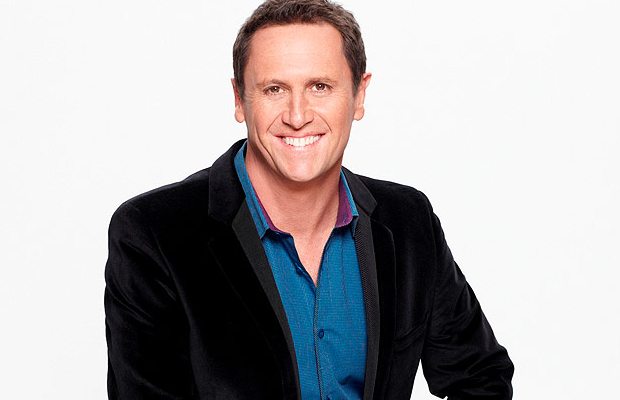 Larry Emdur is perhaps best known as the host of The Price Is Right on the Nine Network, which he hosted from 1993 to 1998, before its cancellation. It was then revived on 23 June 2003 and ran until 24 November 2005 due to poor ratings and high costs of production. To commemorate the United States version’s 40th season in 2011-12, on a July 2011 trip to the United States, Emdur called down a contestant and served as a guest host for Cliff Hangers, under recommendation of host Drew Carey. Emdur also modeled a trip to Australia in one of the two Showcases that are presented on the United States version. Emdur will be one of numerous hosts who have hosted the format to appear as part of the 40th anniversary celebration.

Larry Emdur filled in twice for Daryl Somers on the popular family show Hey Hey It’s Saturday. After being “rested” by the Nine Network following the cancellation of The Price Is Right, Emdur became host of the Seven Network’s Wheel of Fortune. His contract with Seven was signed mere hours after his deal with the Nine Network expired. While in the first few weeks of his run with Seven’s Wheel in the 5:00 pm weekday timeslot, Emdur continued to appear simultaneously on Nine in re-runs of The Price Is Right, until Bert’s Family Feud took over the 5:30 pm timeslot on Nine in mid-February 2006. On 19 June 2006 news emerged of Wheel of Fortune’s cancellation at the end of the 2006 season. Channel 10’s Rove Live then started a campaign to “Save Larry Emdur”, although Seven soon put an end to Rove’s jokes by issuing a statement that Emdur would be staying with the Seven Network.

Larry Emdur has also been a fill-in host for It Takes Two and has filled in for Andrew O’Keefe on Weekend Sunrise and David Koch on Sunrise.

Larry Emdur signed up with Network Ten in 2007. He had joined up to host a new show Celebrity Dog School, which began airing in February. In March, the program came close to cancellation, after disappointing first fortnight ratings; however, it was instead moved to a different timeslot (it was originally6:30 pm Sundays, but moved to 6:30 pm Saturdays).

Larry Emdur is currently co-hosting The Morning Show with Kylie Gillies, a top rating morning talk show airing on the Seven Network. The show began in mid-2007. Emdur was invited to participate in the 2009 Sydney to Hobart by finance commentator Anthony Bell. Upon reaching Hobart, Emdur said onThe Morning Show that he may never set foot on a boat again. However, in 2010 Emdur signed on to participate in the Sydney to Hobart again. His crew on the yacht ‘Investec LOYAL’ finished second. On 4 February 2011, Emdur renewed his contract with the Seven Network, reportedly worth in excess of $800,000 a year. This contract stopped him from defecting to the Nine Network to co-host Today. The contract allows him to stay on as co-host of The Morning Show and ‘other opportunities’.

In February 2010, Seven announced that Larry Emdur would co-host Weekend Sunrise on Saturday mornings alongside Samantha Armytage, and he held this position until the end of 2010. Now Andrew O’Keefe presents both Saturday and Sunday. Emdur is also currently a regular fill in co-host for David Koch on Sunrise and Andrew O’Keefe on Weekend Sunrise if they are away on holidays, sick or on assignment.

In September 2013, Larry Emdur produced and hosted a pilot for a late night talk show titled Larry on Late in Sydney, which featured guests Guy Sebastian,Samantha Armytage and Manon Youdale. Seven Network passed on the show after viewing the pilot.

In 2014, Larry Emdur and co-presenter of The Morning Show, Kylie Gillies.

Larry Emdur will appear in the fifteenth season of Dancing with the Stars.