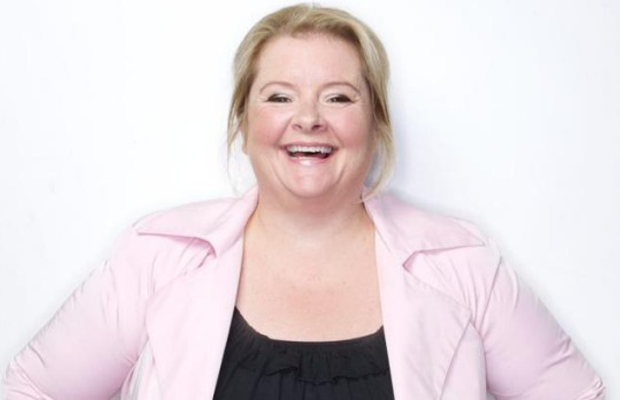 In 1985, while performing in a University of Melbourne Law Revue of Too Cool for Sandals, with Michael Veitch and Tom Gleisner, Magda Szubanski was talent-spotted by producers from the ABC network, who convinced her to join up with some other university friends in creating the television sketch comedy show, The D-Generation.

Magda Szubanski was part of the team that created the television sketch comedy Fast Forward for the Seven Network, in which she played various characters, including Pixie-Anne Wheatley, Chenille, Sharon Strzelecki (Kath & Kim), Mary MacGregor, Joan Kirner and Lynne Postlethwaite, and other characters. In 1995, she wrote, produced and starred in Big Girl’s Blouse. She had a starring role in the 1995 international hit filmBabe as Esme Hoggett. She reprised her role in the 1998 sequel Babe: Pig in the City.

Magda Szubanski starred as Margaret O’Halloran in the Dogwoman series of TV films in 2000. She began her role on Kath & Kim as Sharon in 2002 and she continued in the subsequent seasons, including the special Da Kath & Kim Code. In 2006, Szubanski hosted a five-part series on the Nine Network, called Magda’s Funny Bits, which showed ‘never-before-seen’ footage of some of her most famous characters from the comedy show Fast Forward. Branded as ‘no frills’, it attracted insufficient ratings, and thus did not continue. Magda Szubanski had a similar short-lived result as host of the Network Ten clip show The Spearman Experiment in 2009.

In 2007, Magda Szubanski had a minor role as the house maid in The Golden Compass to Lyra Belacqua. She also voiced the character Miss Viola from the Academy Award-winning animated feature Happy Feet. In 2007, Szubanski played the part of William Barfee in the musical called The 25th Annual Putnam County Spelling Bee. In 2008, she played the role of Big Jule in the major stage production Guys and Dolls. In 2010 she appeared in the film Bran Nue Dae as Roadhouse Betty.