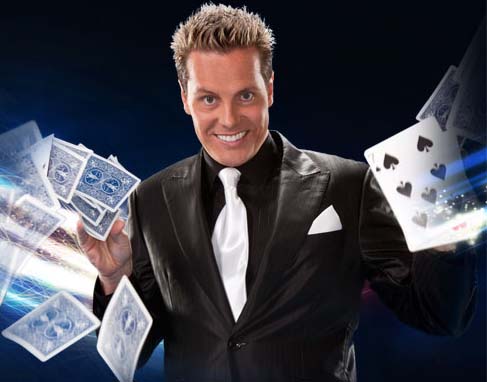 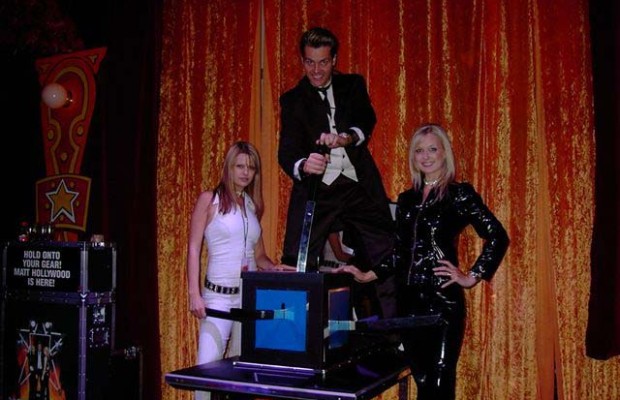 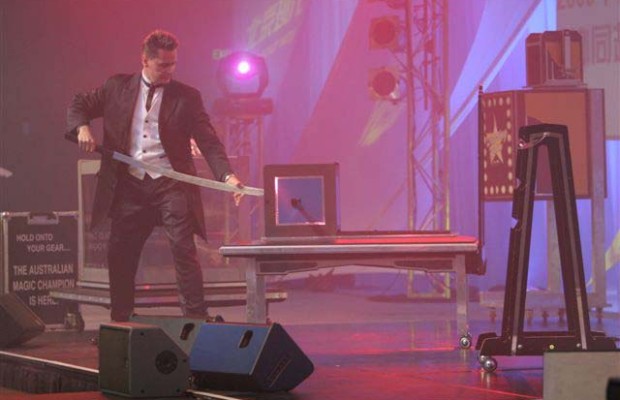 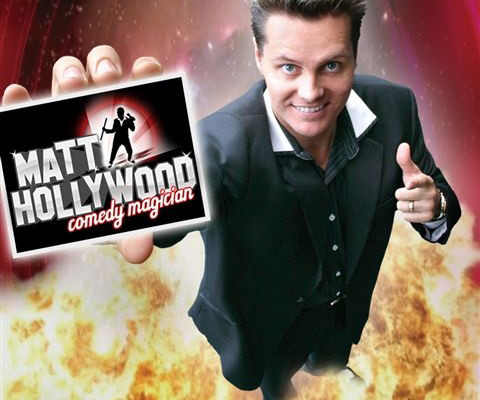 Magician Matt Hollywood is one of Australia’s most recognised comedy entertainers and magicians. Whether you have 50 people or 500 people attending – find out how to impress your guests like never before! Whether you’ve seen him on TV or simply heard about the show – one thing is for sure – ‘Your guests will never forget the hilarious magic of the Matt Hollywood Magic Show’.

He has been featured amongst the best of The Footy Show comedians and is regularly featured on numerous television shows including What’s Up Downunder, Exclusive Performances on Australia’s Funniest Home Videos, Ready Steady Cook and much more. For the past 20 years, he has entertained companies and individuals across the globe with his hilarious mind-blowing magic show. After winning numerous National and International awards for his magical skills including Australia’s ‘Champion of Magic’ – (actual award Gold Medal for ‘Close Up Magician of the Year’), his brilliant sense of humour set a new standard for entertainment. You are in for a ‘hilariously impressive & unforgettable performance’.

Matt Hollywood also works with selected Sydney Magicians, Brisbane Magicians and Melbourne Magicians for any type of event. Whether you require a classy close-up magician performing mingle style magic for your guests or a more spectacular stage show, we have everything you need right here. From Comedy Magicians, Master Illusionists to award winning close up performers, we have all of Australia’s Leading Magicians right here. Call us NOW to find out how we can personalize an impressive magic show for your event. Call on 1300 360 270.