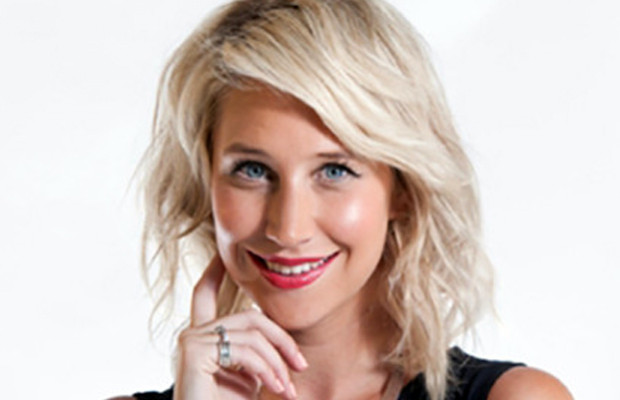 Maude Garrett was discovered in 2005 when she auditioned to be a new presenter on Channel V’s Fresh Meat competition. She was one of four people selected from nearly 2500 who auditioned Australia-wide. Although she didn’t win the competition, she managed to land an audition to present the second series of Camp Orange on Nickelodeon by invading the office of the General Manager of Nickelodeon and putting a post-it note saying ‘My Name is Maude, Give Me a Job’ on the computer screen.

Maude Garrett worked for Nickelodeon from 2006. She was a Celebrity Burp Judge for the Nickelodeon Australian Kids’ Choice Awards in 2006, and co-hosted the Orange Carpet opening of the Awards in 2007 and 2008.

In 2007, Garrett accepted the awards on stage for Most Outstanding Children’s Program and Most Outstanding Event at the ASTRA Awards which were won for Camp Orange: The Mystery of Spaghetti Creek and the Nickelodeon Australian Kids Choice Awards 07. She was nominated for the Favourite Female Personality in the 2009 ASTRA Awards.

In October 2009 Garrett hosted the Southern Star television program The Pursuit, a “branded entertainment” game show on the Nine Network.

An article in the Sydney Confidential section of The Daily Telegraph on 20 May 2010 discussed Garrett’s practice of “photo-bombing”.

On 19 October 2010, Garrett was a guest on a special sci-fi themed edition of the Ten Network television show Talkin’ ‘Bout Your Generation where, dressed as a Na’vi from Avatar, she competed with series regular Josh Thomas.

In November 2010, Maude Garrett joined 2Day FM, presenting the latest celebrity gossip on The Dirt. Since February 2011, she has co-hosted, with Matt Acton, the national nightly show The Hot30 Countdown with Matty and Maude, which has a reach to over 90% of Australia. She is known for her quirky sense of humour, and a video games segment called Geek Speak.

In May 2011 Garrett took part in a photo shoot for Australian FHM’s Sexiest 100. An article in The Sunday Telegraph in August 2011 revealed how the photo shoot helped Garrett to “come out of her shell”.

From May to June 2011, and since October 2011, Garrett has co-hosted a gaming television series on One called Save Point, discussing video game releases and gaming news.

On 18 July 2011, Garrett appeared as a guest on the Ten Network panel discussion show Can of Worms, along with comedian Fiona O’Loughlin and businessman John Elliott.

On 18 August 2016, Maude Garrett announced her departure from the YouTube channel “SourceFedNerd”, a spinoff channel of SourceFed. She had been a host on the channel for around 15 months and is leaving for what Garrett calls, “a huge opportunity for [her] that [she] just couldn’t pass up”.