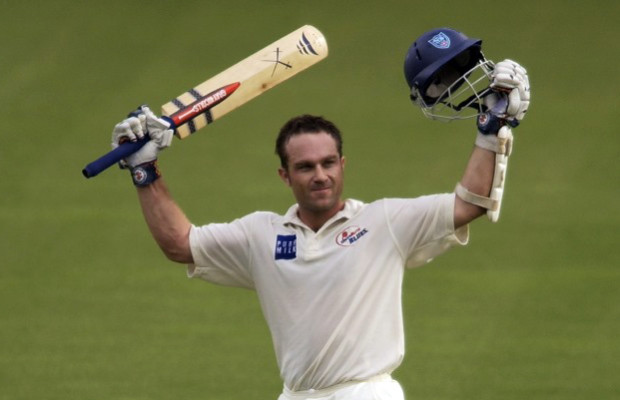 Generally known for his swashbuckling style of play and front-foot pulls, Michael Slater went on to open the batting with success in Test cricket, scoring 5,312 runs and 14 centuries at an average of 42; however he was less successful in his One Day International career, averaging a lowly 24.07.

Throughout his career, Michael Slater was infamous for his susceptibility to the “nervous nineties”: he was dismissed in the nineties 9 out of the 23 times.

Michael Slater was a product of the AIS Australian Cricket Academy (1989) before appearing for New South Wales in the 1991/92 Sheffield Shield season. He made quick progress to the Australian Test team, and was selected for the Ashes tour of England in 1993, when he was just 23 years of age, narrowly beating Queenslander Matthew Hayden to the opening berth alongside Mark Taylor, who also grew up in Wagga Wagga. In his debut match, he scored a half-century, before compiling his maiden century in the following Test at Lord’s. He continued his good form into the subsequent home series against New Zealand in 1993–94, netting 305 runs at an average of 76.25. In the 1994–95 return Ashes series in Australia, the right-hander was the leading run-scorer in the series with 623. The following season saw Slater notch his first double-century, against Sri Lanka at the WACA in Perth.

After commentating for Channel 4 in the United Kingdom during the 2005 Ashes series, he joined Nine’s Wide World of Sports cricket commentary team in January 2006, in a position he still holds. Slater appeared as a contestant on the Australian version of Torvill and Dean’s Dancing on Ice, becoming the 4th contestant to be eliminated. He later appeared as a reporter on Channel Nine’s health and lifestyle programme, What’s Good For You?.

It was announced in January 2009 that Michael Slater would become Sunday sports presenter for the Nine Network’s Weekend Today alongside co-hosts Cameron Williams and Leila McKinnon.

Also in 2009, he hosted Australia’s Greatest Athlete (alongside Andrew Voss), which aired on Saturday afternoons in January and February.

Michael Slater became co-host of rugby league’s The Footy Show, where he works alongside Paul Vautin, Daryl Brohman, Erin Molan and Beau Ryan (Slater is known to be a supporter of NRL team the Manly Sea Eagles, the same team Vautin captained to a premiership in 1987), and host of The Cricket Show on Channel 9.