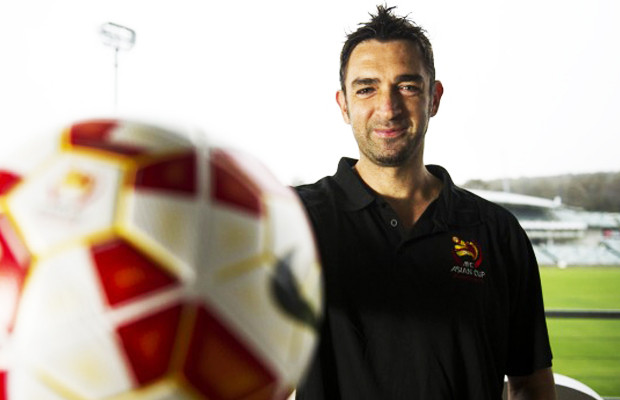 Ned Zelic started his career in the old Australian National Soccer League, where he played with clubs Sydney Croatia and Sydney Olympic. In his junior years he played for Croatia Deakin.

Ned Zelic spent most of the 1990s playing in Europe, most notably for Borussia Dortmund where he reached the UEFA Cup Final in his first season with the club, losing to Juventus Turin of Italy and won the German Bundesliga title in 1995. He had a brief stint in the Premier League for QPR, moving for a club record £1.25 million,[1] which was beset by injury and discontent. After just 11 Premier League games for the West London club, he departed to Eintracht Frankfurt in Germany.

After only a few months he signed for AJ Auxerre of France. At Auxerre, he replaced Laurent Blanc who moved to FC Barcelona, and participated in the UEFA Champions League. In July 1996, Zelic was selected to play for a World All Star team vs. Brazil at Giants Stadium, New York City. The All Star team was coached by Euro 92 winner with Denmark, Richard Moller Nielsen and consisted of such players as Jürgen Klinsmann, George Weah, Marcel Desailly, Lothar Matthaus, David Ginola and Fernando Redondo. In 1998, Zelic decided to move back to Germany and went on to make 102 appearances for 1860 Munich in the Bundesliga.

In 2002, Ned Zelic moved to Japan to play in the J1 League where he stayed for two years and played under Dutch coaches Hans Ooft and Wim Jansen, winning the Japanese Cup with his club Urawa Red Diamonds. Zelic signed for FC Wacker Tirol of Austria in July 2004 and stayed there for one season.

In 2005, Ned Zelic agreed terms to a two-year deal to captain the Newcastle Jets in the A-League, where he played out the whole season from central defence. The Jets finished fourth on the league table and lost to the Central Coast Mariners 2–1 on aggregate over two legs in the Minor Semi-final.

Ned Zelic underwent arthroscopic surgery on his knee after the semi-finals. Several months later he decided to move back overseas and it was not certain if he would continue his career.

After being granted a work permit, he signed a one-year deal with Dutch side Helmond Sport in August 2006, working again with his former 1860 Munich team mate Gerald Vanenburg, who was coach there. However, he left Helmond after only two months due to knee problems and considered retirement.

In January 2007, Zelic joined Georgian club FC Dinamo Tbilisi on a free transfer, where he played under former Czech National Team coach Dusan Uhrin. He announced his retirement from football in May 2008, after winning the Georgian Championship with Dinamo Tbilisi.

Ned Zelic was a football pundit for SBS on The World Game. He first appeared as a football analyst on SBS during the World Cup play-off against Uruguay, and continued this role during the 2006 FIFA World Cup. In 2008, Zelic continued as an analyst for SBS Television at the Euro 2008 final, alongside English football commentator Martin Tyler. He made appearances for SBS at the World Club Cup in Japan, December 2008 and South Africa 2010. Zelic now appears as a football analyst for Fox Sports.

Ned Zelic has played for the Australia youth, Olympic and senior teams, but made himself unavailable in November 1999, in controversial circumstances after disagreements with coach Frank Farina. Zelic was captain of the Australian team that competed and finished 4th at the 1992 Summer Olympics in Barcelona.