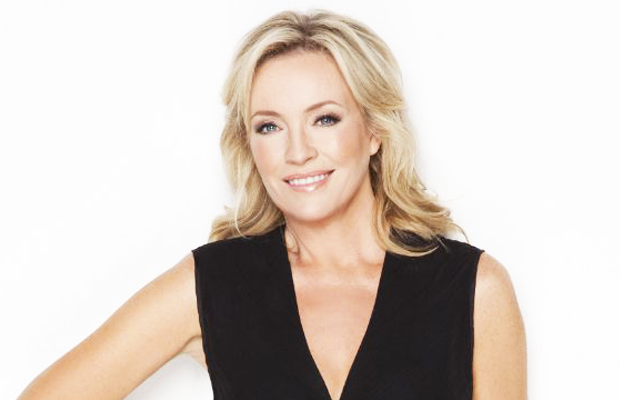 Rebecca Gibney worked as a model, then appeared on television in the New Zealand kidult series Sea Urchinsfrom 1980 to 1984. She broke into Australian television with the role of Julie Davis in the children’s series Zoo Family in 1985. She went on to play mechanic Emma Plimpton in the popular drama series The Flying Doctors, and in 1990 starred in the mini-series Come In Spinner. In 1991 she starred in the Channel Nine sitcom All Together Now, leaving the series in 1993. After her departure, she starred in Snowy.

The title character of Dr. Jane Halifax in Halifax f.p. was created especially for her by the producers of her previous show Snowy. Halifax f.p. debuted in 1994 with the episode “Acts Of Betrayal”, and continued with a further 20 telemovies leading up until 2002. The series was an immense success and cemented Gibney’s status as a household name within Australia. Rebecca Gibney has also appeared in other mini-series, like Kangaroo Palace (1997), and in The Day of the Roses (in 1998).

In 2002 and 2003, Rebecca Gibney had a role in Stingers, and from 2003 until 2006, she had a role in the telemovie trilogy Small Claims as Chrissy, co-starring with Claudia Karvan.

Rebecca Gibney appeared in the movie adaptation of Stephen King’s novel Salem’s Lot, released in 2004, and then followed up in 2006 with King’s Nightmares and Dreamscapes TV mini-series.

In 2006, Rebecca Gibney played the role of Lydia, a hippie restaurant owner and operator in the Network Ten drama series Tripping Over. In 2007, she had a small role in the film Clubland, starring Brenda Blethyn, and directed by Cherie Nowlan. The film is known as Introducing the Dwights in the United States.

Rebecca Gibney was executive producer and also starred in New Zealand feature film The Map Reader as Amelia alongside Michael Hurst and played the mother of Michael, the map reader of the title portrayed by Jordan Selwyn, nephew of New Zealand acting icon Don Selwyn. The film was released in 2008.

From August 2008 until its conclusion in 2013, Rebecca played the female lead of Julie Rafter on the Seven Network’s Packed to the Rafters. Her role in the show proved popular for Gibney, and she won the Gold Logie in 2009 for the show.

Rebecca Gibney starred in the 2012 movie Mental alongside Toni Collette.

On 23 October 2013, the Seven Network announced that Rebecca Gibney will star in and produce a new crime drama, The Killing Field, which was released in 2014. Gibney plays a detective tasked with solving the murder of a teenage girl in a small town. Winter, a follow-up series to her 2014 tele-movie The Killing Field screened in 2015.