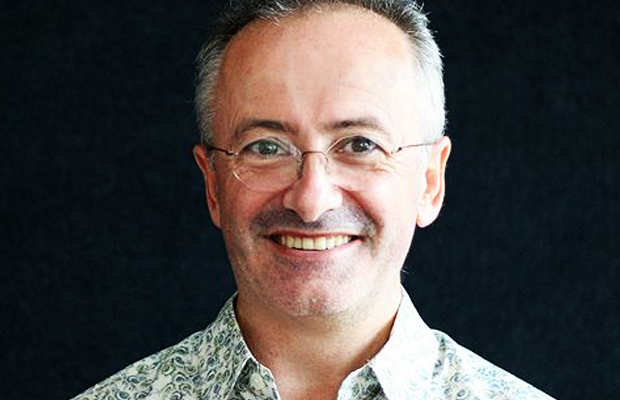 Andrew Denton worked on Australian radio stations early in his media career. Beginning as a writer for radio presenter Doug Mulray on Triple M, and later appearing on the show as “Andrew the boy wonder from indoor cricket”, he went on to write and host his own show. He had an early involvement in the Sydney Theatre sports movement.

Andrew Denton had an extended stint as a morning radio host for the Triple M Network in Sydney, with the assistance of Amanda Keller (who had regularly appeared on the TV show Denton). Segments included musical challenges. His time on Triple M included the infamousHouse From Hell reality TV program, in which various contestants were placed in a house together and involved in various stunts, tricks and tortures. Denton has said in radio interviews that he regrets being involved in the program due to the unacceptable level of human manipulation.

Andrew Denton made his first television appearance as an extra on the ABC television series The Investigators, and progressed to being a member of the team that was runner-up on the Australian improvised comedy show Theatre sports in 1987.

From the late 1980s into the 1990s, he hosted a number of TV shows, including Blah Blah Blah (1988), The Money or the Gun(1989–1990), Live and Sweaty (1991–1995), and a comedy talk show, Denton. The first three of these appeared on the ABC, while the last was on the Seven Network. These shows were talk-based, but often featured other segments. Live and Sweaty focused on sports and was a panel-based television show. Each had comic undertones – even when dealing with serious subjects – such as theMoney or the Gun episode dealing with kids cancer sufferers.

Each week on The Money or the Gun, Andrew had a musical guest play a cover version of Led Zeppelin’s “Stairway to Heaven” in a different musical style, usually the genre of the guest’s own musical style. The song was played in styles ranging from grand opera to the quirky pop of The B-52’s. This resulted in an album with 22 of the covers and a video with 25 (three highly visual covers, including the Castanet Club’s “pirate” themed entry, were not included on the album).

Andrew Denton appeared as a contestant on the Nine Network’s Sale of the Century when he won the comedy special in 1993. This was a moment he regarded as a crowning achievement.

While presenting Denton (the television series), he launched a public subscription scheme to hire a bounty hunter to capture fugitive businessman Christopher Skase, who was attempting to avoid extradition to Australia at the time. When told that his repeated statements against Skase could expose him to legal action, Denton said, “If he’s got a problem, he can come here and sue me”. He had a cameo appearance in the Australian film Let’s Get Skase.

In 2003, Denton began hosting Enough Rope with Andrew Denton, which became a hit for the ABC. He was executive producer and script editor for ABC’s The Election Chaser and CNNNN. In an audience development survey in 2004, respondents named Denton as one of the “most liked and recognisable” personalities on Australian television. Enough Rope ended in late 2008.

Asked about the best skill an interviewer can bring to the job, Denton said: “Research, clearly. Listening, obviously. And leaving myself open to the possibility it won’t go the way I expect. “Asked if there was an interview he wished he could do again, he said: “I did an interview with Crown Prince Frederik and Crown Princess Mary of Denmark and it was a crap interview because I am not very interested in royalty. Having accepted to do the interview, I should have found a way to get myself interested. If I wasn’t interested, why would the audience be? That was a great kick up the bum for me. It’s a lesson – I’ve learned it many times, but you always have to relearn it – just when you think you’re good at something, you find out what you’re not good at. It just reminded me, you can’t ever be lazy about it.”

In 2009, Andrew Denton hosted the second season of Elders, a series of interviews with ageing notable Australians. After this series finished, Denton took a few years off being in front of the camera and spent more time behind the scenes. In 2012, he returned to hosting duties, to ABC’s game show, Randling.

In 2014, Denton appeared on the SBS TV program Who Do You Think You Are?, tracing his Jewish family line to Poland. He visited the Treblinka extermination camp and contemplated what his fate might have been had his grandfather not moved to England.

Denton’s first feature-length documentary, God on My Side, documents his visit to the National Religious Broadcasters Convention. It was first shown at the Sydney Film Festival in June 2006 with plans to show it as a TV special on ABC’s Enough Rope. It was screened in Australian cinemas from 2 November 2006. Denton insists he is not anti-Christian.

In 2011, Denton served as executive producer on the crowd-funded horror film The Tunnel, which was released on DVD, TV and through BitTorrent online downloading platforms on 18 May 2011, simultaneously. The film was directed by Carlo Ledesma, co-written, co-produced and co-edited by Julian Harvey and Enzo Tedeschi, and produced with Denton’s production company Zapruder’s Other Films.

Andrew Denton appeared as Malcolm Turnbull in the Belvoir St Theatre production of A Royal Commission into the Australian Economy, written by John Clarke and Ross Stevenson, and participated in the early years of the ABC’s World Series Debating.[citation needed]

Zapruder’s Other Films is a production company founded in 1989 by Denton, Anita Jacoby, and Peter Thompson. The company was named for Abraham Zapruder, the man who famously filmed the assassination of President John F. Kennedy. Works produced by the company include:

In early 2012, Zapruder merged with Cordell Jigsaw and, in June 2013, Denton sold his share of the company at the same time he announced that he was quitting television.