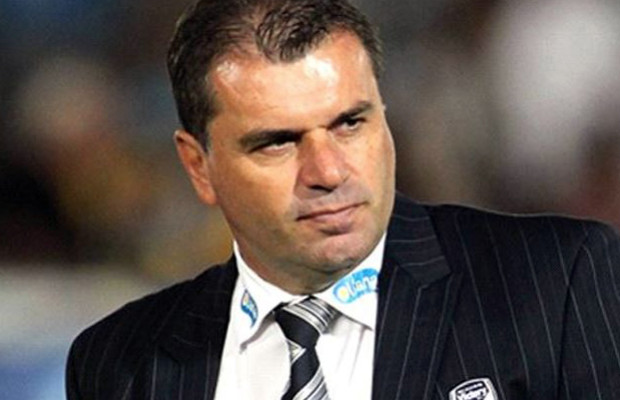 After first joining the club as a nine year old, Ange Postecoglou played 193 games from 1984 to 1993 for South Melbourne in the National Soccer League, where he was involved in their 1984 and 1990–91 titles, the latter as captain, before moving into coaching.

In his international playing career, Ange Postecoglou represented Australia on four occasions between 1986 and 1988 as well as representing Australia at youth level in 1985.

Postecoglou coached South Melbourne from 1996 until 2000. He led them to consecutive National Soccer League titles in 1997–98 and 1998–99, as well as winning the 1999 Oceania Club Championship, which in turn led to their participation in the 2000 FIFA Club World Championship. After the 1999–2000 NSL season, he stood down from the South Melbourne coaching role when he was appointed coach of the Australian youth team. He is the only person to have been involved in all four of South Melbourne’s NSL title-winning teams, the first two as a player and the latter two as coach.

Following his domestic coaching success, Postecoglou became coach of Australia’s youth sides in 2000. During his tenure, he played a role in identifying and developing Australian players. Postecoglou was involved in an on-air argument with football pundit Craig Foster on The World Game. He was replaced as coach in February 2007 after Australia failed to qualify for the 2007 FIFA U-20 World Cup. After his departure as coach of the Australian youth teams, Postecoglou worked as a football pundit for Fox Sports and as an elite consultant to Football Federation Victoria.

Ange Postecoglou coached Panachaiki in the Greek third division from March to December 2008. Despite keeping the traditional club well within contention for promotion, and more precisely in the top three for most of the season, a falling out with club management ended his tenure in Patras.

On 16 October 2009, Ange Postecoglou was signed as the new Brisbane Roar coach, replacing Frank Farina. Postecoglou started rebuilding the team by releasing Liam Reddy, Craig Moore, Bob Malcolm and Charlie Miller. Tommy Oar, Michael Zullo and Adam Sarota were bought by Dutch club FC Utrecht and striker Sergio van Dijk went to Adelaide United. Postecoglou, who asked to be judged a year from the time he took over, proved the critics wrong by winning and playing an entertaining brand of football. The Roar’s possession based style of play under Postecoglou earned them the nickname “Roarcelona”.

The 4–0 win against Adelaide United in round 13 was highly praised in the media as some of the best football the A-League has ever seen. Postecoglou led the Roar to the Premiership and Championship in the 2010–11 season, winning the Grand Final 4–2 on penalties against the Central Coast Mariners in front of 52,168 people at Lang Park. The Roar only lost one game all season and went on a 36-game unbeaten run, which broke the previous Australian football record. On 18 March 2011, he signed a two-year extension with the club keeping him until the 2013–14 season.

On 24 April 2012, Ange Postecoglou announced his resignation as head coach of Brisbane Roar. Postecoglou left the Roar after two-and-a-half years, during which he led the club to back-to-back A-League championships, a premiership and consecutive qualification for the AFC Champions League.

Ange Postecoglou was appointed head coach of Australia on 23 October 2013 on a five-year contract, replacing German Holger Osieck, who was sacked after successive 6–0 defeats to Brazil and France. Postecoglou was tasked with regenerating the Australian national team, which was deemed to have been too reliant on members of their Golden Generation of 2006, subsequently leading to a stagnation of results, culminating in successive 6–0 defeats to Brazil and France. In his first game as Australia’s manager, a home friendly match against Costa Rica, Australia won 1–0, courtesy of a goal from Tim Cahill.

For the 2014 FIFA World Cup, Australia were drawn in Group B alongside holders Spain, 2010 runners-up Netherlands and Chile. Their first match was off to a lacklustre start, having conceded only a goal from Tim Cahill before losing to South America’s Chile 3–1. Their second match against the Netherlands was a close one, but their efforts ended in a 3–2 loss, thus earning their early exit along with the Spanish team. Australian fans praised the team for their outstanding efforts in a tough group. In the end, Australia finished Group B with a third defeat to former world champions Spain 3–0. Australia’s competitive World Cup performances in a difficult group lead to belief that a new Golden Generation was about to begin, although at that time nobody thought this would be a new Golden Generation.

Ange Postecoglou coached Australia in 2015 AFC Asian Cup. Australia beat Kuwait (4–1) and Oman (4–0), but lost to South Korea (0–1) in the group stage, before beating China (2–0) in quarter-final and United Arab Emirates (2–0) in the semi-final. Australia then beat South Korea (2–1) in extra time to win in the final to win its first AFC Asian Cup.

Two weeks after Australia qualified for the 2018 FIFA World Cup, on 22 November 2017, Ange Postecoglou announced his resignation as Socceroos coach.