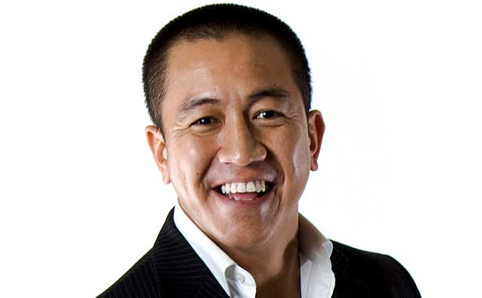 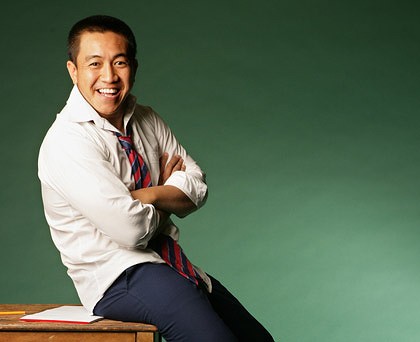 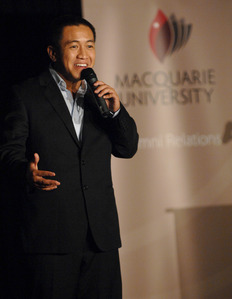 Anh Do has played to sell out crowds at the Melbourne Comedy Festival and The Sydney Opera House. As one of Australia’s most sought after stand-up comedians, Anh is an accomplished comedian and MC as well as a talented writer, actor and producer.

After bagging all the comedy awards around town, including the Sydney Comedian of the Year, and appearing on all the TV shows that feature comedians, including “Thank God You’re Here” and “Rove Live”, Anh finally realized that those regular gigs at Rooty Hill bikers club would one day get him killed, so he has supplemented the income with acting, film producing and writing. 2006 saw the release of ‘Footy Legends’ in which Anh was the star along-side Claudia Karvan and Matthew Johns. In 2003 Anh co-produced the film ‘The Finished People’ (Post 75 Productions). It was described by Margaret Pomeranz as ‘one of the best Australian films of the year’.

Even though he is a terrible dancer, Anh got to the grand final of ‘Dancing with the Stars’, being a huge favourite with the voting home audience. This success saw him offered his own TV show ‘Made in China with Anh Do’ – an Olympics special which rated through the roof. Anh has more of his own TV projects in the pipeline.

Anh is also a regular on ‘The Matty Johns Show’ and has been seen on ‘The Footy Show’, ‘Spicks and Specks’ as well as Seachange’, ‘Good News Week’ and ‘All Saints’.

Anh is still one of the most sought after stand-up comedians in Australia. His completely clean material and friendly stage manner makes him one of Australia’s most popular corporate comedians, having entertained clients ranging from The Commonwealth Bank to Hallmark Cards to IBM. He is used again and again as an MC and comic by many companies who enjoy the warmth and joy he brings to an evening.

And right at the end of the biography (cause it’s something he doesn’t like to admit), in 1999 Anh completed a Bachelor of Business and was 6 months away from completing a Bachelor of Laws at the University of Technology, Sydney. The threat of having to go back to finish his law degree ensures that Anh works hard at his acting and comedy career. So far he is doing superbly.