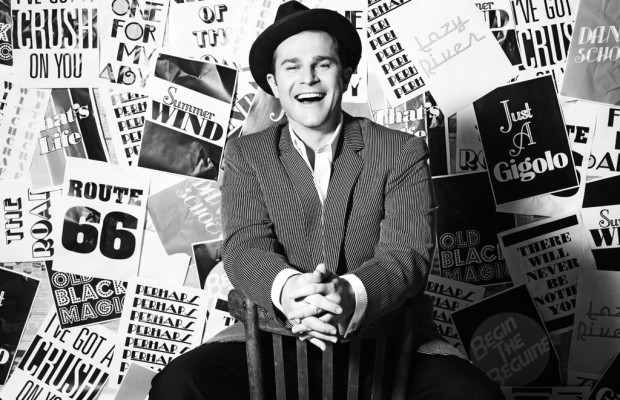 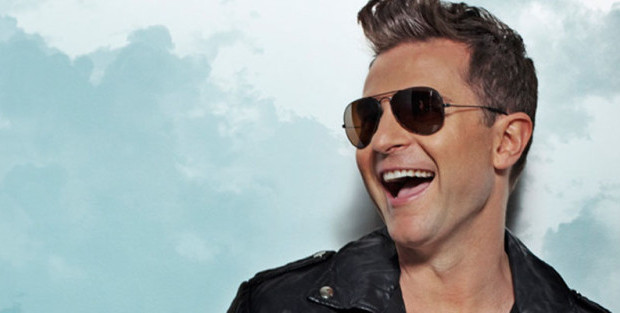 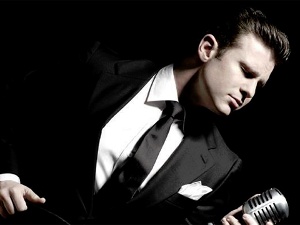 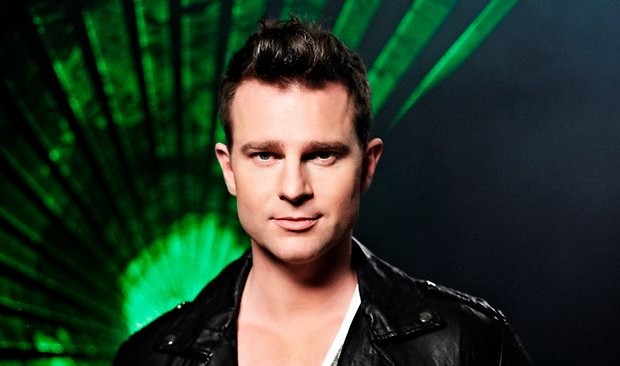 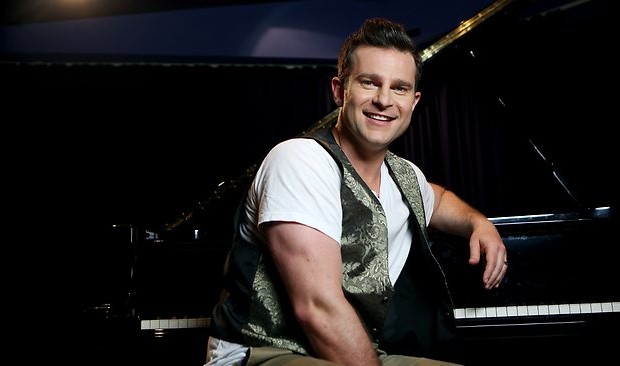 David Campbell is one of Australia’s most popular entertainers. A multi-platinum selling recording artist, David has featured on TV, starred in theatre and cabaret, recorded three Top Ten albums, and sold out concert tours from coast to coast. He has a unique legacy as not just one of Australia’s leading musical theatre stars, but also one of the few local performers to have achieved similar success in New York.

Born and raised in Adelaide, David was drawn to the performing arts – initially as an actor. He was performing at the STC and Sydney Opera House by the age of 22, and in 1997 starred in a major revival of Les Miserables in Sydney. Shortly after this, Campbell moved to New York, where his downtown cabaret show attracted major crowds. Due to what Time Out New York described as “the biggest buzz since Barbra Streisand”, Campbell moved his show to the iconic cabaret room Rainbow & Stars, becoming the youngest performer ever to headline the venue.

With this success as a launch-pad, Campbell was soon in demand from Broadway’s most prestigious writers and directors. Stephen Sondheim cast him in the New York premiere of his musical Saturday Night, and he played leading roles in shows like Babes In Arms (at the Lincoln Center), and South Pacific.

In recent years Campbell’s position in the Australian entertainment industry expanded with his appointment as Artistic Director of the Adelaide Cabaret Festival (the largest cabaret festival in the world), and the success of Luckiest Productions, the production company he runs with his wife Lisa. Luckiest now produces all of Campbell’s national tours, as well as many other independent projects.

David’s most recent album David Campbell On Broadway saw Campbell interpreting a host of beloved musical theatre songs on record for the first time. The album combined songs from hit shows in which he has starred (Les Miserables, Company, Guys & Dolls, Carousel) with songs from other hit musicals (Oklahoma!, Hello, Dolly!, Chicago, On The Town), and even a world premiere recording from Catch Me If You Can, by Hairspray writers Marc Shaiman and Scott Wittman.

David released his latest album ‘Let’s Go’, in November 2011 and is the new co-host of MORNINGS on the Nine Network along with Sonia Kruger.

In the sequel to one of the most successful local recordings over the last year, David Campbell is back and swinging harder than ever with ‘Swing Sessions 2′. So grab a partner, loosen up the tie, take off those heels, and join David as he delivers a sizzling new set of classics on this special record. The original ‘Swing Sessions’ proved a national phenomenon – and the highest-selling album of David’s career – with local sales topping the 120,000 mark.

But that’s only half the Swing story.

Out on the road, David’s hugely popular “Swing Sessions Tour” has blown everyone away. Just recently back from a sold-out national tour, David and his bigband have been playing to packed out rooms right across the map, in venues as far apart as Perth and Townsville, with audiences of 1000-2000 joyous fans each night.

“It’s been remarkable,” says David. “Just the impact of people wanting to see this sort of music. I think it goes back to old-school values and entertainment. Everyone sings along with every song. With a thousand seats, that’s a lot singing!”

It was the ever-expanding set-list from these live shows that provided David and his musical director Chong Lim with the structural backbone for ‘Swing Sessions 2′. Songs that proved instant crowd favourites were no-brainers in making the start-up list for the new album. Timeless classics such as ‘One For My Baby’, ‘Just A Gigolo/I Ain’t Nobody’, ‘Begin The Beguine’ and a smoking Mel Torme-inspired take on ‘Route 66′ have all been hits from David’s performances over the last year.

From there, David and Chong simply had to decide what other all-time classics to tackle from an ocean of possibilities. The experience of making the first ‘Swing Sessions’ greatly influenced how the pair approached this task.

“We just said to ourselves, ‘Now that we know what we were doing, let’s try and make it a bit better and cleaner and not so rushed,'” David explains. “As a result, I think the second album feels bigger, it feels more confident musically.”

The pair swapped CDs of their favourite songs as they worked together on the hit television series It Takes Two – where Chong is musical director. David went on to win with his partner All Saints actress Jolene Anderson.

One of key early tracks selected by Chong was ‘That Old Black Magic’. He had tried to convince David to include it on the first album, but the singer felt he wasn’t quite ready to do it, especially since that particular song meant so much to him. It is, in fact, the track that David credits with reintroducing him to swing. David felt ready to record the track this time around and you can feel the passion in his performance.

“In around 1994 or 95, when I was about 22, just before I went to New York, I found an old cassette tape at a friend’s place, the greatest hits of Sammy Davis Jnr,” David recalls. “I remember one Sunday afternoon just putting it on and that was the first song. I had to keep rewinding it to play it again and again and I played it something like twenty times.”

From one of the Rat Pack to the Chairman of the Board, David notes that the influence of Frank Sinatra weighs heavy on ‘Swing Sessions 2′, from some of the song choices through to David’s approach to his singing.

“Vocally, I usually sing very high, but I’ve tried to style it a bit more like Frank or Dean (Martin) would do it,” he explains. “Just drop the keys a little bit so it’s more relaxed, so it swings a little heavier, a bit cooler.”

Backed by the biggest big band in the land, a ten-piece orchestra made up mostly of musos from Chong’s ‘It Takes Two’ band and all of whom had worked on ‘Swing Sessions’ – David, Chong and band locked themselves up in the studio and churned out the fourteen tracks to go on the record. “We literally knocked over the majority of the recording in two days,” David says proudly. “I think it’s the only way to go with an album like this. It’s a symbiotic thing; you’ve got to get the right punch. It’s what Sinatra would have done.”

The sound is simply amazing, euphoric. David is sounding better than ever, again proving himself to be one of the great song interpreters of this age, anywhere – simply world class. And the band is hot, adventurous, swinging.

“We had fun doing the album,” David says. “It was really loose and it just feels more mature than ‘Swing Sessions 1′. We really challenged ourselves. And I’m enjoying listening to it!”

And David says he and his band can’t wait to get back on the road with the new album. “It is all about having fun,” he says. “It’s all about entertainment. I’m 34 now and I’m still going, I’ve been doing this since I was 19. I’ve been lucky enough to be given the opportunity to continue to evolve and also to find my love again of doing swing.

“And there is a lot more to come! Think what is going to come out of the next tour for the next album? I can only imagine.”