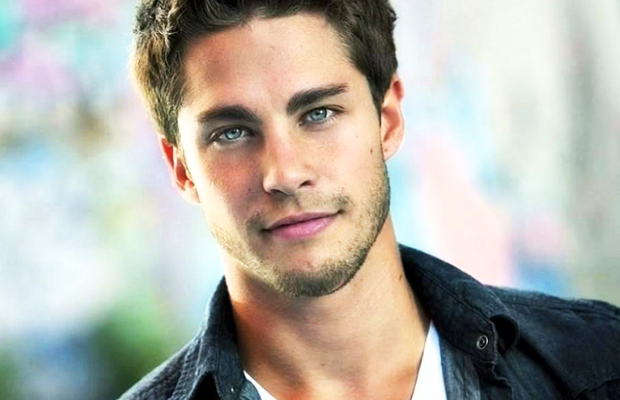 Dean Geyer auditioned for the fourth series of Australian Idol in his Australian hometown of Melbourne. After singing Marc Cohn’s “Walking In Memphis”, Geyer played a self-composed piece called “Nice to Meet You”. This song was praised by the three judges, who unanimously voted to send him through to the Top 100.

Dean Geyer survived the culling rounds in Sydney, where the Top 100 are reduced to the Top 24. He sang “I Don’t Wanna Be” by Gavin DeGrawfor his elimination performance, and later performed the U2 smash hit “Beautiful Day” with Chris Murphy. They became close friends and impressed the judges with their voices and their camaraderie. Geyer was the first contestant who was accepted by Idol into the top 100. On 28 May, Geyer was the second contestant voted into the top 12.

Geyer’s performance of Ryan Cabrera’s “On the Way Down” on 15 October received a “touchdown” from judge Mark Holden. His Disco performance in the Final 8 of “Turn the Beat Around” included a front handspring by Geyer off the side of the stage and a backflip at the end of his performance. In the weeks leading up to the final of Australian Idol 2006, Geyer was selected by both Mark Holden and formerIdol judge Ian Dickson as their favourites for winning the competition.

On 12 November, Dean Geyer received a second Touchdown from Mark Holden after his performance of Edwin McCain’s “I’ll Be”. Although Geyer was one of the most popular characters in the behind-the-scenes interviews on Idol Backstage, he was eliminated from the show on 13 November after receiving the lowest amount of votes from home viewers losing out to runner-up Jessica Mauboy and eventual winner, Damien Leith.

Within weeks of the Australian Idol fourth season finale Dean Geyer signed a multiple album recording-contract with SonyBMG Australia. Geyer worked with Grammy Award nominated Music Producer Greg Wells and co-wrote eight of the thirteen tracks on his debut album. In March 2007 Geyer performed at the Celebrity Grand Prix in Melbourne in which the singles was unreleased at the time. In April that same year Geyer released his debut single If You Don’t Mean It which peaked on the ARIA Charts at #10. The album, recorded in early February, was released on 26 May 2007 On 26 May 2007 Geyer released his long-anticipated debut album Rush which debuted and peaked at #7 on the ARIA Charts and received mixed reviews from critics. Despite a successful first week the album quickly dropped out of the charts due to little promotion and no planned second single. Initially Geyer was to support Young Divas on their nationwide Australian tour but dropped out to instead promote Rush in several in-store appearances and signings. Later that year Geyer supported ARIA Award-Winning Duo The Veronicas on their Hook Me Up Australian Tour. In March 2008 Geyer portrayed the role of then fiancee Lisa Origliasso in the duo’s music video This Love. That same year SonyBMG dropped Geyer due to the under-performance of Rush.

In November 2007, Jonathon Moran from The Daily Telegraph reported Dean Geyer had joined the cast of long-running soap opera Neighbours. Geyer portrayed the role of Ty Harper an aspiring musician who had dropped out of law-school and moved to Erinsborough. Geyer worked with Neighbours drama coach Mike Bishop for four months to help prepare himself for the role and he took vocal lessons to work with his South African accent. On 27 March 2008, Geyer made his on-screen debut to mixed reviews from critics. Geyer notably performed a duet with co-star Caitlin Stasey titled “Unforgettable”, which peaked at #40 on the ARIA Downloads Chart. In November 2008 after eight-months on Neighbours Geyer announced he was leaving the series to revamp his music career. The following month Geyer filmed his final scenes which aired in April 2009.

In October 2010, it was announced Dean Geyer would make his film debut in Never Back Down 2: The Beatdown the sequel to the 2008 filmNever Back Down. Geyer portrays the role of Mike Stokes a former high school wrestler who competes in MMA. Filming began in September 2010 in Louisiana on a budget of $3 million. The film was shot over the course of four weeks with the rehearsals commencing over two weeks. In April 2011, the film premiered the ActionFest film festival. The film was released Straight-to-DVD in September that same year to mixed reviews from critics.  In July 2011, Geyer made his American television debut on the VH1 Drama television seriesSingle Ladies. In 2012, Geyer maintained a major-recurring role on the Fox Network Steven Spielberg produced science fiction drama television series Terra Nova.

In July 2012, Geyer was announced to have been cast in a recurring role in the fourth season of the Fox musical comedy drama television series Glee. Geyer portrayed the role of Brody Weston an upperclassman who becomes involved with the series protagonist Rachel Berry (Lea Michele) who both attend NYADA. Geyer made his first appearance on Glee in the series premiere episode “The New Rachel” which aired on 13 September 2012 to over 7.41 million viewers.

In 2015, Geyer played Daniel in the Georgian film, Landmine Goes Click, opposite Sterling Knight and Spencer Locke. He will also star in the films, Rehearsal, with Bruce Greenwood, Don’t Wake Mommy and The Sand, all to be released in 2015. Geyer is also in production for the TV crime-drama, Shades of Blue, starring Jennifer Lopez. He will appear in 3 episodes.