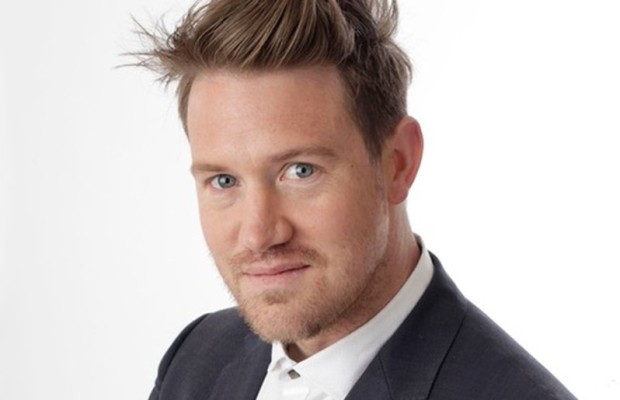 Eddie Perfect is a Multi-talented performer who has made his name as an actor, singer, composer and comedian, and will bring his eye for talent to channel nine’s the Australia’s Got Talent judging panel.

Best known for his role as Mick Holland in Offspring, Eddie, with his experience in so many fields of entertainment, is well placed to help unearth Australia’s next star performer.

Eddie Perfect has recorded solo albums and written and performed numerous cabaret shows, including Songs from the Middle with the Brodsky Quartet. His biographical musical comedy Shane Warne: The Musical won the 2009 Helpmann Award for Best New Australian Work, the Victorian Premier’s Literacy Award and a Green Room Award.

Known for his political comedy, he has appeared on Australian TV shows including Kath & Kim, Spicks and Specks, Good News Week, Stingers, Blue Heelers, MDA, The Melbourne Comedy Festival Gala and The Sideshow. Perfect released the solo albums Welcome to the Inside of Ed’s Head and Angry Eddie, which was released after his appearance on the anti-Howard Government compilation Rock Against Howard. He was awarded the best entertainer in The Bulletin’s Brightest 100 Australians for his caustic lyrics, impeccable timing and “boy-next-door looks”.

Eddie Perfect has appeared in live stage shows including The Big Con with veteran Australian actor and impersonator Max Gillies in 2005, and his solo show Drink Pepsi, Bitch!, which satirised Australian politics and society and consumer culture. Drink Pepsi, Bitch! toured the Edinburgh Fringe, London’s Menier Chocolate Factory, the Auckland Festival, the Christchurch Festival, Melbourne’s Malthouse Theatre, the Adelaide Fringe Festival, and Sydney ‘Cracker’ Comedy Festival, although he was obliged to censor the show’s title (which was amended to Drink Eddie TM Bitch! for his season at the Sydney Opera House due to the fact that the beverage company named in the title is a principal sponsor of the venue.

In 2007, Eddie Perfect appeared in Keating! the Musical playing several characters, including a parody of former Australian Minister for Foreign Affairs Alexander Downer.

In 2008, Eddie Perfect wrote Shane Warne: The Musical, a satire based on the life and exploits of Australian test cricketer Shane Warne. The musical had a workshop showing at the Adelaide Cabaret Festival on 17 July 2007 and the piece underwent further workshopping in early 2008 culminating in five work-in-progress showings at The Hi-Fi Bar and Ballroom as part of the Melbourne International Comedy Festival. Shane Warne The Musical premiered at the Melbourne Athenaeum theatre on 10 December 2008 before embarking on a national tour. In 2009 the musical received the Helpmann Award for Best New Australian Work, the Green Room Award and the Victorian Premier’s Literary Award. Updated to reflect new developments in Warne’s life, the show enjoyed a revival at Hamer Hall in Melbourne in June 2013, directed by Simon Phillips, with Perfect in the title role and co-starring Lisa McCune, Shane Jacobson, Mike McLeish and Christie Whelan-Browne as Liz Hurley. A cast recording is in production.

In November 2009, he hosted the Inside Film Awards at Sydney’s Luna Park.

In 2010, he performed Songs from the Middle, a song cycle inspired by Perfect’s childhood in Mentone, Victoria. Eamonn Kelley in The Australian described the work as “a poignant narrative of adult reconciliation with a place and a past from which he fled at the first opportunity, restless and with no sense of belonging”. He also played the lead role of Mack the Knife in The Threepenny Opera at the Malthouse Theatre, Melbourne. In 2011 he played the same role in the Sydney Theatre Company’s production. He hosted FOX8’s Ultimate School Musical, which he also directed. Later in the year he played the role of Mick Holland in Channel Ten’s Offspring comedy-drama series. He also presented an award at the 2010 ARIA Music Awards.

His solo show Misanthropology premiered at the Spiegeltent, in January 2011, as part of the Sydney Festival. Mingling satire and homage, with Perfect’s arrangements for a three-piece band, Perfect wanted to provide “a kind of social autopsy [of our] cultural rituals.” In targeting eco-tourists, self-righteous cyclists, and others including Barrie Kosky, Perfect tried to examine “the qualities that have driven our evolution, such as the urge to conquer and compete, and the urge to procreate, trip us up and reveal us as the animals we really are.” Perfect said of the show: “Tonight I invite you to laugh and think and question humanity in all of its wondrous idiocy. Remember, healthy, cynical self-reflection is what separates us from Kyle Sandilands.”