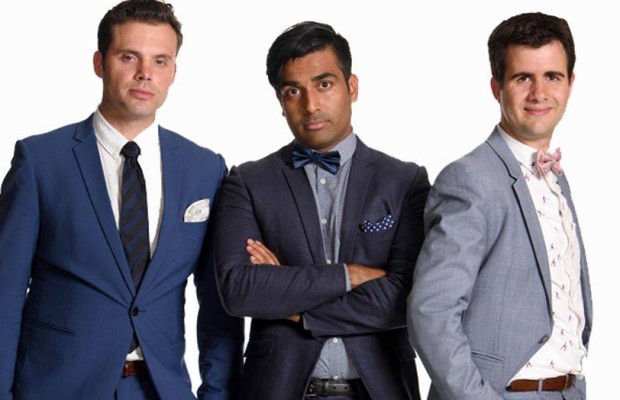 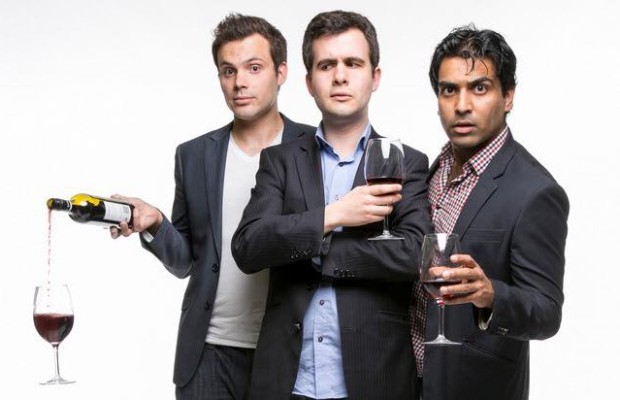 Gentlemen of Deceit are 3 amigos of magic, bringing hilarious and jaw-dropping entertainment to Australian audiences since 2011. As seen on Australia Got Talent – Link

Alex de la Rambelje, Luke Hocking and Vyom Sharma made a literal smash on the semi-final of Australia’s Got Talent when they pulverised judge Kelly Osbournes phone with a sledge hammer and were voted through to the Grand Finals. The act had such an impact it’s even been reported in the British press.

Many years ago, these fledgling magicians were practicing card tricks at home, rarely venturing out with their magic into the public.

When they met each other, they decided to combine forces as a modern deception later changing their name to Gentlemen of Deceit.

Since then, they have performed in theatres, gala’s, tents, birthdays, Christmas parties, magic castles, corporate events, dungeons, taverns and many other places they weren’t invited.

They can be seen in their hit family show ‘How To Make Your Parents Disappear Again’ during this year’s Festival and, who knows, the Gentlemen of Deceit just might make another special appearance on ‘The Best of The Fest’.

When it comes to the necessary magic of stage presence, the Gentlemen of Deceit have it in spades. They’re humble enough not to rely upon their easy, immediate connection with the audience when it comes to performing their tricks, nor do they treat the viewers as a paying crowd from whom they’re separated.

Magic, the group seem to imply, may be bullshit; but it’s a fun sort of bullshit, and we’d like to pull you into the heart of it.

Be warned: they take their magic very seriously. But not themselves.

Book or contact Gentlemen of Deceit for your next corporate event at the Entertainment Bureau.