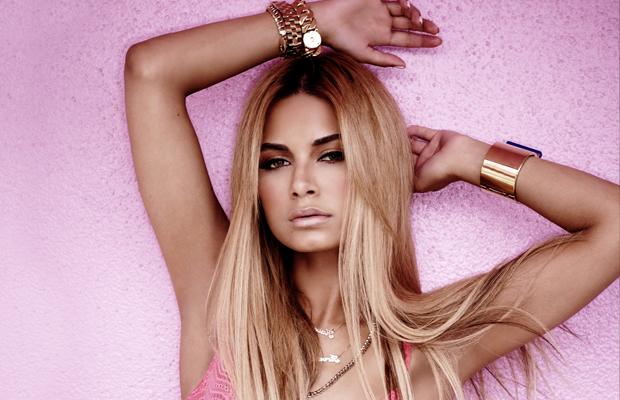 Since December 2009, Havana Brown has provided mixes every Saturday night on Party People, a radio show which broadcasts across Australia by the Today Network.

2011–2013: Recording debut, international breakthrough, and When The Lights Go Out EP

In April 2011, Havana Brown was a supporting act for Chris Brown’s Australian leg of his F.A.M.E. Tour. On 29 April 2011, Brown released her debut single “We Run the Night”, which was written and produced by Cassie Davis and Snob Scrilla of the production duo More Mega. The song peaked at number five on the ARIA Singles Chart and was certified triple platinum by theAustralian Recording Industry Association (ARIA), for selling 210,000 copies. On 4 September 2011, Brown told The Daily Telegraph that she had signed a US recording contract with Universal Republic Records via producer RedOne’s label 2101 Records. The official remix of “We Run the Night”, featuring additional production by RedOne and a rap verse by American rapperPitbull, was released in the United States on 27 September 2011. It peaked at number one on the US Hot Dance Club Songs chart. Brown’s second single “Get It” was released on 9 September 2011, and peaked at number 38 on the ARIA Singles Chart. On 20 April 2012, Brown released a promotional single titled “City of Darkness”.

Brown’s debut EP When the Lights Go Out was released on 17 July 2012. The Australian version of the EP included five new songs, while the US version included the RedOne remix of “We Run the Night”. On 18 July 2012, she appeared as a musical guest on America’s Got Talent. In August 2012, Brown became a supporting act, alongside Timomatic and Taio Cruz, for Pitbull’s Australian leg of his Planet Pit World Tour. Brown represented Australia at the firstABU TV Song Festival 2012, which took place at the KBS Concert Hall in Seoul, South Korea on 14 October 2012. “Big Banana”, featuring R3hab and Prophet of 7Lions, was released as the third single from When the Lights Go Out on 4 December 2012. It was Brown’s second single to peak at number one on the USHot Dance Club Songs chart. It also peaked at number 15 on the US Dance/Electronic Songs chart. In Australia, “Big Banana” peaked at number 18 on the ARIA Singles Chart, and at number 2 on the ARIA Dance Singles Chart. The song was certified gold by the Australian Recording Industry Association (ARIA), denoting sales of 70,000 copies. “Spread a Little Love” was released as the fourth single from the EP but failed to chart.

Brown’s debut studio album Flashing Lights was released on 11 October 2013, which debuted at number six on the ARIA Albums Chart. It features collaborations with RedOne, R3hab, Cassie Davis, Snob Scrilla and Afrojack. Flashing Lights also features previously released tracks “We Run the Night”, “Big Banana” and “You’ll Be Mine”. The album was in the process of creation from 2011 when she released “We Run the Night”, which sold over one million copies in the United States and charted across the globe. Brown spent 2012 and 2013 primarily based in the U.S. working on the album. The lead single “Flashing Lights” was released on 23 August 2013 and peaked at number 68 on the ARIA Singles Chart. “Flashing Lights” peaked at number one on the Hot Dance Club Songs chart marking her third number one in the US on that chart. The second single “Warrior” was released on 27 September 2013, debuted at number 32 before peaking at number 11 and was certified platinum for sales of over 70,000 copies. On 14 October 2013, Brown performed “Warrior” on series five of the The X Factor Australia.

On 27 March 2014, Havana Brown released the single “Whatever We Want”, which peaked at number 35 on the ARIA Singles Chart. Brown’s next single “Better Not Said” was released on 9 September 2014, and peaked at number 79. In January 2015, she released her eleventh lead single “No Ordinary Love”, which is a dance version of Sade’s song of the same name.