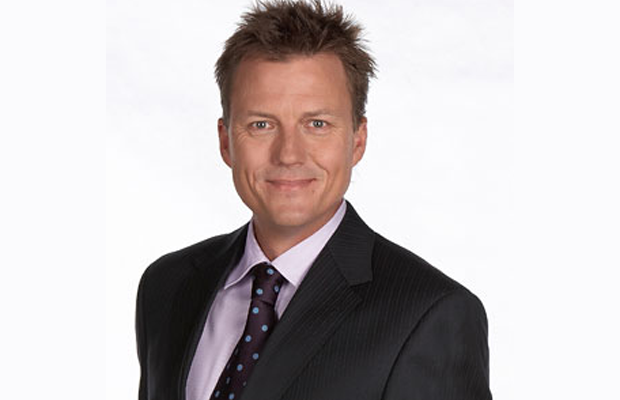 In the 1990s, James Brayshaw worked for the Seven Network in Adelaide. This included being a substitute sports anchor for the Seven Nightly News bulletin and working on local football discussion programs, such as Footy Plus. In early 1998 James was teamed up with Amanda Blair and Paul Gale on Adelaide’s SAFM, which eventually became that city’s number one rating breakfast show. One memorable on-air incident at SAFM saw him covered in Adelaidebodypaint after the club he supports, North Melbourne, lost the 1998 AFL Grand Final to them.

In 2001 his big break came as the host of the Seven Network’s Ashes (cricket) action with Jeff Thomson, but later moved to the Nine Network when the AFL was transferred. He became the nightly anchor for the National Nine News sport report, as well as contributing to other sports programs on the network, eventually becoming a regular commentator in both football and cricket coverage. In 2005, James Brayshaw co-hosted Any Given Sunday with Garry Lyon and Sam Newman.

In 2006, James Brayshaw (along with Garry Lyon) replaced Eddie McGuire as host of The AFL Footy Show, a position he currently holds. Additionally, he co-hosted the morning sessions of the2006 Melbourne Commonwealth Games with Lyon. Apart from his television commitments, he works for radio station Triple M, as a host and commentator of their Australian rules footballcoverage. He also worked as a full-time co-host on breakfast program The Cage before it was axed in 2007 and replaced with Pete & Myf. Previously he has been part of the Melbourne-based show via his home studio in the Adelaide Hills.

James Brayshaw was installed as Chairman of the North Melbourne Football Club on 6 December 2007 after the club rejected the AFL’s deal to permanently relocate to the Gold Coast.

In September 2007, Brayshaw announced that he will be leaving The Cage to spend more time with his family – just before the program was cancelled due to high costs and poor ratings.

For the duration of the 2010 Winter Olympic Games in Vancouver, James Brayshaw took on a commentary role for various skiing events alongside Michael Kennedy, former international moguls skier, dual Winter Olympics coach and current CEO of Ski & Snowboard Australia, in calling the moguls competition. Brayshaw teamed up with three-time Australian snowboard champion, Jay Onley, to call the action from the Olympic snowboard competition.

James Brayshaw currently Co-hosts The Rush Hour on Triple M Melbourne with Billy Brownless. The show is broadcast weekdays in the drive-time slot. In 2011, Brayshaw resigned from ‘The Sunday Footy Show’ and was replaced by fellow ex-cricketer Simon O’Donnell. In addition, Brayshaw commentated on events of the 2012 London Olympics of which, Nine has broadcast rights to as does Foxtel.

James Brayshaw has also been involved in golf and cricket coverage for Nine.