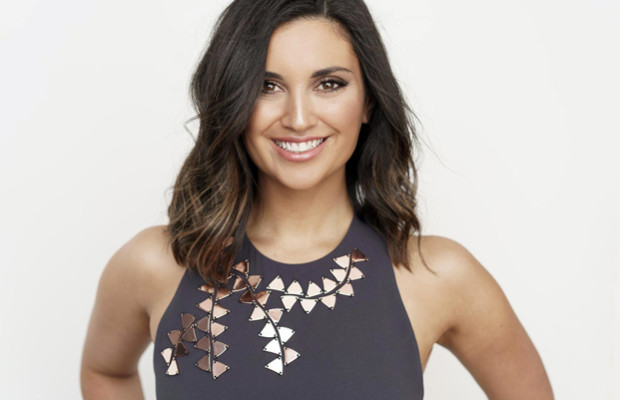 Jamila Rizvi writes a twice-weekly column for News Limited about politics, gender and parenting. She is an accomplished host and commentator, appearing regularly on The Project, The Drum and ABC News Breakfast. Jamila is also host of ‘The Schmunday Show’ on Fox FM, Melbourne.

Jamila’s first book Not Just Lucky, which is a career manifesto for millennial women, was published by Penguin in June 2017. Former Prime Minister Julia Gillard has called it, ‘feisty and inquisitive, a fresh take on modern feminist issues.’ Jamila’s second book, an anthology of essays about motherhood, will be released in 2018.

Jamila Rizvi is the former Editor-in-Chief of the Mamamia Women’s Network websites, which reaches more than 2 million women each month. Jamila was a finalist for Best Newcomer in the 2014 Women In Media Awards and under her stewardship Mamamia was named ‘Brand of the Year’ in 2013.

In 2014Jamila Rizvi was named one of Cosmopolitan’s 30 Most Successful Women Under 30 and in 2015, was listed as one of Australia’s 100 Women of Influence by the Australian Financial Review. In 2017 she was included in the Weekly Review’s top ten list of young rising stars in Melbourne.

Prior to entering the media,Jamila Rizvi worked in politics for former Prime Minister Kevin Rudd and Minister Kate Ellis. Having advised governments at the very highest levels, she has extensive experience in policy areas including women, media, child care, employment and youth.

Jamila Rizvi is an Ambassador for CARE Australia and refugee advocacy group Welcome to Australia. She is a board member for public policy think tank, The McKell Institute and the Melbourne’s Writer’s Festival.