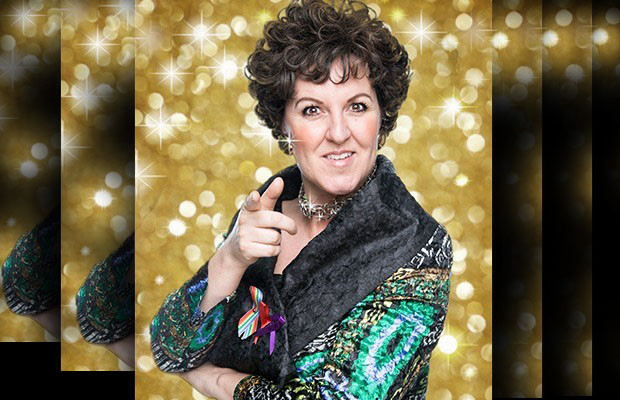 She relocated to Sydney in 1992 and began her career performing in musicals and stage plays such as Cabaret, Les Misérables, Anything Goes, Threepenny Opera, Furious, Barmaids, After January, and The Boy from Oz. She has since worked extensively in musical theatre, plays, cabaret, on television and in film, as well as recording an album of original music.

Alongside her career as a performer, van de Zandt also teaches in the field of audition technique and musical theatre performance and has held lecturing positions at the University of Ballarat Arts Academy, the Victorian College of the Arts and the NIDA Open Program.

Queenie van de Zandt is also a songwriter and writer. In 1994 Glen St Theatre in Sydney produced Jingle Belrose (later re-titled Up The Shops), which she co-wrote with Tony Taylor, Craig Ilott and Jonothan Mayer, and in 2001 the show was again produced by ATYP in Sydney.

In 1996 she recorded and released her first solo album, Amazon Woman, which she co-wrote with Andrew Worboys.

In 1999 she performed her original material at the National Folk Festival.  Her subsequent one-woman show Amazon Woman and Other Stories has been performed at Kabarett Junction, Sydney, The Brisbane Cabaret Festival, The Basement, Sydney, Chapel off Chapel, and The Butterfly Club in Melbourne and at Theatre 3, Canberra. She is set to release her second album, Other Stories, later this year.

2005 has seen Queenie shift into comedy, performing in the Brisbane and Sydney seasons of the 2005 Helpmann Award nominated Women In Voice 14 and The Brisbane Cabaret Festival, playing her self-devised character, Jan van de Stool, to great success with audiences and critics alike.

Book or contact Jan Van De Stool for your next corporate event at the Entertainment Bureau.