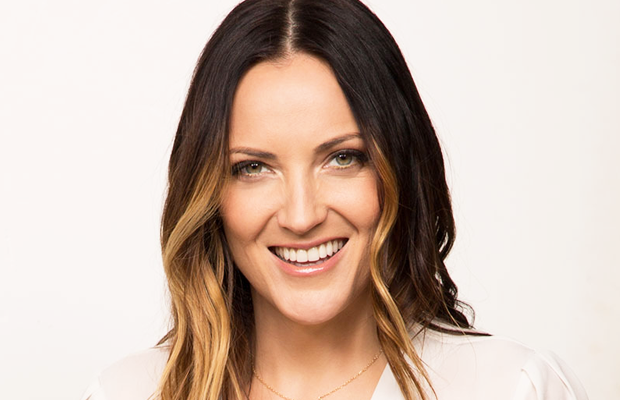 Jen Kirkman performs stand-up comedy in Los Angeles, California, appearing regularly at the Hollywood Improv, The Laugh Factory, Largo, and The Upright Citizens Brigade Theatre. She has performed with comedians Maria Bamford, Greg Behrendt, Mike Birbiglia and Chelsea Handler. In 2009 and 2010, she performed as part of the Comedians of Chelsea Lately. She has made appearances on several American television shows, including performances on Conan, The Late Late Show with Craig Ferguson, Late Friday, Premium Blend and Special Sauce.

Kirkman has made several appearances on The Crabfeast podcast, which is hosted by comedians Jay Larson and Ryan Sickler. She also appeared regularly on the monthly Pod F. Tompkast podcast with Paul F. Tompkins, on which he referred to her by the nickname “Southie”. She also produces I Seem Fun: The Diary Of Jen Kirkman, her own weekly podcast.

In 2009, Entertainment Weekly named Kirkman one of the “Top 12 Rising Stars in Comedy,”[9] and in May 2010, both MSN and The Huffington Post named her one of the top comedians to follow on social networking service Twitter. She cites her comedy influences as Joan Rivers, Howard Stern, Roseanne Barr, Morrissey, and Sam Kinison. As an eight-year-old, she would sneak over to a friend’s house to watch Sam Kinison andGeorge Carlin comedy specials on HBO. “[Kinison] was a big thing for me,” she says, “Someone is yelling, I’m not in trouble, and it’s funny.”

In 2006, Kirkman released her debut comedy album, Self Help through AST Records. Her second album, Hail to the Freaks, was recorded live at The Upright Citizens Brigade Theatre on December 11, 2010. It was released on May 17, 2011 with a bonus disk of additional material, and peaked at #13 on the Billboard Top Comedy Albums chart.

Jen Kirkman was a narrator on two episodes of the Funny or Die-produced series Drunk History on HBO, which received the jury prize for “Best Short Film” at the 2010 Sundance Film Festival. Though it is often questioned, she was actually drunk for both episodes.[17] In 2007, she appeared as a cast member on the short-lived sketch comedy show Acceptable.TV on VH1. She has also made regular voice-over appearances on the Adult Swim seriesHome Movies and the political satire animated series SuperNews! on Current TV. In 2009, she wrote two episodes of the Disney Channel animated series Phineas and Ferb.

Most notably, Kirkman is a staff writer and roundtable regular on Chelsea Lately. On June 3, 2010, she announced she would be leaving Chelsea Latelyto join the writing staff for Perfect Couples, a romantic situation comedy which premiered as a mid-season replacement on NBC on January 20, 2011. She continued to make occasional roundtable appearances on Chelsea Lately, beginning in late 2010. Perfect Couples was removed from the NBC schedule on March 11, 2011, and Kirkman returned to the writing staff of Chelsea Lately in April 2011. In 2011, she began making regular appearances on the second season of After Lately.

In November 2013, Deadline reported that FX had landed a script deal to Jen, a half-hour sitcom executive produced, written by and starring Jen Kirkman. The series is to be set in Boston, Massachusetts, and centers on a recently divorced a woman in her mid-30s. The project is backed by Borderline Amazing Productions, with executive producers Chelsea Handler, Tom Brunelle, and Brad Wollack.

On March 30, 2014, Kirkman appeared on Australian comedy-quiz show Have You Been Paying Attention?. In May 2015 she released a standup feature on Netflix entitled I’m Gonna Die Alone (And I Feel Fine) .

Kirkman’s first book, I Can Barely Take Care of Myself: Tales From a Happy Life Without Kids, was published in hardcover on April 16, 2013, and was listed on the New York Times Non-Fiction Best Seller list. In late 2013, she signed her second book deal with Simon & Schuster, a follow-up to her best-selling debut.[20] She also has several published essays, which have been included in Rejected: Tales of the Failed, Dumped & Canceled and Bad Sex: We Did It So You Don’t Have To.

In 2001, Kirkman founded Girlcomic.net with fellow comedian Becky Donohue. The website featured interviews with comedians such as Joy Behar,Margaret Cho, Sue Murphy, Amy Poehler and Sarah Silverman. On the intention of the website, Kirkman stated, “[that the] one thing about feeling like there are still threads of sexism is women can get discouraged and we wanted [to encourage] girls to write funny stories and we wanted to interview famous female comics to let their stories get out. It was meant to be positive and cool and we included men on the site too.” Regular updates to the website ceased in 2003, and the domain was ultimately closed in 2006.