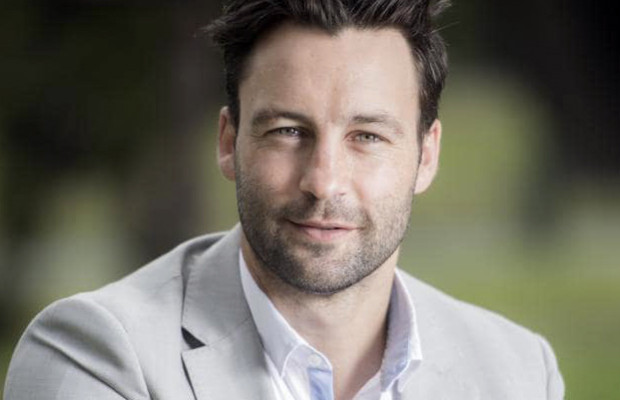 After beginning his junior football in Bell Park, Jimmy Bartel left to attend St. Joseph’s College, where his talent for sports became evident early. Bartel displayed initial promise as a cricketer, representing the ‘Joeys’ in 1st XI cricket as a 16-year-old, and winning the school’s batting awards in both 2000 and 2001. This led to selection in the state under-17 team, before a switch in focus toward football instead saw Bartel selected to play for the Geelong Falcons team in the TAC Cupcompetition. Although his age made him ineligible for the 2000 AFL Draft, Bartel garnered an impressive array of accolades and honours as a bottom-aged player. Bartel won mid-year State honours for Victoria Country in the AFL Under 18 Championships, with his performances in the championship games earning him end-of-year All-Australian honours and the Most Valuable Playeraward for Victoria Country. In addition, he was named in the TAC Cup Team of the Year, won a TAC Cup premiership medallion with the Geelong Falcons, and also claimed the best and fairest award while still only 16 years of age.

Entering his second year with the Falcons, Jimmy Bartel was rewarded with the team captaincy for the season. Bartel again won mid-year state honours for Victoria Country, and was additionally awarded the state captaincy. Although failing to repeat his previous success as national champion with Victoria Country, Bartel’s individual performances saw him earn All-Australian honours and gain selection in the TAC Cup Team of the Year for the second consecutive season.

Jimmy Bartel was drafted by the Geelong Football Club with their first selection, and the eighth overall draft pick, in the 2001 AFL Draft. After making his debut in the opening round of the 2002 AFL premiership season, which was a heavy defeat to Essendon, Bartel went on play in 11 out of a possible 22 senior games over the course of the year. After gathering 21 disposals in Round 4, Bartel was awarded an AFL Rising Star nomination. Having been dropped back to the club’s VFL team to play out the second half of the season, Bartel went on to play a key part in helping a young Geelong reserves side capture the 2002 VFL Premiership. In helping the Cats defeat Port Melbourne by 22 points, Bartel saw the club secure its first major piece of silverware since 1982.

Despite an impressive debut season, Bartel struggled to maintain his spot within the team during the 2003 AFL season, featuring in only 13 senior games. Averaging just 12 disposals a game, Bartel was unable to help the Cats qualify for the finals series for the third successive season. After just two senior appearances to begin the 2004 AFL season, Bartel was again dropped back to the VFL and instructed by coaching staff to work on particular aspects of his game. Despite compiling a series of impressive games in the VFL, Bartel was deliberately made to work hard over a two-month period before earning a Round 10 recall into the senior side. Bartel’s re-introduction to the senior team coincided with Geelong winning ten out of their final twelve games and securing a top four spot ahead of the finals series. Although Geelong were eliminated in the preliminary final by reigning premiers Brisbane, Bartel’s averages of 22 disposals and 5 tackles a game over the course of the season had seen him secure his position within the team’s midfield rotation. His performances during the second half of the season, during which he averaged 29 disposals and 5 tackles a game, also saw him recognised as the highest-polling Geelong player—with 13 votes in total—during the 2004 Brownlow Medal count.

Bartel continued to build on his reputation as a tough, courageous midfielder during the 2005 AFL season, earning his first nomination for the AFLPA Robert Rose Award for Most Courageous Player in the league. Averaging 19.6 disposals a game, Bartel again helped Geelong qualify for the season-ending finals series, where they met Sydney in the semi-finals. After developing a slim lead for much of the game, Geelong struggled to maintain their advantage during the final minutes of the match. Bartel was restricted to just 9 disposals as the Swans eventually won through to the preliminary finals, defeating Geelong by 3 points.

During the 2007 season, Bartel established himself as one of the premier ball-winning midfielders in the competition, averaging over 27 disposals per game—the second highest possession average in the league—and finishing amongst the top 10 within the league for total disposals (632), total handballs (291), total tackles (122), and tackles per game (5.3). After helping the Cats claim the McClelland Trophy, he was again nominated for the AFLPA Robert Rose Award as the game’s most courageous player, and was also rewarded with his first All-Australian jumper.

Bartel’s standout season continued when he was awarded the prestigious Brownlow Medal, winning with 29 votes—the highest amount of votes ever by a Geelong medalist, and the third highest ever by any player under the current polling system—in a season that included eight best on ground performances. Despite missing the final two games of the regular season due to a burst appendix, Bartel also set an AFL record alongside teammate Gary Ablett, Jr., for polling the most combined votes ever by two players of the same club. In addition, the pair combined with teammate Joel Corey to set another AFL record for most votes ever polled by three players of the same club, at 61 votes. He capped off a fine season by winning his first premiership medallion when he helped Geelong claim the 2007 AFL Premiership. Bartel’s 28 disposals, 5 marks, 5 tackles, and 2 goals in the 2007 AFL Grand Final helped the Cats claim an AFL-record 119-point victory over Port Adelaide.

Another outstanding season for Jimmy Bartel in 2008 saw him earn All-Australian honours for the second straight season. Bartel had 20 or more possessions in the 24 of 25 games that he played which included 3 finals, Bartel also had his best career game for possessions during the season, in round 14 when he picked up 41 possessions against Adelaide Bartel would finish the season 2nd in disposals with 702, also finishing 2nd in kicks with 382. Geelong would have another dominant season finishing 1st on the ladder four wins ahead of 2nd they would once again make the Grand Final, but would fall short losing to Hawthorn by 26 points. Bartel also took part in the special one-off event that pitted the interstate stars of the league against the Victoria stars of the league it was Victoria vs. Dream Team the AFL created the one-off event to celebrate the 150th anniversary of Australian rules football. Bartel picked up 19 possessions as the Victoria team won by 17 points.

Jimmy Bartel played his 150th game in 2009, round 18 against Adelaide this game also marked his 100th win as a player, Bartel also equaled his career high for disposals when he had 41 possessions against Melbourne in round 6. In Round 17 Geelong was facing Hawthorn, and the game was tied 98-98 Bartel would take a mark just as the siren sounded, he would go on to kick a point resulting in Geelong winning by 1 point 99-98. Geelong would finish the season 2nd on the ladder two wins behind 1st. Bartel was outstanding in the Preliminary final against Collingwood, he picked up 32 possessions and helped Geelong defeat Collingwood to make their 3rd straight Grand Final. Bartel would have spectacular defensive game in the Grand Final with 16 tackles which are equal highest in AFL history and a Grand Final record. Geelong would go on to win the Grand Final by 12 points this being Bartel’s second premiership. Bartel had another strong season

in 2010 picking up 630 possessions at the end of the season for the fourth year straight and laying 110 tackles for the fourth consecutive year. Once again Geelong would finish 2nd on the ladder one win behind Collingwood. Bartel averaged 32 possessions during the three finals that Geelong played. Geelong was eliminated in the preliminary final when they lost by 41 points to Collingwood.

In 2011 Jimmy Bartel played his 200th game in round 21 against Adelaide, also kicked a career-high 26 goals in the season from only 32 shots and once again had over 500 possessions in the season. Geelong would once again finish 2nd, one win behind Collingwood. Geelong would make the Grand Final and beat Collingwood by 38 points. Bartel had a spectacular performance picking up 26 possessions and kicking three goals; this resulted in Bartel being the best player on the ground and winning the Norm Smith Medal award and also his Third Premiership.

Bartel played most of the 2012 AFL Season with a stress fracture in his foot, despite this, he still had 20+ possessions in most of those games, which helped him produce his eighth straight 400+ possession season. Geelong finished 6th on the ladder which resulted in them playing an elimination final against 7th Fremantle despite 26 possessions from Jimmy Bartel Geelong would lose by 16 points.

In 2013 Jimmy Bartel would put together another solid season even though he moved from his usual Forward/Midfield role into the backline, specifically across half back. Bartel would gather 558 possessions for the season, the fifth time he has had over 550 in a season; his best possession game was in a win over the Brisbane Lions in round 23 when he had 35 possessions. Geelong would finish 2nd on the ladder one win behind Hawthorn. Bartel played all 24 games of the season including three finals; Geelong would be eliminated in preliminary final losing to Hawthorn by 5 points, and Bartel Became Geelong’s finals games record holder, having now played in 24 finals matches.

Jimmy Bartel started the 2014 AFL Season by playing his 250th game in round 1 with a win over Adelaide Bartel would have 21 possessions and a career-best four goals in the game. Bartel would continue his goal kicking throughout the season as he kicked a goal in 18 of the 23 games he played in, resulting in a career-best 27 goals for the season and also being Geelong’s 2nd leading goal kicker for the season. Geelong would finish 3rd on the ladder on the same wins and losses as 2nd and 1st but were behind in percentage. Bartel would play in both finals as Geelong were eliminated in the semifinals losing by 6 points to North Melbourne.

Jimmy Bartel would only play 11 out of 23 games in the 2015 AFL Season, due to an injury sustained in round 3 against Gold Coast. Bartel went off in the 1st quarter and was later revealed to have a torn medial ligament in his left knee; Bartel was sidelined for three months this is the first time in Bartel’s career that he had been sidelined by a serious injury. Bartel returned in round 15 having a career best game picking up 41 possessions in a heavy defeat to North Melbourne. Bartel would go on to play the final eight games of the season. Due to the Injury Bartel’s tackle count and disposal count was at an all-time low at the end of the season with only 43 tackles and 259 disposals. Geelong finished 10th and missed the finals.

In the off season Geelong began revamping their team as many of their veterans were over 30 and a new wave of younger talent was coming in, Bartel at the time being 31 years old, the six men out of contract were Corey Enright, Andrew Mackie, Jimmy Bartel, Steve Johnson, Matthew Stokesand James Kelly. Five of these men played in Geelong’s four grand final appearances including the three premiership victories, Stokes being only who didn’t play in all four, as he missed the 2009 Grand Final. Geelong decided to delist Steve Johnson, James Kelly, and Matthew Stokes while resigning Corey Enright, Andrew Mackie and Jimmy Bartel all to 1-year contract extensions.

In round 19 2016, Jimmy Bartel played his 300th game picking up 25 possessions and kicking one goal in a 25 point win over the Western Bulldogs. At the conclusion of the season he announced his retirement from the AFL.