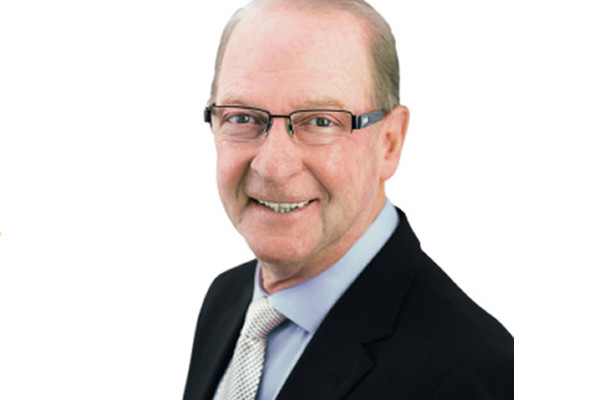 John Blackman grew up in the Victorian suburb of Mount Waverley, where he attended Syndal Primary School until 1959 and completed year 10 at Syndal Technical School in 1963. He was an avid supporter of the Fitzroy Football Club, now the Brisbane Lions. On leaving school (and home) at 16, he worked in a succession of occupations: customs clerk, cash van salesman for a cigarette distributor, sales representative for a perfume company, and spruiker in the Myer Bargain Basement. At the age of 22, he decided on a career in radio.

John Blackman has worked in radio since 1969 but is probably best known for his 28-year stint as announcer and character voice-over for the Nine Network’s Hey Hey It’s Saturday, Australia’s longest running variety show. One of his best known characters was a head on a stick known as “Dickie Knee”.

In 1969, he joined 2GN Goulburn as an announcer, newsreader, copy writer, salesman, and record librarian.

In 1970, John Blackman joined 2CA Canberra where he worked in a variety of on-air shifts for 18 months until mid-1971, when he joined 3AW in Melbourne. As evening announcer, Blackman worked with the Reverend Alex Kenworthy for a number of years on “Nightline”.

In 1974, John Blackman joined 3AK where he hosted the morning show until 1975, when he moved to Sydney to join 2UE as a “floating” announcer for just three months. At TCN-9 in Sydney, he was a staff continuity announcer and daytime newsreader for National Nine News alongside his work on Hey Hey It’s Saturday, which he would do “down the line” to GTV-9 in Melbourne every Saturday from an announcing booth at TCN-9.

John Blackman returned to 3AK Melbourne in 1979 to host the breakfast show until 1981. Later that year, he joined 3AW to host their breakfast show with Paul Barber. After Barber parted company with 3AW not long afterwards, Blackman was joined by former ATV-0 newsreader and staff announcer, Bruce Mansfield. This collaboration became one of the most successful combinations in Australian radio history, with 3AW breakfast topping the ratings for 5 consecutive years until 1986.

After leaving 3AW in controversial circumstances on 30 April 1986, John Blackman became part of the short-lived, ill-fated CBC Network (2UE/3AK) experiment and, in December of that year, his contract was not renewed.

From 1987 to 1990, he co-hosted a breakfast show on 3UZ (now RSN Racing & Sport) with Coodabeen Champions member Ian Cover and later, Wilbur Wilde.

In 1997, after a 7-year hiatus from radio John Blackman was employed as the co-host of the 3AK breakfast show with Anna “Pinky” Pinkus and Denis Donoghue (Lawyers, Guns & Money) until 2000.

In 2004, John Blackman joined Triple M Adelaide and was co-host of The John Blackman & Jane Reilly Breakfast Show until December 2007.

Other television shows Blackman has appeared on and announced for include Blankety Blanks, Personality Squares, The Paul Hogan Show, The Daryl Somers Tonight Show, Holiday Island, Family Feud and many others. Blackman was interviewed on ABC’s Talking Heads in 2006.

In 2009 Blackman returned as part of the Hey Hey It’s Saturday reunion specials to revive his voice-over role. Despite respectable ratings, the show’s contract was not renewed for 2011.

From April 2015 to May 2016, he was employed at MAGIC 1278 in Melbourne and MAGIC 882 in Brisbane as their Breakfast Announcer between 6.00am and 10.00am, initially as co-host with Jane Holmes who resigned in April 2015 for personal reasons. Blackman continued in a solo role until May 2016, when he was unceremoniously dumped by Macquarie Media Ltd.

According to MML COO, Adam Lang, “He’s a very respected and highly regarded broadcaster but his style of broadcasting, while excellent, wasn’t working on the MAGIC format.”

Significantly, in the third radio survey for 2016, (released a few days later) Blackman actually increased his Melbourne audience from 1.5% to 2.2% and his cumulative audience to 19,000 listeners (2,000 more than the station average).

Blackman is a corporate host and compere for a variety of business award nights, conferences and social occasions. He also regularly voices radio and television advertisements.

John Blackman has been married twice. He married his second wife Cecile on 2 December 1972 and they have an adult daughter, Tiffany.

On Christmas Eve 2007, Blackman suffered a seizure brought on by a golf ball size (benign) meningioma brain tumour. After six hours of surgery, it was successfully removed at the Alfred Hospital in Melbourne and he had a full recovery.

John Blackman is a member of the Patrons Council of the Epilepsy Foundation of Victoria. and an active Australia Day (Victoria) ambassador. He is also a past committee member and past vice-chairman of Variety – the Children’s Charity, currently an honorary member.