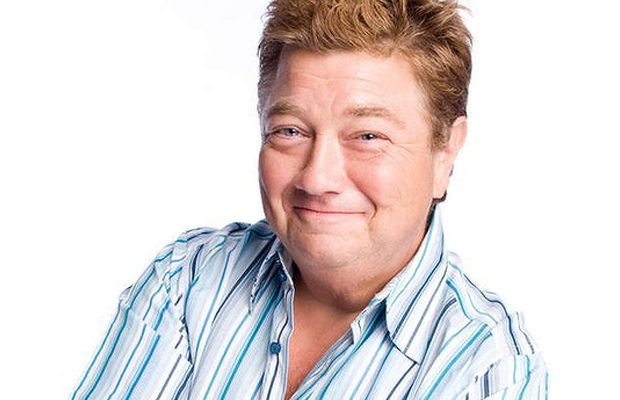 Jonathan Coleman’s broadcasting career started in the late 1970s in Australia when he was chosen a member of the reporting team for the popular afternoon children’s TV magazine show Simon Townsend’s Wonder World, created and hosted by journalist Simon Townsend.

This was followed by several years as a DJ and presenter on the ABC’s youth radio network Triple J, including a stint as co-host (with Ian Rogerson) on the popular Sunday afternoon comedy program Off The Record, a program that featured the talents of comedy group The J-Team, which included comedians Lance Curtis, Adam Bowen and Angela Webber.

In 1984 Jono and Dano moved to triple m where they took the show to the number 1 position.

In 1988 Jonathan Coleman and Ian ‘Dano’ Rogerson began hosting a new music television programme on The Seven Network. Saturday Morning Live was broadcast from Sydney, nationally from 9 am to 12:30 pm every Saturday morning. The programme was a mixture of music videos, live performances, interviews with musicians and performers, location items and comedy performances (usually in character by Jono & Dano). The show was immediately popular and soon became the most watched music programme on Australian television.

For the second season of Saturday Morning Live in 1989 the producers decided to expand on the comedy aspect and introduced a cast of comedic performers to work alongside Coleman and Rogerson. The new format was not successful and in mid-1989 the comedy component was dropped and the emphasis on music (in particular live performances) was re-established. To appeal to a younger demographic two young actors from the Seven Network teen drama Home & Away were recruited onto the show. Emily Symons and Mat Stevenson co-hosted the new Saturday Morning Live as well as presenting occasional location reports.

Just as the programme was re-establishing its audience and the ratings were improving the Seven Network suddenly axed Saturday Morning Live in December 1989. This would be the last time Jono & Dano worked together as a double act on television.

Jonathan Coleman also appeared in the British television programmes, BBC’s Food and Drink, Noel’s House Party on ITV, BSkyB’s Swing Shift, Hit the Road on BBC,Celebrity Fit Club, Celebrities Under Pressure, I’m Famous and Frightened! and Have I Been Here Before?, and he provides the voice of the narrator for the children’s show The Koala Brothers.

In 1996, Jonathan Coleman appeared in an episode of the ITV sitcom Is It Legal? as a DJ on the fictional station Hounslow FM.

Jonathan Coleman’s UK radio career began at BBC GLR in 1990, before moving to Virgin Radio in May 1993, presenting the Sunday – Thursday evening show from 7–10pm. In July 1993, he co-presented the breakfast show alongside Russ Williams, where he remained until October 1997, moving to the drive time show uponChris Evans’ arrival at the station.

Coleman was fired from Virgin Radio in early 1998 and moved to London’s Heart 106.2, presenting the breakfast show. He co-hosted the show with Harriet Scott from mid-2002.

In early 2005, despite his breakfast show contributing to Heart 106.2 becoming the most listened to commercial radio station in London, he was axed, moving to sister station LBC 97.3, where for a short time he took over the weekend mid-morning show from 10 am – 1 pm.

On 25 July 2005 Coleman took over the 3–5pm Afternoon show on BBC London 94.9 and from 17 October 2005, he took over the breakfast show from Danny Baker, co-presenting with JoAnne Good. In late 2006, he had left BBC London and the UK to be near his 81-year-old mother Sylvia, in Sydney, Australia.

Since returning to Australia, Coleman hosted the drive time radio slot 4–7pm across Australia on the “Classic Hits’ network (part of Australian Radio Network) and regional stations from 2007 to 2011. The show was initially known as The Jonathan Coleman Experience”, a show he hosted with “RockWiz” presenter,Julia Zemiro. Then in 2009, he reunited with Rogerson and presented “The Jono & Dano Show” taking the show to the number 2 drive time slot on FM radio in Sydney and Melbourne.

Coleman also became a regular reporter for Channel Seven’s morning news program Sunrise, for which he had previously appeared presenting entertainment news from London. His regular segment was reviewing movies. He has also presented entertainment news for Mornings with Kerri-Anne on the Nine Network.

Coleman has also provided many voice-overs and narrations for many products both in Australia and internationally for companies such as Tooheys, Foster’s,Qantas, the Australian Tourist Commission, and BBC TV, as well as in-flight programs for Qantas, Air New Zealand and Britannia.

In 2007, he filmed a cameo for long-running Australian soap opera Neighbours, which he was one of the witnesses at Karl and Susan Kennedy’s wedding.

Coleman is currently presenting advertorials on Morning TV program Studio 10 He is also the voiceover for the program.