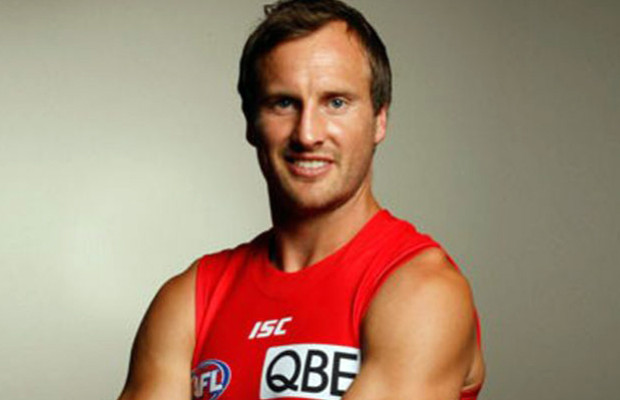 Jude Bolton played his first senior game for Sydney against Carlton in round 12 of the 1999 season and received a Rising Star Award nomination the following year. By 2001, he was a regular member of the team and went on to represent Australia in the International Rules series in 2004.

Jude Bolton was noted for his never ending determination to attack and go after the ball; Bolton often accumulated large numbers of tackles. In 2005, the season in which the Swans won their first premiership in 72 years using a tough man-on-man style of play, Bolton made 122 tackles, the 2nd highest for the club and 3rd overall in the AFL.

After a couple of years of arguably sub-par form and being floated as trade bait, Bolton stepped back up in 2009 and 2010 to play his best football. His contested ball winning, tackling and hardness at the contest were all areas in which he led the way for the Swans.

None of his performances were more impressive than his game against Essendon at the SCG in 2010, in which he picked up 36 disposals, 26 of which were contested, laid 12 tackles, won 5 free kicks, won 12 clearances and sent the ball inside forward 5 times. He also provided the handball to Adam Goodes for the match sealing goal.

Jude Bolton started 2011 in outstanding fashion, showing that he was not yet ready to consider retiring. While his 2nd half of the year was slowed due to a knee injury, Bolton still managed to contribute most weeks to the side’s performance and as such was rewarded with a further one-year extension, ending after the 2012 season.

On Saturday, 9 April 2011, Bolton laid an AFL-record 19 tackles in a match, playing an integral role in victory over the West Coast Eagles. In the Second Semi-final, he set the new record for the most tackles lain in a VFL/AFL career, surpassing former captain Brett Kirk’s tally of 1278 career tackles. His final career total was 1490 tackles, which was the record until surpassed by Lenny Hayes late in 2014.

On 26 August 2013, Jude Bolton announced he would retire at the conclusion of the 2013 season. He played his last game in Sydney’s preliminary final loss to Fremantle on 21 September and scored his final goal for the Swans.

He is currently seen as a boundary rider for the Seven Network’s coverage of AFL matches.

Jude Bolton appeared as a contestant on the fifteenth season of Dancing with the Stars paired with professional dancer Dianne Buswell. Jude’s wife, Lynette, competed against Jude. On 16 August 2015, Jude and Dianne were eliminated, coming in seventh place. Jude was eliminated one week after Lynette.