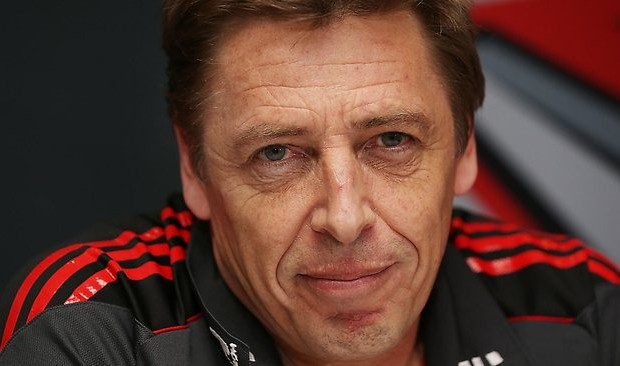 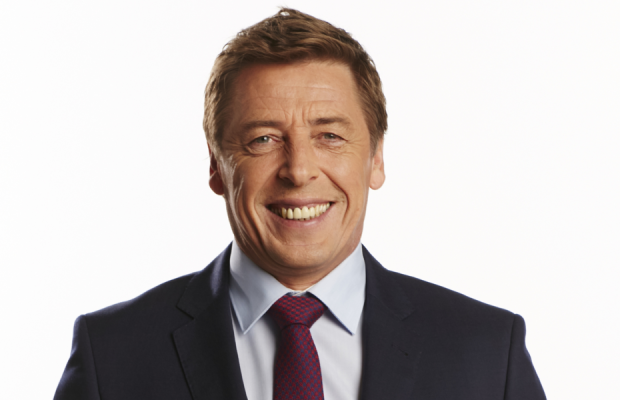 As Geelong coach, Mark Thompson was given an extended time to rebuild the club’s playing list. The side finished 5th in 2000 as his first season as coach but was bundled out by 8th placed Hawthorn in the first week of the finals in the first finals match ever held at the Docklands Stadium. The club performed poorly for the next three seasons, missing the top 8. Thompson’s position looked in danger, but in 2004 the side was a big improver, finishing fourth and making the Preliminary Finals. Due to his success in reinvigorating the club, Thompson’s contract was extended until 2007. The following year (2005) the club finished sixth and was beaten in the Semi Finals by 3 points against the eventual premiers Sydney after leading for the majority of the match.

In 2006, however, the side eventually missed the finals after winning the NAB Cup and winning their first two matches in convincing style, leading them into flag favouritism. It was also a season where Mark Thompson had used the 2005 semi-final loss to the Swans as motivation. Following a Round 22 61 point demolition at the hands of lower-placed Hawthorn, Thompson’s job was under immense pressure.

After a very public review of the club it was decided that Mark Thompson should keep his job as coach. After a shaky start to the 2007 season that led many supporters to believe that nothing had changed from the 2006 season Thompson led his team to a massive 15 match winning streak (the biggest in a single season in club history) and a 106 win against the Kangaroos in the Qualifying Final which is the 5th biggest finals winning margin in AFL/VFL history.

2007 then culminated in one of the biggest, if not the best highlight of Thompson’s career, in both a coaching and footballer’s role. Thompson coached Geelong to win the AFL premiership by more than 100 points – the highest winning margin in Grand Final history, against Port Adelaide Football Club at the MCG on 29 September. It was the club’s first premiership since 1963, the year of Thompson’s birth.

After the Essendon Football Club decided not to give Thompson’s former mentor, Kevin Sheedy, a renewal of contract, there was speculation that Mark Thompson would take up the senior coaching role at Essendon for the 2008 season. However, with trade week quickly approaching, the club instead appointed Matthew Knights to the position.

After their record breaking win in the grand final, Thompson’s Cats were red hot favourite to repeat their 2007 success and their form during the year did nothing to change that. The Cats went 21–1 to claim the McClelland Trophy four games ahead of their nearest challenger, Hawthorn. After relatively easy wins against St Kilda and the Western Bulldogs in the finals, Geelong were into their second straight grand final, this time against Hawthorn, and were again hot favourites. In an upset, though, the Hawks beat Geelong by 26 points in front of 100,012 fans.

During an end-of-season holiday to New York that year, Mark Thompson ran into Melbourne Storm coach Craig Bellamy whilst inside a hotel. They were said to have drowned their sorrows following their respective Grand Final losses (Bellamy’s Melbourne Storm lost the 2008 NRL Grand Final to Manly).

In 2009 following a heartbreaking loss to Hawthorn in the 2008 Premiership decider, Geelong compiled an 18–4 record during the minor round and disposed of the Western Bulldogs and then Collingwood during the finals series. On 26 September, his Cats faced a St Kilda side determined to break its 43 year Premiership drought. In front of 99,251 fans on a rain-soaked MCG deck the Cats clawed their way back after trailing at every break to win by 12 points. This would be Geelong’s second flag in three years cementing their place as one of the great teams of the modern era. Thompson as always was magnanimous in victory and accepted the AFL Premiership trophy alongside Geelong legend Bob Davis.

After Geelong were eliminated from the preliminary finals to Collingwood, at the conclusion of the 2010 season, on 4 October 2010, Thompson announced his retirement and resignation as Geelong coach effective immediately, his reason being that he was “tired of coaching” after a decade at the helm.

On 10 November 2010, Mark Thompson signed a lucrative contract to be the senior assistant coach of Essendon, putting an end to weeks of speculation following his resignation from Geelong. According to football writer and commentator Caroline Wilson’s sources his contract was said to be worth $650,000 per year. He was appointed the senior coach for the 2014 season while James Hird served his suspension, and left the club after Hird returned as senior coach at the end of that year.