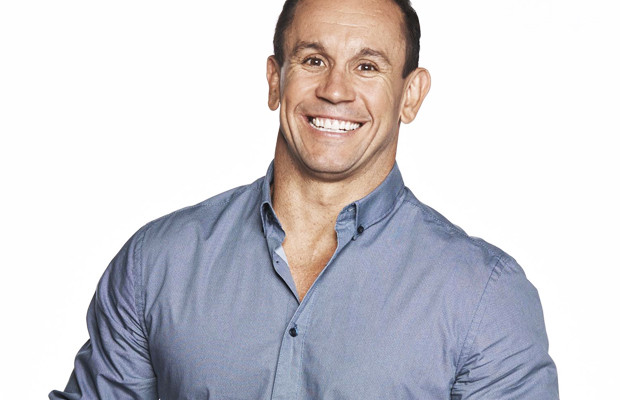 Matthew Johns is the eldest son of coal miner and country rugby league player Gary Johns and his wife Gayle. After playing junior rugby league in Cessnock, he joined the Newcastle Knights in 1991.

Matthew Johns played as five-eighth for the Knights, playing outside his younger brother Andrew Johns at halfback for nine seasons. Johns was part of the Australian squad that won the 1995 Rugby League World Cup, and went on to play eight matches for his country. He also played four State of Origin series matches for New South Wales. Another highlight of his career with the Knights was the 1997 Australian Rugby League grand final victory over the Manly-Warringah Sea Eagles. Johns was selected for the Australian team to compete in the end of season 1999 Rugby League Tri-Nations tournament. In the final against New Zealand he played at five-eighth and scored a try in the Kangaroos’ 22-20 victory.

Salary cap problems led to Johns leaving the Knights at the end of 2000 to play a season with the UK based Super League club the Wigan Warriors. He considered playing for Wales at the 2000 Rugby League World Cup due to his Welsh heritage. Johns played for the Wigan Warriors at five-eighth in their 2001 Super League Grand Final loss to the Bradford Bulls.

Matthew Johns returned to the National Rugby League in 2002 to play a season with the Cronulla-Sutherland Sharks, before shoulder and neck injuries forced his retirement at the end of the season.

Johns’ first foray into entertainment began in 1999 when he adopted the persona of Reg Reagan in a low-budget film, In Search of the Holy Grail, which appeared at the Newcastle Film Festival. The film also starred fellow Knights players Andrew Johns, Matthew Gidley and Robbie O’Davis. The Nine Network showed excerpts of the film on The Footy Show.

The Reg Reagan character was developed further in an article in the Sydney Morning Herald in 2000 where Johns described the character as a late 1970s Australian (or ocker) who smoked only Winfield Reds and drank KB beer. Fans of Johns’ new side Cronulla started wearing copies of the T-shirt worn by Reagan, with the slogan “Bring Back the Biff”, to games.

Johns’ appeared in Footy Legends where he appeared as himself. The film was directed by Khoa Do, and released on 3 August 2006. In 2007 The Final Winter presented Johns in his first feature film acting role where he starred as ‘Jack’, the 1980s coach of the Newtown Jets.

In 2002, Matthew Johns became a regular on The Footy Show with Reagan and a new character, Trent, a gay flight attendant from San Francisco. After his retirement as a player, Johns signed deals with the Nine Network and Sony Music Entertainment. He appeared on The Footy Show and as a commentator on Nine’s broadcasts of rugby league matches. He has recorded a DVD titled “All of Me”, released in June 2004, featuring skits by Reg Reagan and Trent the flight attendant. Since then he has released a follow up entitled “Blood, Sweat and Beers” and also features on The Footy Show’s ‘Best Of’ DVD collection from 1994-2002.

In 2004, as Reg Reagan, Johns recorded a song called “Am I Ever Gonna See the Biff Again?” sung to the tune of The Angels’ 1977 hit “Am I Ever Gonna See Your Face Again?”. The song is a humorous lamentation of the decline of onfield violence in professional rugby league.

Matthew Johns was indefinitely stood down from his position on the Nine Network in May 2009 after the airing of the Four Corners program. He was subsequently replaced by Phil Gould. He was asked by Channel 9 to make a comeback to commentary later in the season but Johns declined.

Towards the end of 2009, Johns turned down a $600,000-a-year contract with Channel 9 in favour of starting up his own production company alongside John Singleton.

In 2010, Johns signed with rival network Channel Seven and launched a new family-friendly, NRL/entertainment show on 25 March at 7:30pm in NSW and Queensland. After one season, the show was discontinued.

In 2012, Johns joined Fox Sports (Australia) as part of their rugby league coverage. He is the host of his own show “Monday Night with Matty Johns”.

In 2004, Matthew Johns released Reg Reagan’s ‘This Is My Life’ through Pan Macmillan.

In July 2009 it was reported that Johns was under consideration as a member of the breakfast radio team on Triple M.