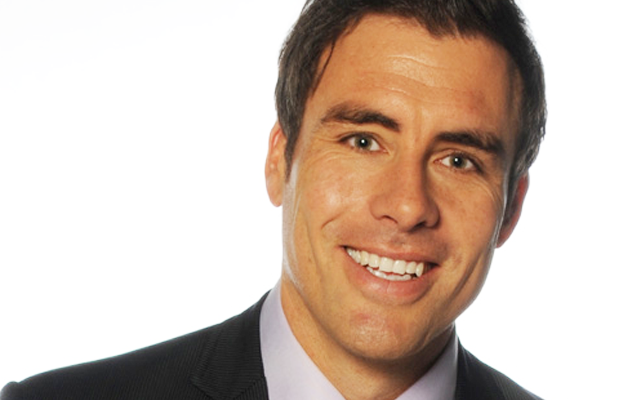 Educated at St. Brendan-Shaw and Don Colleges in Devonport, Tasmania, Matthew Richardson was the fourth pick (a father-son selection) in the 1992 AFL Draft, and was recruited from Devonport,Tasmania. He is the son of former Richmond and South Melbourne player Alan “Bull” Richardson.

Combining a 197 centimetre frame with speed and athletic capacity for a large man, on his day he has been a dominant presence for the Tigers. Matthew Richardson suffered a torn left ACL in Round 9, 1995 against Sydney at the SCG after he hyper-extended his left knee while landing as he was running out of bounds and crashed hard into the fence and missed the rest of the season after reconstructive surgery on his knee, including the Tigers’ finals series – the Sydney Cricket Ground was forced to increased the distance between the boundary line and the fence (which at the time was as short as 2.5m in places) in response to the injury. In 1996 he came back strongly, playing all 22 games and finished with 91 goals (49 behinds), earning All Australian selection for the first time. He sustained another knee injury in the pre-season of 2001, but recovered to play 22 games and kick 59 goals.

In 2004, a decision to step down from the Tigers’ leadership group (the small group of senior players who help lead the club on and off-field) and focus on additional strength training paid off, with good goal-kicking form in the early part of the season including a career best 10 against the Western Bulldogs. Matthew Richardson finished with a tally of 65 goals for the season. In 2005 he kicked 65 goals again, this time with much more consistency throughout the season.

In 2007, in a match against the Essendon Football Club, Richardson played the game with a fractured eye socket and broken nose sustained only a week before. He still managed to kick four goals. In the same year, he won his first ever club best-and-fairest, beating young team-mate Nathan Foleyby a single vote.

Matthew Richardson spent a large part of the 2008 season playing on the wing, rather than in the forward line, which allowed him to have a much larger part in the play than previously. Although he did not win the club best-and-fairest, he was selected on the bench in the All-Australian team and finished third in the Brownlow Medal.

In Round 6, 2009 against Sydney at the SCG, Richardson kicked his 800th career goal, becoming the eleventh player to reach the milestone in VFL/AFL history. Later in the same match, he partially tore his hamstring off the bone; he missed the remainder of the season with the injury, and announced his retirement after the season. He received a rousing send-off in Round 1, 2010, appearing before the match in Richmond’s season opener against Carlton.

Matthew Richardson retired in 2009 after 282 senior games for Richmond; he became an AFL life member after playing more than 300 games including representative and pre-season matches. His career tally of 800 goals was the eleventh-highest at the time of his retirement, and remains eleventh-highest as at the end of the 2012 season. Richardson took a total of 2,270 marks during his AFL career, which was the second-highest of any player at the time of his retirement (since the statistic was recorded, starting in 1974).

As from 2010 Matthew Richardson became part of the Seven Network AFL telecast team,[7] initially as a boundary rider and then as a member of the Friday and Saturday night commentary teams, providing expert comments. He also appears on the Thursday night edition of Seven News Melbourne, to preview the weekend’s AFL action, and as a panellist on Channel 7’s AFL Game Day.

Matthew Richardson can also be seen on the Richmond Football Club website hosting some of their ‘Talking Tigers’ weekly podcast shows.