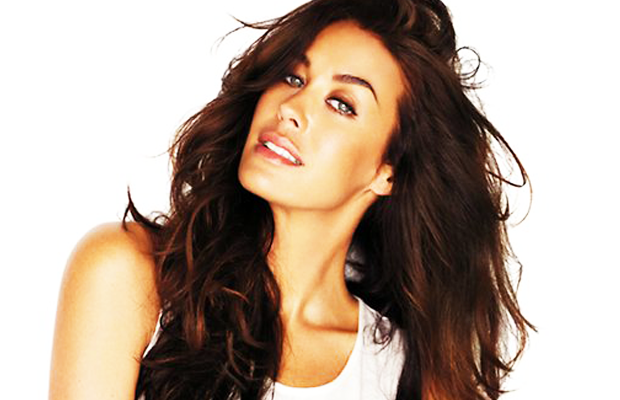 Megan Gale won a modelling competition in Perth at 18, After several years of modelling, Gale rose to fame when in 1999 was cast to appear in a series of advertisements for an Italian telecommunication company, Omnitel (nowVodafone Italy); she appeared in the company’s advertising until 2006. She was also retained by the Australian Tourist Commission in 2003 as ‘their face of Australia in Italy’. Gale has twice appeared on the cover of Australian Marie Claire, covered Italian and Australian GQ, and featured in editorials for Australian InStyle.

Megan Gale has modeled for Italian fashion houses including Gianfranco Ferré, Genny, Gai Mattiolo and runway work for Angelo Marani. Gale also favours many Australian designers, such as Colette Dinnigan, Kirrily Johnston, Lisa Ho, Willow and Alex Perry. In 2006, she was the fashion commentator for the Australian television awards, the Logies.

In January 2008, Megan Gale announced her retirement from catwalk modelling after 15 years and strutted down the catwalk for the last time just weeks later at a David Jones winter collection launch in Sydney. Her final outfit was the Wonder Woman outfit she was to wear in the still-shelved film Justice League of America. In March 2011, Gale returned to the runway and closed Alex Perry’s 2011 Melbourne Fashion Festival show.

August 2011 marked Megan Gale’s 10th anniversary with department store David Jones, the longest held fashion contract in Australia. That same month, Gale was officially announced as an ambassador for L’Oréal Paris, joining the likes of Beyoncé, Jennifer Lopez and Gwen Stefani as a member of L’Oreal Paris’ exclusive “Dream Team”. Gale signed on as the face of the iconic global beauty brand for Australia and New Zealand and her first campaign for Elvive Total Repair 5 shampoo was launched nationally, however the slick commercial soon caught the interest of Italy, where it also eventually aired.

Megan Gale has also tried her hand at acting and appeared in the Italian movies Vacanze di Natale, Bodyguards – Guardie del corpo (as herself in both movies), and Stregata Dalla Luna (as Vivianna). She also had a cameo part in the 2005 movie Stealth where she played a cameo role as Dr. Orbit’s secretary. In January 2008, it was announced that she had been offered the part of Wonder Woman in the upcoming George Miller movie version of Justice League of America, before the project was put on hold and eventually cancelled. In August 2009, Gale completed filming a role in her first Australian feature film, the romantic comedy I Love You Too. Gale played Italian supermodel Francesca Moretti – a role for which she was able to use her previous modelling experience. Gale appeared in the post-apocalyptic action film, Mad Max: Fury Road (2015), directed by George Miller.

In 2010, Megan Gale launched a swimwear label, Isola. The line is carried at department stores including David Jones. Gale spoke of the label, ‘Ultimately, I wanted to create a chic, sophisticated, fashion forward swimwear range geared mainly towards women in their 30s and 40s that still has a sexiness about it’.

In 2005, Megan Gale became a guest reporter for Nine Network travel show Getaway from October 2005 to June 2006. She also worked with Mike Munro as co-host of the nine-episode Australian documentary TV show What a Year, which first aired on the Nine Network on 2 October 2006. Gale also appeared briefly on Australia’s Next Top Model, Cycle 4 in episode 4. Also on the cycle 6(2010), in the episode she launched her newly brand Isola in its first fashion show, in which the girls of that cycle were featured.

In early 2011 Megan Gale became the new host of Project Runway Australia where she would also serve as judge and executive producer of the design-based reality show. The new season premiered on 4 July 2011 on Arena TV.