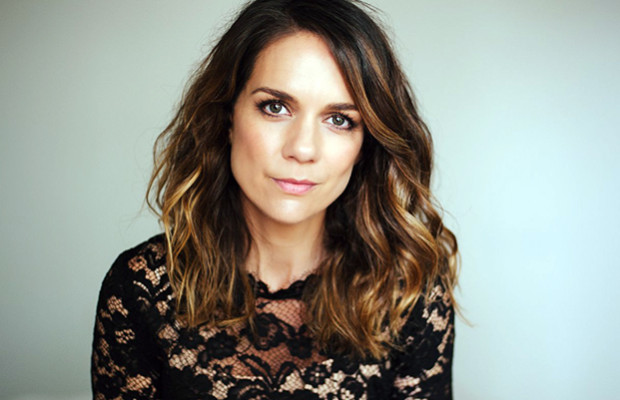 Michala Banas debut film performance was when she was five years old, in the New Zealand film Dangerous Orphans. Her Australian debut television performance was as Louisa in the miniseries Mirror, Mirror in 1995.

From 2001, Banas played Marissa Taylor in Always Greener and in 2002, she had a small role in the film adaptation Scooby-Doo.

BMichala Banasnas is an accomplished singer, and in 2003 released a single, “Kissin’ The Wind”, which made the top 30 on the Australian Recording Industry Association singles chart.

In 2004, Banas joined the cast of McLeod’s Daughters as the character Kate Manfredi, the best friend of Jodi Fountain McLeod. She played Kate from episodes 88 to 170, when she took a short break to later return in episode 177. It was announced in 2007 that she would leave McLeod’s Daughters in its final season. Banas’ last episode was aired in early December 2008.

From 11 November 2008, Michala Banas appeared in the role of Libby Kennedy on the Australian soap opera Neighbours for a five-week period after Kym Valentine was forced to take a temporary break due to illness.

In 2009, Banas filled in for Fox FM’s Jo Stanley on The Matt and Jo Show while Stanley was on maternity leave. That same year saw her star in the Australian national tour of the Broadway musical, Avenue Q, playing the roles of “Kate Monster” and “Lucy the Slut”. Banas was one of three celebrity faces for Proactiv Solution in Australia and New Zealand.

Michala Banas had a guest role as Tiffany Turner on the drama series Winners & Losers, and a supporting role on ABC3 teen drama Nowhere Boys as Phoebe. In 2013, Banas starred in the ABC comedy series Upper Middle Bogan as Amber Wheeler. The series has run for three seasons.