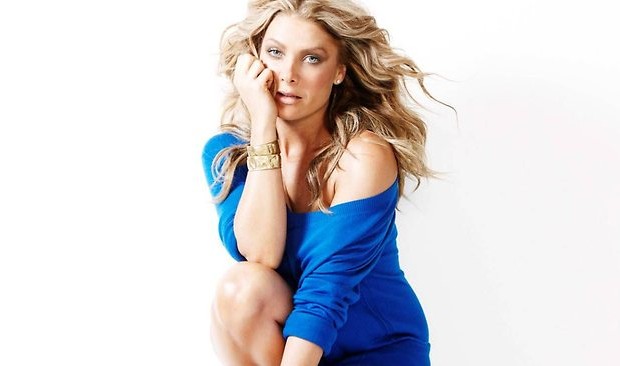 Natalie Bassingthwaighte had considered a music career for some years and had been a member of an R&B group, but it did not work out and her interest focused on other options.[2] By 2004 she began working on her own demos: songs with an acoustic-rock sound and, late that year, she was recruited as the lead singer for Australian electro-pop band, Rogue Traders. Rogue Traders had formed in 2002 with James Ash on keyboards and Steve Davis on guitars, the group had used a variety of guest vocalists and issued a debut album before seeking a permanent singer. After being presented with the band’s music, Bassingthwaighte auditioned for Ash and Davis. The pair had auditioned 15 to 20 candidates, and after she performed their song “Voodoo Child”, she became the band’s front woman.[2]

In May 2005, the band released “Voodoo Child” as their fifth single—the first with Bassingwaighte—which reached number four on the ARIA Singles Chart and was certified platinum for shipments of 70,000 units in Australia.[8][9] “Voodoo Child” also reached number seven on the New Zealand Singles Chart,[10] number three on the UK Singles Chart[11] and number fifteen on the Irish Singles Chart.[12] The single won the award for “Best Dance Video” at the 2006 MTV Australia Awards.[2] The follow-up singles “Way to Go!” and “Watching You” also reached the ARIA top ten and both were certified gold for shipment of 35,000 units.[8][9][13] In October 2005, Bassingthwaighte performed the Australian national anthem at the 2005 NRL Grand Final. Also that month Rogue Traders issued their second studio album, Here Come the Drums, which reached number two on the ARIA Albums Chart and spent a total of seventy-four weeks in the Top 50.[8] It was certified 4× platinum and became their most successful album.[14] The album received four nominations at the ARIA Music Awards of 2006 for “Breakthrough Artist – Album”, “Best Pop Release”, “Highest Selling Album” and “Best Group”.[15]

While Natalie Bassingthwaighte was still a member of Rogue Traders, she also made solo appearances and releases. In December 2006 she performed a duet with label mate Shannon Noll on their cover version of Peter Gabriel and Kate Bush’s “Don’t Give Up”, for the various artists’ album Home: Songs of Hope & Journey. Noll and Bassingthwaighte’s version reached number two on the ARIA Singles Chart.[16] She recorded “O Holy Night” for the album The Spirit of Christmas 2006, a Christmas compilation album for which all proceeds go to The Salvation Army in Australia. In 2007 Bassingthwaighte and Noll teamed up again for “Please Come Home for Christmas” on the album, The Spirit of Christmas 2007.

In October 2007 Rogue Traders released their third album, Better in the Dark, which spawned the hit singles “Don’t You Wanna Feel” and “I Never Liked You” – both were certified gold, and “What You’re On”. The album debuted on the ARIA Albums Chart at number four and gained a platinum accreditation. For this album, Bassingthwaighte is credited as a co-composer for five of its twelve tracks, including all three singles. She worked with Ash and his wife Melinda Appleby on some tracks, “we’d sit in a room and throw ideas around … It was interesting that all three of us instinctively knew when we had a great idea”. At the APRA Awards of 2009, “Don’t You Wanna Feel” was nominated as Dance Work of the Year. In June 2008, Natalie Bassingthwaighte left the group to pursue her solo career. She had signed a recording contract with Sony Music Australia in 2006 to embark on a solo career. In November 2009, Rogue Traders recruited Mindi Jackson as her replacement.

In June 2008, Natalie Bassingthwaighte began working on her debut solo album, 1000 Stars. In October 2008, the album’s lead single, “Alive”, was released; it peaked at number eight on the ARIA Singles Chart and gained a platinum certificate. In January 2009, a second single, “Someday Soon”, was issued which became Bassingthwaighte’s third top ten single on the ARIA Charts and was also certified platinum. The album was released on 20 February 2009, which debuted on the ARIA Albums Chart at number one and was certified gold.

In April 2009, the album’s title track was released as the third single. It reached number thirty on the ARIA Singles Chart. “Not For You” was released in July 2009 as the fourth single and it failed to chart. The fifth single, “Love Like This”, appeared in January 2010, which reached the Top 100. It was used to raise awareness by the Aids Council of New South Wales for the ‘Wear It With Pride’ T-shirt campaign in the lead-up to that year’s Sydney Mardi Gras parade. For 1000 Stars, Natalie Bassingthwaighte co-composed seven of its fifteen tracks, including “Alive” and “Someday Soon”.

In January 2011, Natalie Bassingthwaighte returned to theatre, performing at the Sydney Opera House, in Love, Loss and What I Wore, a play “about women, their relationships and memories”, where she co-starred with Judi Farr, Mirrah Foulkes, Amanda Muggleton and Magda Szubanski. On 28 August 2011, Bassingthwaighte told The Daily Telegraph that she had recorded several new tracks, with her single “All We Have” expected to be released soon. She said, “Everything is coming together … I did lose my mojo for a while, I just didn’t believe in doing something unless you’re totally up for it. I wasn’t feeling creative and then, suddenly, it was Christmas and it just felt right”. “All We Have” was released in September 2011 and it failed to chart. In February 2012, Bassingthwaighte was announced as a Moomba Monarch alongside Harry Kewell, the Australian socceroo. In December 2014, Bassingthwaighte and other Australian singers recorded a cover version of Kate Bush’s “This Woman’s Work” under the name “Hope for Isla and Jude”, and released it as a charity single to help raise funds for two siblings who suffer from the rare disease Sanfilippo syndrome. In September 2015, Bassingthwaighte reunited with her former band Rogue Traders, performing together for the first time in seven years, at a corporate show in Gold Coast. They later reunited again in December for a New Year’s Eve show, where they hinted at the possibility of future shows, and confirmed that Bassingthwaighte’s former replacement Mindi Jackson had given the band’s reunion her blessing.

Natalie Bassingthwaighte’s first television role as an actress was in a 1998 episode of the hospital-based drama series All Saints. In 2000, she had a guest appearance in an episode of The Lost World, playing the role of Raina. She gained greater popular acclaim on the Australian soap opera Neighbours, playing the role of Izzy Hoyland from 2003 to 2006. This was her first full-time television role. Upon securing the role, she relocated from Sydney to Melbourne. Bassingthwaighte was nominated for a Gold Logie Award for Most Popular Personality and a Silver Logie Award for Most Popular Actress in 2006, for her role on the show. Bassingthwaighte left Neighbours in 2006 to focus on her music career and filmed her final scenes on 2 June 2006. In March 2007, she reprised her role as Izzy Hoyland in scenes shot while on location in London in November 2006. Bassingthwaighte received another nomination for Most Popular Actress at the 2007 Logie Awards. Bassingthwaighte appeared in a documentary special celebrating the show’s 30th anniversary titled Neighbours 30th: The Stars Reunite, which aired in Australia and the United Kingdom in March 2015.

In 2008, Natalie Bassingthwaighte made her debut as a television presenter, hosting the Australian version of So You Think You Can Dance. She hosted the show for its first three seasons and received two nominations at the 2009 Logie Awards for a Gold Logie Award for Most Popular Personality and a Silver Logie Award for Most Popular Presenter.[49] She received another nomination for Most Popular Presenter at the 2010 Logie Awards.[50] From April to June 2010, Bassingthwaighte starred in the 13-part television crime mini-series, Underbelly: The Golden Mile, playing the role of Maria Haken, the wife of Trevor Haken who is a corrupt Kings Cross detective. The Hakens are a real-life couple, where the husband, Trevor, became an informant and witness at the Wood Royal Commission into police corruption. Bassingthwaighte’s character was described as “the adulterous and neglected wife” and her husband’s “drinking and neglect led [her] to begin an affair with another police officer”. In 2011, Bassingthwaighte replaced Natalie Imbruglia as a judge and mentor on the third season of The X Factor Australia. She also returned for the show’s fourth, fifth and sixth seasons. In 2015, Bassingthwaighte replaced Natalia Kills midway through the second season of The X Factor New Zealand after Kills was fired from the show.

In 2016, Natalie Bassingthwaighte starred in the two-part miniseries Brock, based on the life of Australian motor racing driver Peter Brock, playing the role of Julie Bamford, Brock’s girlfriend before he died. The following year, she became a contestant on the third season of the reality series I’m a Celebrity…Get Me Out of Here! Australia, where she competed for her chosen charity, the Sister2Sister program for the Life Changing Experiences Foundation. Bassingthwaighte made it to the show’s grand finale and placed third in the competition.

In 2003, Natalie Bassingthwaighte appeared in the telemovie Counterstrike, playing the character of Kelly. The following year, she filmed a part in Rohan Sprong’s student film When Darkness Falls—it was released in 2006 after editing. She portrayed the character of Jinx De-Luxe, which involved a performance of the Marilyn Monroe song “Every Baby Needs a Da-da-daddy”. In 2009, Bassingthwaighte starred in the Australian horror film Prey alongside Jesse Johnson, Christian Clark and Nicholas Bell, playing the role of Kate, an ambitious young surgeon working in the emergency department of a major city hospital.[59] Part of the plot concerned three couples who become lost in outback Western Australia—Bassingthwaighte remembered similarities to her trip to The Pinnacles. The film was directed by George T. Miller and grossed $744 at the box office in Australia. In July 2010, for a DVD release in the US, it was re-titled as The Outback.