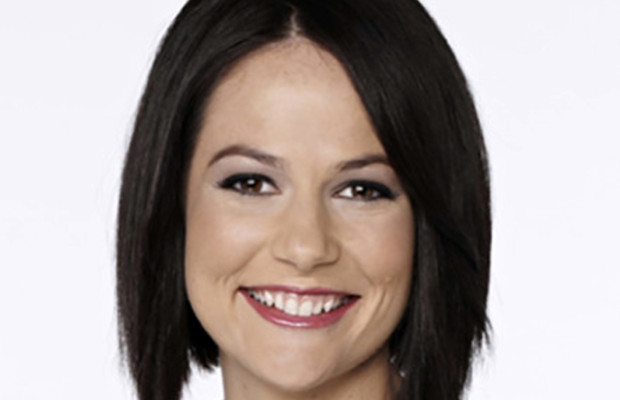 Natasha Exelby’s hilarious on-air blooper might’ve made headlines worldwide, but it didn’t save her job at the ABC.

The newsreader was caught playing with a pen on ABC News 24 and nearly jumped out of her chair when she momentarily failed to realise she was on-air.

While most found it hilarious, and plenty of journalists sympathised with the presenter, ABC definitely didn’t and swiftly took her off newsreading duties, instead giving her producer shifts.

The public broadcaster faced huge backlash over their decision to bench Natasha Exelby however counteracted that with a statement in April, insisting her lack of newsreader shifts had nothing to do with the blooper.

“Media reports that Natasha Exelby has been ‘banned’, ‘barred’ or ‘fired’ are untrue. Natasha is a freelance journalist who works as a contributor,” a statement by news director Gaven Morris read.

“Natasha Exelby has been rostered for various shifts and has been assured since yesterday that we want that to continue. While she is not currently doing any on-air shifts, this will be subject to normal performance management. I have spoken to Natasha and conveyed our regret that this has attracted such attention.”

And, despite the ABC claiming “no one would ever be punished for a blooper”, Exelby has slammed the broadcaster in a new interview with The Sunday Telegraph.

The veteran newsreader also slammed those who doubted the blooper was even real or was orchestrated for publicity.

“If that was the case I think some people give me way too much credit … and I should have been an actor,” she said.

An ABC spokesman confirmed to Newscorp this week that Exelby had indeed left the broadcaster.

“Natasha Exelby has chosen not to do some casual shifts she was rostered for. Natasha was not taken off-air because of a “blooper” and ABC News has been clear that we’re open to working with her again, including the possibility of future presenting shifts.”

According to The Sunday Telegraph since leaving the network, Exelby is now appropriately working in crisis management and consultancy for her company XLB Media.