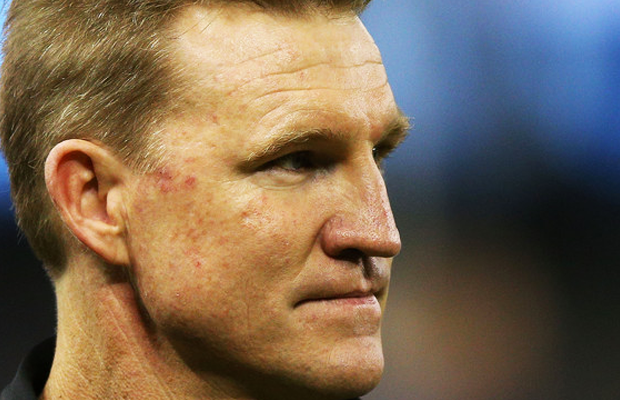 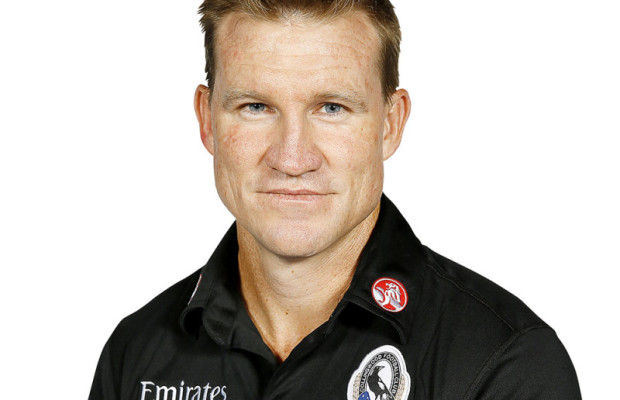 Nathan was born in suburban Adelaide, South Australia on 26 July 1972.Nathan Buckley’s family travelled around Australia quite frequently, and by the age of 12, Buckley had been to all major states on the Australian mainland. He grew up supporting Melbourne Football Club. However, Buckley spent the majority of his football developing years (aged around 10–17) in the Northern Territory, and thus has occasionally been regarded as a Territorian (he also played at the Ainslie Football Club in the Canberra-based ACTAFL for a season).

Under the (now defunct) State of Origin competition he was considered of North Territory origin and was selected for a combined Queensland/Northern Territory team and The Allies team, an amalgamation of players from Northern Territory, Queensland, New South Wales, Australian Capital Territory and Tasmania.

After months of speculation, Buckley signed a 5-year deal with the Collingwood Football Club. He was the assistant coach for the seasons of 2010 and 2011; he then became head coach in 2012, having taken over from Mick Malthouse, initially signing for a period of three years.

Collingwood began the 2012 season shakily, losing to Hawthorn in round 1 and being thrashed by Carlton in round 3. However they recovered to win their next ten matches and finish the home-and-away season in fourth place with a record of 16-6. They were defeated by Hawthorn in the Qualifying Final before bouncing back to defeat West Coast in the Semi Final. However they lost comfortably to eventual premier Sydney in the Preliminary Final at ANZ Stadium to bring an end to the 2012 season.

2013 started poorly for the Magpies, slumping to a 5-4 record after 9 games. They couldn’t quite find the consistency of previous seasons and finished the year in sixth place with a 14-8 record. They played Port Adelaide in their Elimination Final at the MCG and slumped to a shock 24-point loss, which caused Buckley to call into question the club’s culture.

Buckley’s contract was extended until the end of 2016 by Collingwood in early March 2014, however Collingwood produced a poor performance in round 1 and lost to 2013 grand finalists Fremantle by 70 points. They ended up missing the finals to finish 12th partly due to an injury crisis. Collingwood started the 2015 season at 3-1 as of Round 4 and a gutsy win against Essendon on Anzac Day in 100th centenary of Gallipoli landing.

Nathan Buckley has made several appearances on the AFL Footy Show as a panelist.

He was the central character in an advertising campaign by wireless broadband provider Unwired.

Nathan Buckley signed as a commentator with the Seven Network for the 2008 AFL season, and continued commentating in 2009.

Nathan Buckley made an appearance as a celebrity racer at the 2008 Australian Grand Prix in Melbourne, in which he came second overall.