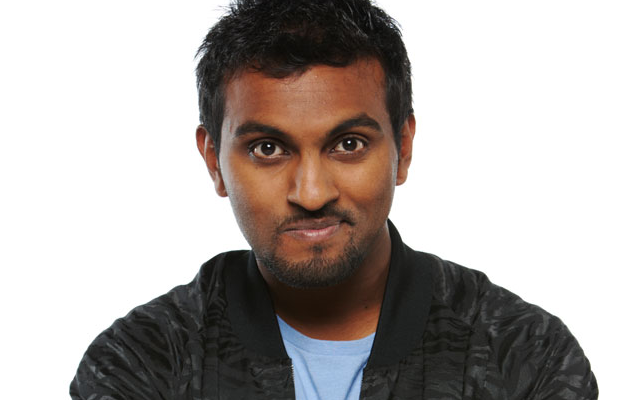 In 2010, Nazeem Hussain and Rahman performed their follow up show, Fear of a Brown Planet Returns at the Melbourne International Comedy Festival, Sydney Comedy Festival, and the Adelaide Fringe Festival. In the same year, Nazeem performed in the Cracker Night of the Sydney Comedy Festival Gala, televised on The Comedy Channel, whilst Rahman performed in the Oxfam Comedy Gala televised on Channel Ten. In October 2010, took part in a one-off concert with Azhar Usman, Preacher Moss and Mo Amer (Allah Made Me Funny) at the Athenaeum Theatre in Paris. In the same year, Hussain performed at the The Falls Music and Arts Festival and Southbound.

During 2011, Nazeem Hussain and Rahman performed their new show, Fear of a Brown Planet Attacks. In August 2011, they performed at the Edinburgh Fringe Festival. On the way home from Edinburgh they performed an impromptu show in London, after a friend of theirs organised a show in Brixton with two days notice.

On 31 August 2011, Fear of a Brown Planet Returns DVD and Blu-ray was released, which was recorded at the Chapel Off Chapel in Melbourne on 15 January 2013. It features the “best of” material from their 2010 sell-out festival show, also entitled Fear of a Brown Planet Returns, as well content from their debut shows. In December 2011 and December 2012, they performed onABC2.

In April 2012, Nazeem Hussain and Rahman played at the second show of the Melbourne Comedy Festival. In September 2012, they toured the United Kingdom, where they performed in cities including Manchester, Bradford, London, Birmingham and Cardiff.

In April 2015, he performed at the Sydney Comedy Festival in his first solo stand-up tour.

Nazeem Hussain is currently appearing in the SBS2 comedy series “Live at Bella Union” which is airing in Australia from 9 March 2014. Hussain has performed at the Oxfam Comedy Gala, broadcast on Network Ten and has also appeared as a panellist on the ABC’s Q&A and Network Ten’s The 7pm PM Project.

Nazeem Hussain has written and performed for television From 2005–2008 Hussain co-wrote and co-hosted Salam Cafe both during its time on C31 Melbourne produced by RMITV which won 4 Antenna Awards between 2005–2007 and then again on SBS TV in 2008, which was nominated for a Logie Award in 2009. This included his character “Uncle Sam”, an unamusing “fanatical imam”.

His other television appearances include Network Ten’s The Project, ABC’s Sleuth 101 and ABC1’s Q&A.

In 2011, Australian Story broadcast a documentary on the ABC about Hussain’s and Rahman’s lives in Australia as well as their debut performances in Edinburgh and London.

From 2011 to 2012, Nazeem Hussain appeared on The Comedy Channel’s Balls of Steel Australia as Calvin Khan the Very Foreign Correspondent. His self-created character, saw his episodes achieve the highest ratings of the season and he returned in season two.

In May and June 2012, Hussain was part of a panel for NSW Reconciliation Council and Sydney Ideas forum in Sydney to discuss the topic “I’m Not Racist But…” along with Steve Cannane, Jennifer Wong, Benson Saulo and Helen Szoke.

In 2013, Hussain guest starred in the ABC1 comedy series It’s a Date as Ashraf. He also starred and co-wrote the 10 part comedy sketch show Legally Brown broadcast across Australia on Monday nights on SBS, which included his characters “Uncle Sam”, “The Prince of Mumbai”, “Imran Farouq” – the fake guru and “The Hollywood Arab”.

Nazeem Hussain is a radio presenter for Triple J and has also regularly featured on Nova 100, ABC Radio, 3AW, 2UE, Radio Adelaide, and others radio stations.

In May 2015, he was interviewed by Tommy Sandhu on BBC Asian Network.