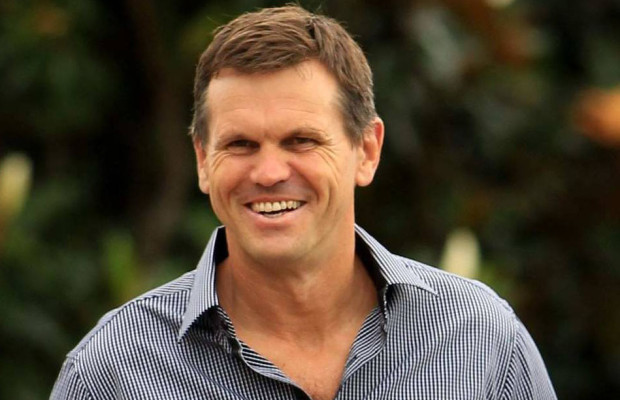 Paul Harragon was raised in the New South Wales town of Kurri Kurri, and played for Lakes United in theNewcastle competition. He joined the Newcastle Knights in 1988 and made his first grade debut in 1989 against the Balmain Tigers.

He represented and captained Country, New South Wales and Australia. He was named man-of-the-match in the second game of the 1994 State of Origin series. At the end of the 1994 NSWRL season, he went on the 1994 Kangaroo tour.

Paul Harragon captained the Knights to the 1997 ARL premiership title in a grand final against Manly-Warringah Sea Eagles, despite suffering from serious headaches and seizures throughout most of the season.

Between 1992 & 1998, Paul Harragon was a frequent choice to play for the Kangaroos. During the 1992 Great Britain Lions tour of Australia and New Zealand, he helped Australia retain The Ashes. All up he scored three tries while representing his country. He missed the 1995 World Cup final due to injury, with Gary Larson being flown in to replace him. That year it was reported that Harragon would receive $1.2 million to secure his loyalty to the Australian Rugby League in addition to $700,000 per season for the next three seasons.

In 1996, Paul Harragon captained the team in a World Cup Test against South Africa, and in 1997 he played in a match against the “Rest of the World”.

In 1999, Paul Harragon participated in the first rugby league game to be played at Stadium Australia. Later that year, after playing 169 first grade games in a career lasting ten years, Harragon retired due to an ongoing knee injury mid-season.

Paul Harragon has since become a media personality, working for local Newcastle station NBN Television, before joining Channel 9 as a member of The Footy Show panel (on which his “That’s Gold” segment became immensely popular), and as a football commentator. Following format changes to the programme before the 2009 season, Harragon decided to leave the production.

On Saturday 1 September 2007, his single “That’s Gold” debuted at #8 on the ARIA Singles chart and #2 on the ARIA Physical Singles Chart. The song was distributed by Destra Entertainment/MRA Records. “That’s Gold” is a parody of Spandau Ballet’s 80s hit “Gold”.

Paul Harragon was also a director of and is a life member of the Newcastle Knights, and is spokesman for NIB Health Funds and Subway.

In 2016, Harragon became a contestant on Network Ten’s second series of I’m a Celebrity…Get Me Out of Here! Australia.