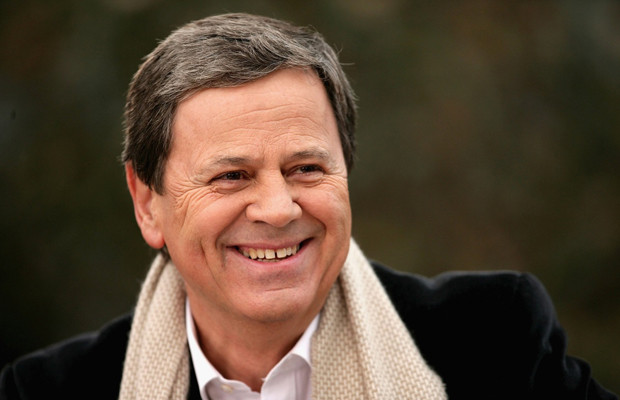 Ray Martin began working for Australian Broadcasting Corporation (ABC) in Sydney as a cadet in 1965. He was appointed the ABC’s New York City correspondent in 1969. Over the next 10 years his coverage included race riots, anti-Vietnam War protests, Olympic Games and presidential elections for news and current affairs television and radio, from Four Corners andThis Day Tonight to science and religion programs.

In 1978 Ray Martin joined the Nine Network to launch 60 Minutes, along with reporters George Negus and Ian Leslie.

Ray Martin hosted A Current Affair from 1994 to 1998 and went on to present three series – Our Century, The Great Debates and Simply the Best – before returning to 60 Minutes to do special reports. In 2003 he resumed as host of A Current Affair. It was announced in December 2005 that he would become Nine Network’s Senior Reporter. This quashed much speculation that he would return to Four Corners at the ABC, as the fluctuating ratings for A Current Affair had decreased. Over the past few years he has assisted in reporting with some major events including the Indonesian tsunami disaster in 2005. Former Today Show co-host Tracy Grimshaw replaced Martin on ACA at the beginning of 2006. He was then a senior correspondent for Channel Nine. He has also hosted diverse television events, from the Logie Awards, Commonwealth Games, World Cup Cricket, 1988 Bicentenary Spectacular and Federal and State Election nights to the aftermath of the September 11 terrorist attacks. From 16 September 2007, Martin took over as co-host of Sunday replacing Ross Greenwood.

Martin left the Nine Network in February 2008, allegedly due to differences with management over budget cuts and a time slot change for theSunday program.

On 28 March 2008 it was announced that Martin would lead the official broadcast of the World Youth Day event in Sydney from 15 to 20 July 2008.

In October 2008, Ray Martin criticised the Nine Network and other commercial television operations during an address at the annual Andrew Olle Media Lecture. The subject of Martin’s criticism was an alleged “dumbing down” of journalism and news coverage.

In 2014, Martin was the presenter for the SBS series First Contact. In 2015, he will feature on the SBS Australian version of the popular international franchise genealogy television documentary series Who Do You Think You Are?.

Martin was awarded a star on Caloundra’s Walk of Stars in early 2007.

Martin was appointed a Member of the Order of Australia on 26 January 2010 for service to the community through voluntary roles with charitable, Indigenous, health and sporting organisations, and to the media as a television journalist.

Martin was awarded the Centenary Medal on 1 January 2001.